In Praise of Radical Resiliency (and existentialism) 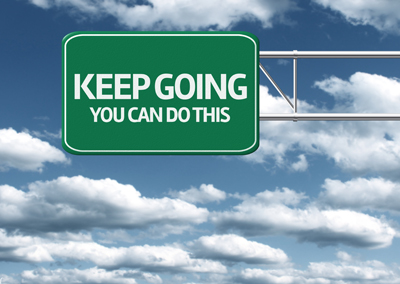 My love affair with existentialism began the day my high school French teacher assigned the class to read Jean-Paul Sartre’s classic play, “No Exit” – in the French language no less. My takeaway from Sartre was and remains very simple: we always have a choice. Which is why my ears immediately perked up while listening to an episode of SAP’s Coffee Break with Game-Changers radio broadcast. Hosted by Bonnie D. Graham, the show was entitled, Radical Resiliency – Start Your Engines, People! – Part 2.

In case you didn’t catch it, Part 1 of the series defines radical resiliency as adaptability, reframing and intelligent optimism. This second part pivots to concrete ways people can become more resilient, especially in our age of constant disruption. There’s much more about the traits of resilient leaders, but here are some excerpts from this motivating conversation.

Bill “Mr. Simplicity” Jensen, IBM Future of Work Futurist, called radical resiliency “the intersection of knowing yourself, a willingness to be vulnerable, and picking and choosing what are the best hardships for you, yours goals and dreams. Being able to combine all three create radical resiliency.”

One of Jenson’s main points was that there’s so much overload in our very disruptive world that people feel like choices are being forced upon us. Instead, he posited that, “We have the choice to choose. The most important thing in radical resiliency is the ability to reframe that most of the choices I have to make today are within my power and I can do it…really knowing who you are, when all the choices are new, is what you draw upon.”

Cut through the digital clutter

With so much clutter and buzz in the universe, people often don’t know where to look, making mindfulness particularly important when it comes to resilience. “To be mindful literally is to stop, to slow down…it’s pulling away from that overwhelming [state], and not jumping at stuff, but really slowing down and thinking,” said Eileen McDargh, Chief Energy Officer at the Resiliency Group.

Arguing that stress has an undeservedly bad name, Dr. Terry Paulson, a PhD psychologist from Paulson and Associates, said people need to find a balance.

“What gives us meaning, what gives us that energy, is knowing that demands are placed on us. Now the real trick is how do you find that ability to find that middle zone where you have enough demands, enough stress to be excited, to be able to be creative and innovative, and not so much that you become distracted to a point where you can no longer function effectively,” he said.

Paulson also suggested replacing the word anxiety with excitement. “[Say] I’m excited about this opportunity,” he said. “Use that energy to help give you the kind of energy you need for a great performance.”

Exercise your ability to change

According to Kathy Dempsey, President of Keep Shedding! Inc. and founder of The Shedding Revolution, people can overcome their fears by understanding the cycle of life, staying in the here and now, and being courageous.

“From the time you got your cord cut until the time you shed your body, life is a continued process of embracing the new and letting go of the old,” she said. “I believe it’s the Number One most essential skills for work and life, and it’s all about [building] those resiliency skills, just like going to the gym…if we’re able to stay in the now, we’re able to manage the next now, and the next now…the biggest step is just taking action. We all experience fear, but fear plus action equals courage.”

As a high-schooler, the concept of always having a choice opened my eyes to a way of life I’ve never let go of. Who knew it would become even more critical to resiliency today.

Radical Resiliency – Part 1: 5 Essentials to Cope with Most Anything