Robotics and Future Potentials for SAP

This was an event organized for young people all over the world by WORLD ROBOT OLYMPIAD (WRO) Association.

Each county has their National organizers who are responsible for organizing the regional and national competitions and best teams qualify for the international WRO final. This time WRO finals is held in New Delhi, India. 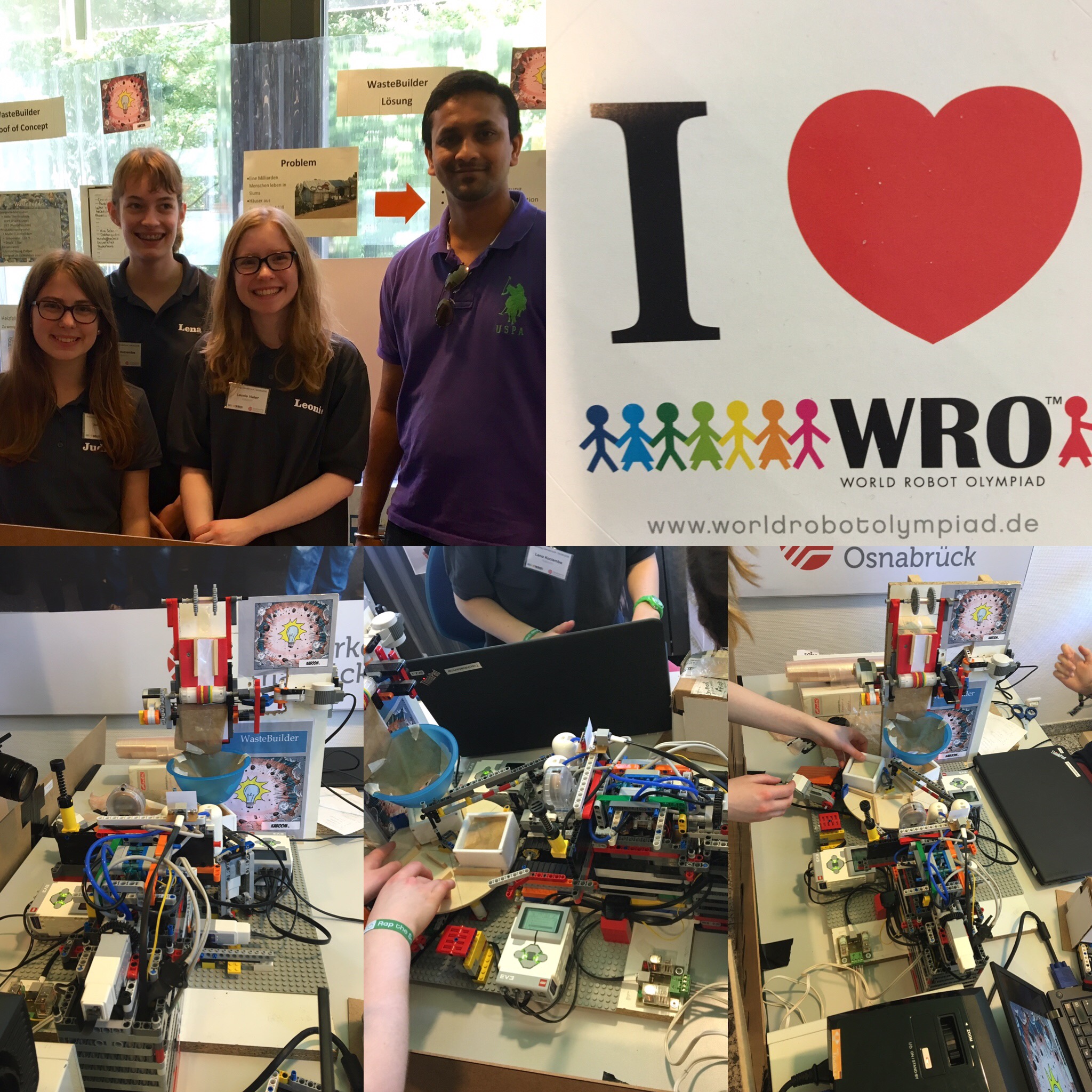 SAP is one of the main sponsors of the World Robot Olympiad. The SAP IT Academy and d-shop has taken the initiative to sponsor 10 teams of young people between 8 to 19 years of age to participate in the Open Category 2016 WRO.

The teams were challenged to build their own model of a robot by using any kind of technology or programming language. Colleagues from SAP IT Services mentored these sponsored teams to build the model which were presented at the regional and national competitions.

Out of 27 regional competitions we had 30 teams taking part in the National Finals which took place in Ludwigshafen, out of which top four teams were selected to the International WRO Finals and in the top four teams three teams were SAP IT Academy sponsored teams. Now these teams are going to be representing Germany in the International WRO finals.

Efforts put into the event by mentors Hao Hu, Olaf Mackert and Sanjay Bangalore Shivanna from SAP IT Services were appreciated by the organizers, for their valuable time and inputs for this particular initiation taken by SAP IT Academy and d-shop. we also wish good luck to their teams for the finals.