On June 22nd the Eclipse Foundation released the Neon release which is the newest version of the Eclipse platform. This release brings some nice new features that can directly be used in the ABAP Development Tools:

More details about these features and also other new features can be found on Eclipse’s “New and Noteworthy” page.

These features are generically provided by the platform and all editors based on the platform (also the ADT editors) benefit from it. This demonstrates how the ABAP Development Tools benefit form the platform it is based on. 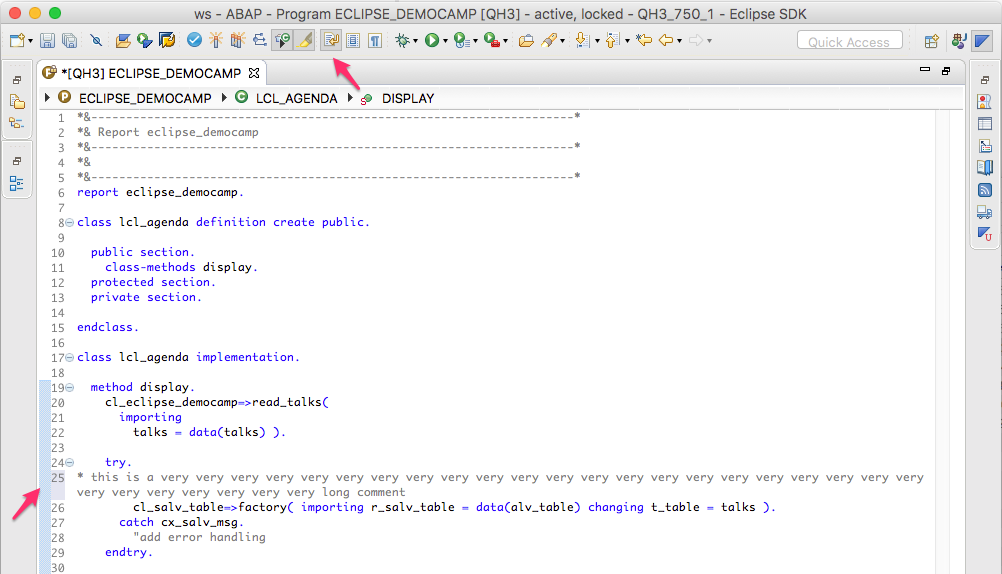