It is the first process (server) to be started based on hostname, port, customer hardware key, and executable path.

It is also used to handle the lock requests that are initiated from dialog instances. There will be only one message server in the entire system. It is monitored in SMMS (MSMON or SAPMMC).

It is a motivation to deploy additional instances/configure load balancing based on the load generated by functional area.

It is configured when more than one instance is available in the landscape. Identify the functional load in the ST07 and based on that define logon load groups.

Identifies the total number of Dialog steps based on functional modules. Allocate an instance for every 250 people.(Don’t load on CENTRAL INSTANCES)

Keep it as free as possible to monitor all the instances.

Define SMLG and define the above groups and assign. 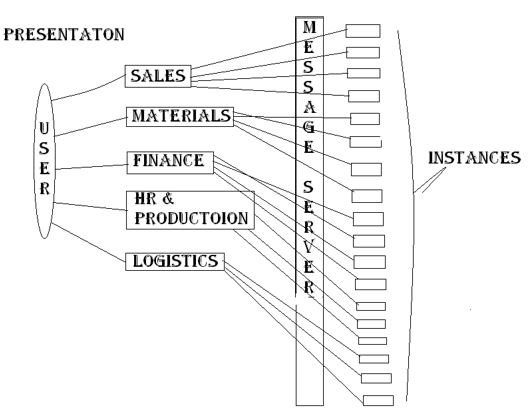 The above details are mandatory to be maintained on the all presentation server.

Similarly, RZ12 is used for background or RFC communication.

Select the logon group server–>specify the description–>Specify message server name–>specify logon group and save the entry.

Message server listens on port 3600 and requires sapmsg.ini on all the presentation servers.

Message server is also used to provide locks to the dialog processes which are coming from other than Central Instance.