The last main set of new features of the planning engine was shipped with the release of SAP Business Warehouse 7.5. I just want to recall the FOX enhancements on reference Data Selection and Modularization (see SDN blog on ‘Planning Engine Improvements for BPC Embedded Model, PAK and BW-IP with BW 7.50).

Basic new features like planning on aDSO in connection with B/4HANA  in the cube like scenario were done.

Of course we also support our journey to make BPC embedded more flexible for planning use cases and combine BPC standard features with the central IT governed BW models.

Let us have a glimpse to each of the topics in detail.

We now have reached a good functional rounded feature set for PAK and BPC embedded as explained also in older blogs on PAK article ‘Moving from BW-IP to SAP HANA-optimized planning with the new Planning Applications Kit (PAK)’ or on ‘Further Improvements on SAP HANA-optimized planning with the Planning Applications Kit in 2014’) and BPC blogs Unifying BPC-NW and BW-IP).

You might remember that with BW 7.4 SP8 (see Further Improvements on SAP HANA-Optimized Planning with the Planning Applications Kit in 2014) we introduced in FOX the ability to access data from a second aggregation level. At this time FOX scripts containing this feature did only run in the ABAP application layer and for PAK we had to pull the data from the planning buffer to the application layer, process the FOX in the ABAP layer, and push back the results to HANA. So it was running with PAK but not HANA optimized. With HANA revision 102.4 we now also support such kind of FOX with optimized execution in HANA. At the beginning we still have some exceptions here: when using a (programming-) variable of type key figure name (TYPE KEYFIGURE_NAME) and using this together with the INFOPROVIDER statement (like in FOREACH loops where InfoProvider and the variable is used) we still  use the ABAP runtime.

All other should cases now run smoothly HANA optimized. A typical example is

In addition with BW 7.5 SP1 we do now support the HANA optimized runtime with PAK for cube like aDSO planning as well as for local providers. Also we did some improvments on HANA enablement of create combinations in planning function.

Above you see the parameter screen that is diplayed before the actual upload (after the variable prompt) when running a planning sequence containing an upload planning function which. You can specify basic format settings of your csv file like the row where the data starts, the header line and the separator sign. With this popup you can overrule the default settings that you have specified when defining the planning function. 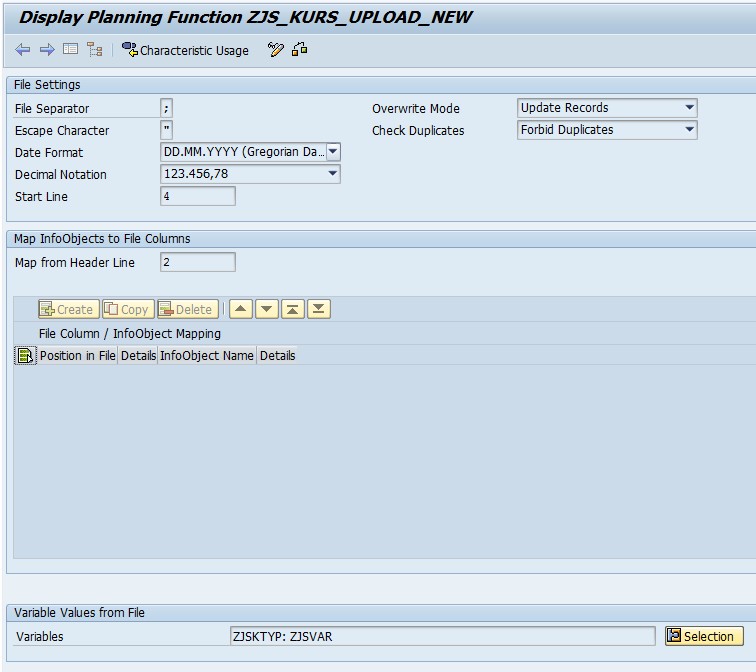 We do not have yet an integration from AO side, but a small PoC was done and can be seen on following video.

In order to setup the comments on hierarchies with postable notes you have to do following steps in the query modelling:

Then you can start using the short text in your query. 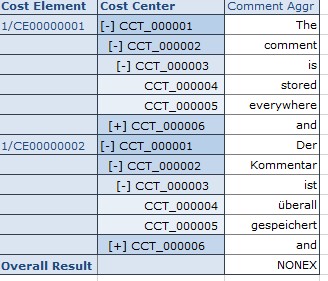 To get an impression, see also the small video

With the switches described in note 2336160  it is possible use the following optimization: The system determines if a manual data change in one input-ready query is simple enough to by-pass the analytic engine and to rebuild the result set locally just based on information contained in the result set. This infrastructure only computes the changed data cells and does not touch anything else. The clients may then consume only the changed and recalculated cells.

If the switches are set the system checks whether delta computation is possible (in each server round trip). If delta computation is possible the changed cells will be computed and the client will be notified that a call of the analytic engine might not be necessary to rebuild the result set. The client might still not consume the changed cells only because of some reasons mentioned below. If this is the case the client calls the OLAP to rebuild the result set. But if the query is simple enough the client might consume only the changed and recalculated cells to update the result set. Particular in wide area networks we expect significant performance improvements. In order to enable delta rendering, run report SAP_RSADMIN_MAINTAIN. Insert object RSBOLAP_DELTA_MODE with value X. Then with AO 2.3 delta rendering is triggered as long as the prerequisites above are fulfilled.

Alternatively for test purposes you can also use the user SET/GET parameter RSBOLAP_DELTA_MODE to enable it for some test users.

Characteristic Relationships on DSO with projection on subsets 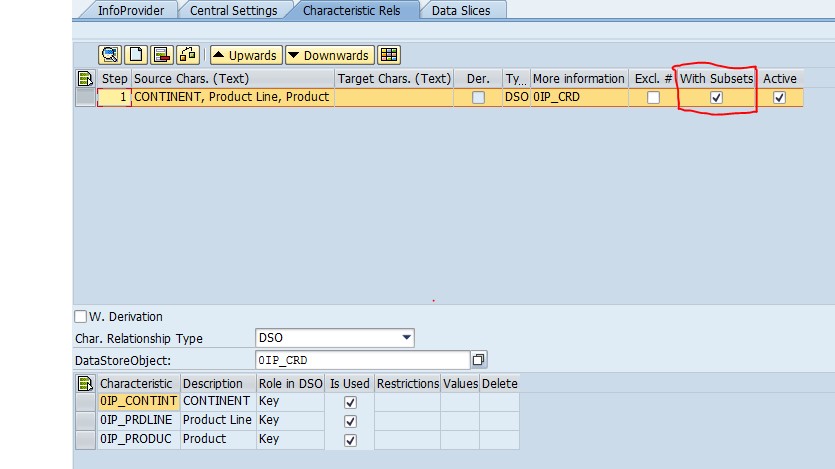 As from SAP BW 7.4SP 9 onwards the new basic InfoProvider aDSO was introduced combining cube and DSO advantages in one InfoProvider type with HANA. See SDN article on aDSO for more details. With the shipment of SAP BW 7.5 we enabled planning on aDSO in case of cube like scenario(flag ‘All Charachterisitcs are Key, Reporting on Union of Inbound and Active Table’ is marked). Also see the article Planning Engine Improvements for BPC Embedded Model, PAK and BW-IP with BW 7.50. As mentioned above we have enabled the HANA optimized planning of the cube like aDSO as performance improvement with the first support package of SAP BW 7.5. Now with the feature pack of SP 4 we also enable the direct update like aDSO for planning and in the same time also enable it for HANA optimized runtime. 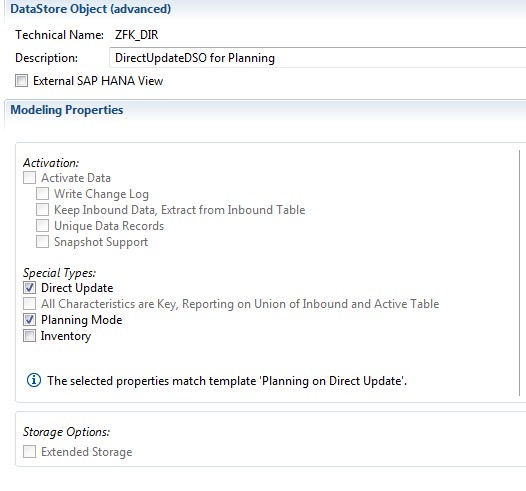 The main difference to the old direct update DSO are often hidden to the enduser and also to administrator at first glance. However, for the aDSO we have 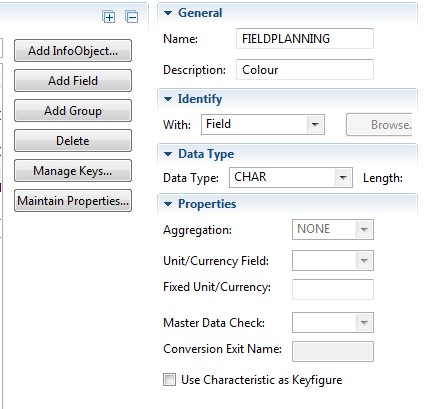 When creating a direct update type aDSO you have also to maintain the key fields. 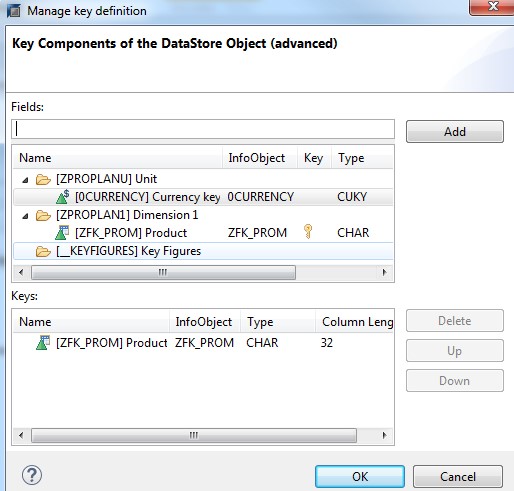 As for real time InfoCubes we still have some features in aDSOs that are available in the general case but not in planning scenarios. However when using an aDSO for direct update we could get ride of some of these limitations: in this case fields (instead of InfoObjects) are allowed as well as InfoObject of high cardinality.

The rest of the modelling of the planning artifacts is also very similar to the case when uisng an InfoCube. For example you use attribute for planning e.g. for short texts as in the direct update DSO. 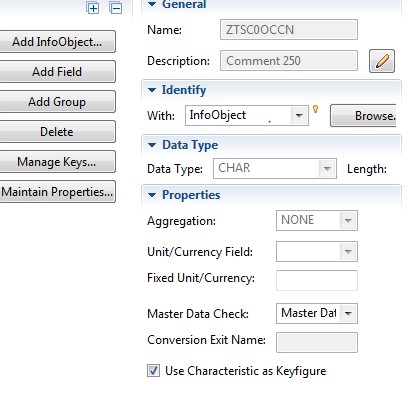 Also transaction RSPLAN can still be used to enriche aDSO with planning meta data like assigning characteristic relationsships and data and build planning functions on top. 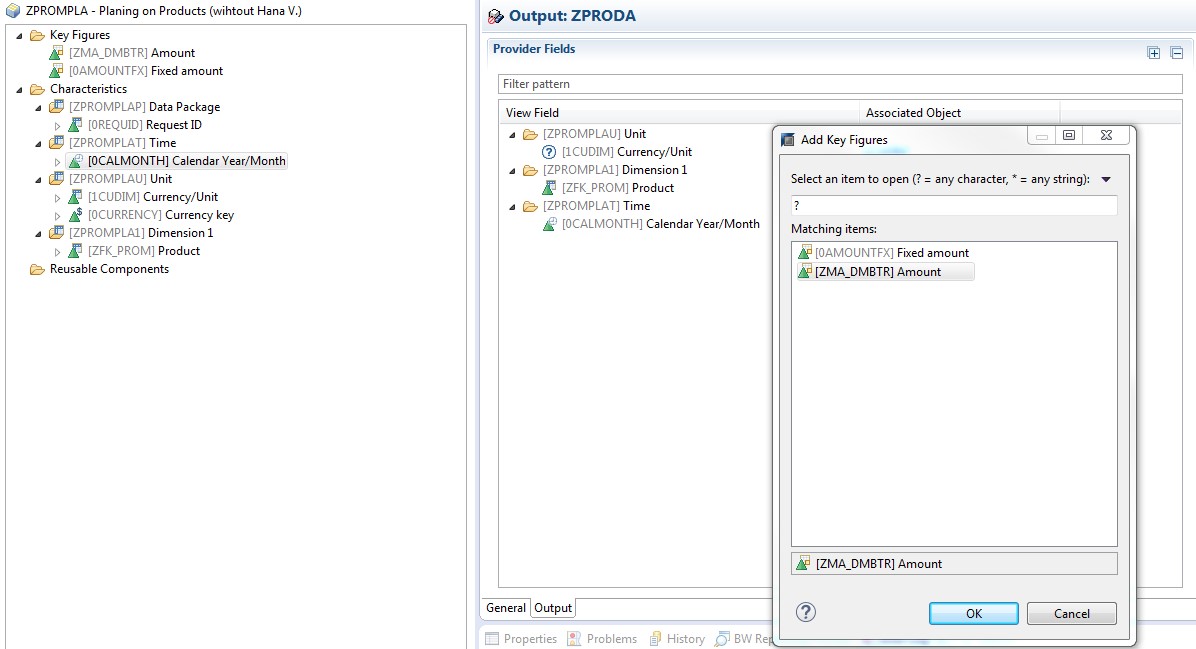 Beginning with Analysis Office 2.3 patch 1 it should be able to create restrictions as end user. So far it was only possible to create them at design time e.g. from the central IT in the query designer as restriction or RKF. In the first version we had have restrictions on hierarchy selection, plan queries and reuse in worksheet created calculations. Those will be lifted in upcoming AO patches and backend note. Open restrictions at the moment are the input readiness of those restrictions on the fly and the possibility to edit them. Here you need to delete and recreate them. A small demo is shown in video.

As mentioned above the creation of the basic provider in the BPC embedded model is not done by the line of business (LOB) in the BPC admin client but by the central IT administration. To facilitate the modelling of LOB owned providers we very soon introduced the local provider. However, one still had to use the BEx Query Designer to create queries on top or the provider. With BW 7.5 SP4 you now can model local queries on top of local provider in the BPC web tool. The creation of local queries on local provider is only one of many scenarios also usable for building fast prototypes. The main purpose is to leverage central object like provider and queries and extend them only locally. So a user can pick a central InfoProvider like InfoCube, aDSO or composite provider as a model. This then can be extended in the BPC embedded workspace query designer (WQD) with local basic key figures and a local queries. In this case also central queries could be leveraged.

The example of use case 1 a on the central composite provider is shown in video.

The story for local provider was so far in BPC 10.1 incomplete. One could upload csv into a local provider, but further consumption with queries within the LOB environment was limited. Only in AO on could build some layout and query view features on top of the default query (see videos Report Direct On Excel   and Planning Direct On Excel ). Now with the local query one can further enhance the consumption possibilities by adding filters, planning enabled key figures etc. (see  Planning On Exce With local Query )

The example of use case 2a is shown in the following Local enhance central designed query. Here one goes on step further 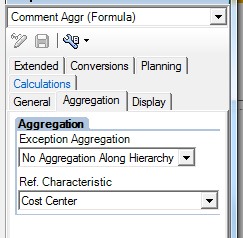 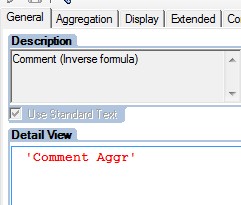