It was again a busy quarter for SAP Labs Bulgaria with a big number of educational activities. We managed to reach a vast number of students and motivate them to work harder for their personal and future professional development.

In April SAP representatives visited the Spring conference of The High-school Student Institute of Mathematics and Informatics where students presented their projects related to mathematics and informatics. All in all, 44 projects were submitted. 4 teams out of those were  mentored by colleagues from SAP Labs Bulgaria and received recognition for outstanding performance. Their projects were on the topics of intelligent agriculture, robots and gesture control, and others. This will be the second year in a row that SAP Labs will take part in the event and will help prominent students with mentorship, lectures and awards. 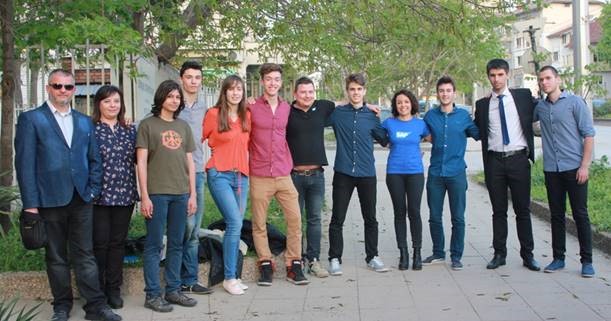 With the support of SAP Labs Bulgaria the first of its kind Laboratory for robotics opened doors onApril 15th at The Mathematics High School in Sofia. Its aim is to stimulate students’ interest in science and technology through robotics and LEGO robotics. 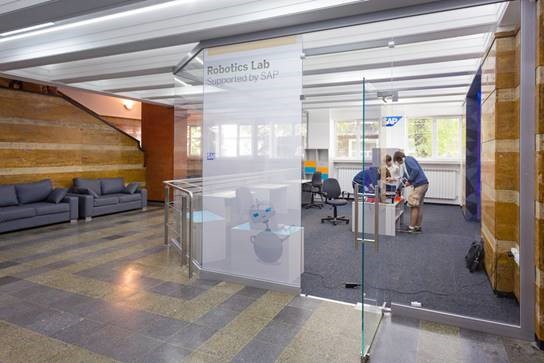 The second edition of our programming school for high school students, SAP GeekyCamp, had its official closing event at which the finalists presented their projects.In this year’s edition 12 SAP colleagues were mentors of 23 very talented youngsters, selected out of 189 candidates from 25 cities in Bulgaria. Another 40 students took part in the program virtually.

As tradition holds, the programming school started on 1st ofSeptember 2015 with an intensive two weeks full of lectures on technical and nontechnical topics- starting with Java and frontend technologies, going through data structures and algorithms, and at the end – design thinking. The students formed up into teams and during the following
months developed projects of their choosing, of course- with some help from their mentors.

10 participants with 6 project made the finals:

Three of the projects will continue to the National Olympiad of Information Technology where they will compete on a national level. We intend to make the next edition, SAP GeekyCamp 3.0, even bigger,more influential and more inspiring!

SAP colleagues gave tips on how to write an impressive CV and make a great impression at a job interview. The lecture was organized by the FMI Career Center at Sofia University “St. Kliment Ohridski “, as it preceded the “Forum of career development” at FMI. Its aim was to help students write better CVs when applying for a job. 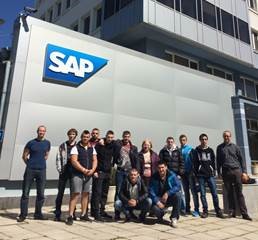 SAP Labs Bulgaria welcomed at its office a group of 10 senior year students from the Vocational School of Electrical Engineering and Automation (PGEA) in Sofia. As part of their “System Programming” curriculum, they visit different companies and universities with the goal to acquire better perspective on university education paths and options for career development. During this visit, the students were acquainted with SAP, what our company does, what specifically SAP Labs Bulgaria does and what processes we have. The most interesting part for the students was the tour of the office in which 2 colleagues, alumni of PGEA, guided the students around the building so they can feel the atmosphere in a software company and ask various question regarding the work of the software developer.

School visits and Back2School program, May and June 2016

SAP supported the 14th edition of the National Olympiad in Information Technology (NOIT). The national round took place this May in Hisarya. The Olympiad is one of the most prestigious competitions for students in the country. It is organized by the Ministry of Education and Sofia University in three rounds – internal school competitions, regional competitions and national competition. The students have to defend their IT projects and take a test.

All the medalists from the 5 categories in the competition received awards from SAP. We are particularly happy to share the success of the young people that also took part in SAP GeekyCamp with our colleagues as mentors. The gold medal in category “Applications” was won by the winners of this year’s GeekyCamp, Teodor Todorov and David Dimitrov who had Stoyan Vellev as a mentor. They won the Olympics with their project – ArchDrawer, which can be run from a phone. Another 3 teams that took part in GeekyCamp received medals or ended near the top of the ranking list, including the student who won the gold medal in the individual ratings. 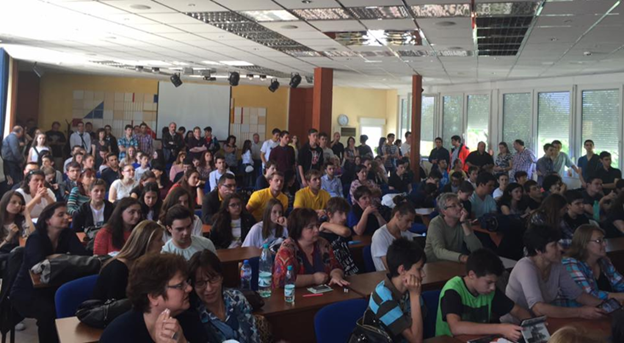 The seventh edition of HackFMI took place on the last weekend of May and was traditionally supported by SAP. The theme this year “Hack for Start” encouraged the 25 teams
to use a combination of good technical ideas backed up by a business plan.Three colleagues helped as mentors of teams – Encho Belezirev, Martin Vladev and Pavel Genevski, where Pavel was also part of the jury evaluating projects.

Some of the best projects were by: 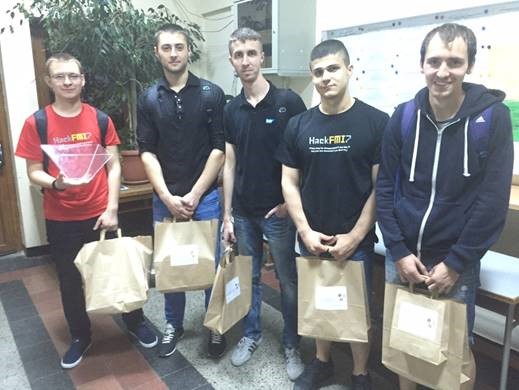 Robotics for Bulgaria Festival gathered over 130 students from across the country, June 2016

Robotics for Bulgaria Festival was held on June 18th.This is one of our biggest initiatives in the field of Corporate Social Responsibility, which aims to stimulate students’ interest in science and technology, while enabling them to work in a team in their schools. The festival attracted over 130 students and over 35 teachers-mentors from 17 schools.

The participating teams presented their team projects and robots in the festival on separate self-arranged booths and before a competent jury. Each team was evaluated on aspects of robotic design, robotic play, teamwork and project presentation.

The event was a success, bringing together young technology enthusiasts from all around the country. 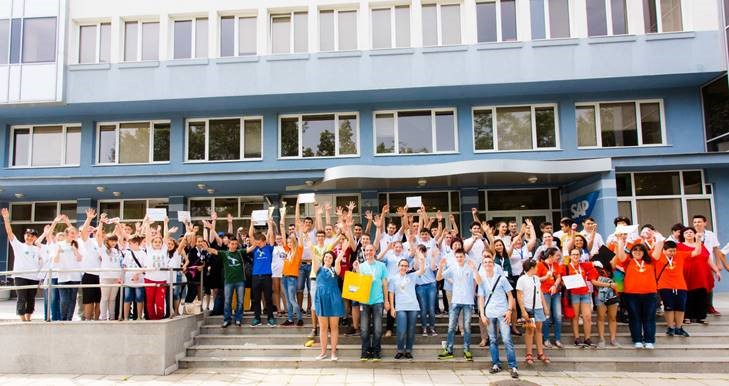 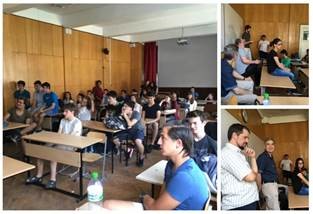 For third consecutive year, SAP and the Faculty of Mathematics and Informatics at Sofia University “St. Kliment Ohridski”, visited Sofia Mathematics High School “Paìsiy Hilendàrski”. The aim of the visit was to motivate students to continue their education in the field of information technology. Our colleague Hristo Dobchev shared with his high school audience why it is interesting to work in the software industry and what career opportunities exist in Bulgaria.