Getting (More) of What I Want: Lessons from Margaret Neale

As a new hire at SAPsv, I attended an orientation on my first day at the Palo Alto location. While I did learn a lot from orientation, perhaps the information I was most excited to hear was that there is a Silicon Valley Business Women’s Network (BWN) on campus. As a young woman just entering the professional world, the chance to meet and network with my peers, colleagues, and maybe even mentors within the company is one that I knew I should use to my advantage.

On my second day of work, I attended the BWN-sponsored University Speaker Series event with Stanford Professor Margaret Neale as she presented and discussed the topic of negotiation and getting more of what you (or in this case, I) wanted. I have to admit that I was intimidated by the idea of negotiating. Negotiating to me, felt adversarial in nature and if I were to engage in it, I would be viewed as too demanding, too aggressive, too greedy, too… bossy.

Despite my being a feminist and a loyal follower of Sheryl Sandberg‘s campaign to “ban bossy”; the idea of being described or even perceived as any of the aforementioned adjectives made me apprehensive. After all, I am fairly new to the working world and didn’t want to alienate myself right at the start of my career. 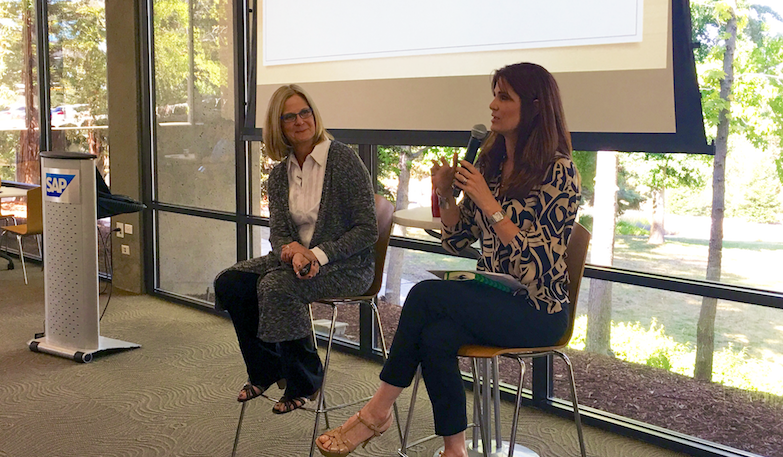 According to Neale, my fears and anxieties are quite common — especially among women. People often view negotiation as a sort of battle where only one party emerges victorious. This is the wrong way to approach negotiation, Neale said. Instead, it should be viewed as collaborative problem solving where each party is better off than when and where they started. Essentially, it’s all about getting to a good deal and not just a yes or no agreement. And it’s definitely not just about winning and losing. In fact, the way Neale described it, there really are no losers in negotiations — there’s only getting more or less of what you want, and if you end up in the latter situation, well, just keep at it and try again.

What if I end up being seen as those not-so-scary-now-that-I-think-about-it adjectives? Well, as Neale proudly declared: people at the top are seldom loved, and if love is what you’re looking for, go buy a dog. Why should I be afraid of being labeled as bossy when negotiations could actually make me a boss?