Gen Z, a Frappuccino for Your Thoughts

Much has been made of millennials as they have entered the workforce. As someone who almost majored in cultural anthropology – yes, I dodged that high-unemployment, liberal arts degree – I am always interested in generational shifts and trends. While I have learned a lot about millennial shopping habits over the years, what do we know about Gen Z?

A New York Times article, Move Over, Millennials, Here Comes Generation Z, said that they are the “first true digital natives.” So what does this mean for their experience of the physical world? I recently had an hour to kill at the mall with my Gen Z daughters – a perfect chance to see the digital natives in action. At first glance, it seemed like a fun opportunity to do something I used to do as a teenager – cruise the mall. At second glance, I realized it was an entirely different experience for them. Here’s why…

Our first stop was Starbucks for a Frappuccino. While I am still the one footing the bill, my 10 year old insists on getting her name on her order. She was a little bummed out when the barista did not even ask for our name. Gen Z note to retailers: Personalization matters.

Our second stop was the Gap to buy birthday presents for younger cousins. A kindergartner and a one year old girl were on our shopping list. As the kids were hunting around the store for the right gift, it became all about how soft the clothes were and what colors they liked the best. While this is nothing new, sometimes it is nice to see that some things never change. Gen Z note to retailers: Appeal to the senses.

They chose our next stops. First was the Apple store, because we saw it on our way to Starbucks – so location still matters. And second was the Microsoft store, because they had puppies in the window. Just kidding, they had two store employees playing a virtual reality game in the window. For Gen Z, this is the equivalent of puppies in the window – my kids rushed into the store to start playing with the X Box driving console and any other devices they could get their hands on. While they had been excited to go into the Apple store, they could not wait to get their hands on the games in the Microsoft store. When I asked them which store they liked better, they said Microsoft – hands down – because “there was something to do”. Gen Z note to retailers: Engage me and location still matters.

Last but not least, we cut through Nordstrom to get back to the parking lot. While I was curious to see the Service Bar in the center of the main floor, they saw no use for it. Granted, at their age they are not the target market for this retail service. But their reaction did make me wonder – like the Amazon Maputo lockers that appeared and quickly disappeared from a local shopping center – do we have to leapfrog traditional retail concepts to attract new generations?

In the 80s, Leslie Wexner built his kingdom on consumers like my friends and I – devoted Limited shoppers who flocked to his new concepts like Express, Bath & Body Works, Victoria’s Secret and more. A new floral print jean with a v-neck sweater was enough to draw us to the stores. With the glimpse I got into the mind of Gen Z store visitors, I wonder who will be able to draw the digital natives to their stores?

To learn more about how Retailers are digitizing their businesses, join us at the SAP Retail Forum in Miami on Sept. 12-14, agenda here, and check out this whitepaper, “Retail in a Digital World.” 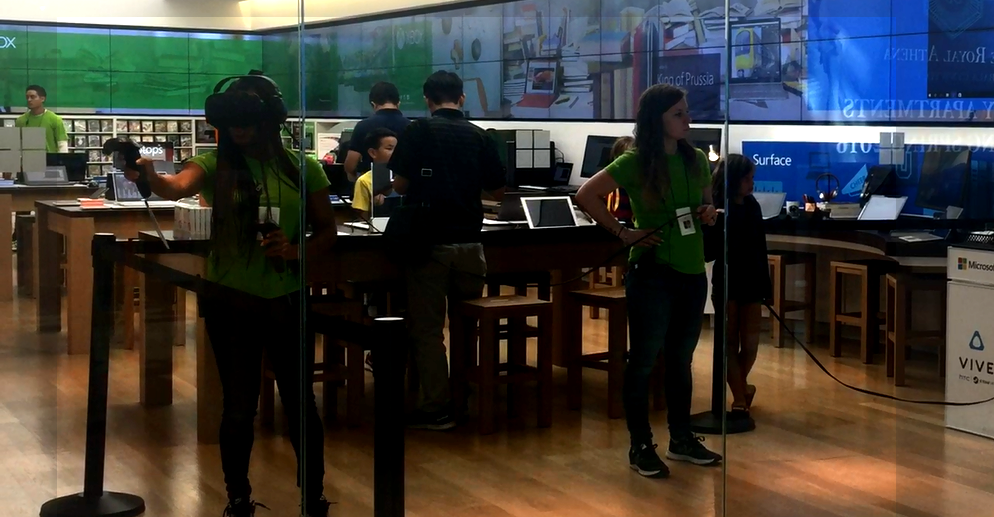