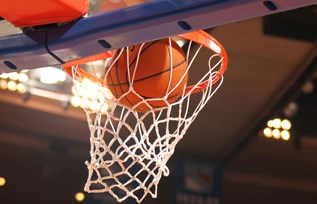 In the past, it lived in handwritten archives that were stored behind closed doors. Curious fans had to settle for the box scores in the newspaper, the next day. While it doesn’t seem that long ago, those days are long gone.

The NBA has always considered fans a part of the family and is laser-focused on increasing the fan experience in a multitude of ways. But it starts with technology.

NBA.com/Stats provides fans with live data so they can capture all the stats they want, when they want. SAP has even taken those historic stats (70 years’ worth) and crunched that data into the SAP HANA database. Speaking of historic, we just witnessed one of the greatest NBA Finals ever. And we’ve seen all the basic numbers on points per game, rebounds, assists, etc. But the NBA stats page goes far beyond the basics. For instance, during the 2016 NBA Playoffs, did you know…

*For all players who played more than 12 minutes a game*

The NBA is on the forefront of innovation, and the fans are noticing. Engagement is up 65% and almost a billion people access the NBA experience. But the NBA is also leveraging technology in many other ways, on the back-end. Watch this enticing video from NBA Commissioner Adam Silver, to see it all:

If you enjoyed this, consider:

The NHL® Connects Its Fans To The Sport With SAP