Calling and accepting nominations at  https://surveys.sap.com/SE/?SID=SV_eD1CM7IRRvkvWX

Robin also contributed to documenting the Q&A.  Questions and rough answers are below:

Q: Is SAP Mentor selection process static over time? If not what is the evolution – lesson learned – changes, etc…

Now have a year-round nomination system

Not limiting to two intakes

Dynamic, not only in SAP eco system

year round database, and database of nominations is being kept

Q: Any comparative analysis of the “free for all” nominations vs. old recommendation approach?

A: past, nominate peers

Changed free for all, had over 400 unique candidates

Q: Will there be the same priorities/focus for the next round of nominations?

Q:  If we nominated someone last time who wasn’t selected, is it safe to assume there’s no point in re-nominating them (i.e., they remain in the database and

A: It doesn’t hurt to renominate

If they weren’t selected, we get back to them and ask if they would like to stay in database for next round

It would be better to be kept in database, and opt-out

Q: Are self nominations still available in Fall?

Last time, 500 nominations, tasked with going through those nominations; some did not know

You can nominate at any time of the year

Q: Skill diversity wise – do we need to ask the current Mentors to update their skill list? E.g. many Mentors that “claim” ABAP are no longer ABAPers strictly

speaking. I’d guess this still consumes “the ABAPer quota” while there might be like 3 people who actually do ABAP daily

A: we need Mentors to update their expertise info so that our analysis of gaps in the Mentor Mix is accurate

Q: What about Desirable regions and area of expertise that were announced in last selection, are they still a criteria in the next one.

A: yes still valid this time

A: Diversity vs representation

We want Mentors from all over

Ensure community is representative of ecosystem

Diverse community is sought after, but should be at the same time representitive

Q: My question is about the vote, there will be a public link so people can vote? It will be a single vote per person? What are the limitations of this vote?

I ask this as if it were making a disclosure of my nominated, this would be a practice allowed?

It’s Not a voting process, its a selection and nomination process

Look at Mentors who nominate

Q: Is there a single brief answer I can give people at conferences such as TechEd when we are asked by a random person “How do I become a mentor?” – It seems such a loaded question.

A: Why would you want to be a Mentor?

What is it about the program that makes you want to be a part of it?

First start with Why you want to be a Mentor

Q:  What about current mentors who are not very active on SCN for a while, i.e. no contributions in the last year or two?

A: SCN is not the only way to contribute as a mentor

Could be active elsewhere

make sure Mentor ‘involvement’, but sometimes you outgrow (work, other responsibilities, etc) so they become Alumni

Q: Will you also search for the “new”  topic expertise mentors if they are not in yet in the community instead of using the nomination

Q: As you know technology is changing  very fast and there are alot of  things to study, work about. I wonder how SAP Mentors find time for so much sharings,

events, meetings, etc. How do you put  these things in limited times even w/o paid?

A: Matt Fraser: that is a powerful question. It isn’t easy, and this goes back to what Jason was saying earlier about how the level of participation will wax

and wane through the year(s) as other commitments (PAID work, for example) ebb and flow.

– Graham: it’s about personal development; I get more out than I put in – both professionally & personally

– Engaging in ways to make a difference

Greg Capps: The mentor program has also helped SAP products to provide product feedback and functionality misses before releasing to the world.  I have been amazed how quickly some of these misses were fixed before an anouncement or soon after

Fred Verheul: It’s all about passion

John Astill: the genuine altruism exhibited by a lot of mentors makes the program a privilege to be in

Q: Deadline for next round of nominations?

Announce by end of August 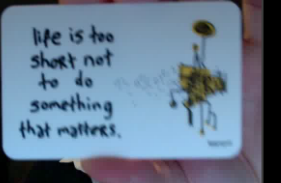 What is a SAP Mentor? is always up there with How do you become a SAP Mentor? Great to see some transparency in this process and a way to direct people to a source for nomination understanding.

I am happy I am still within the deadline.