“My Way of Giving Something Back”

Rimwaya Gustave Sawadogo – Gustave to his friends and colleagues – is no stranger to being in the news at SAP. Every spring for the past four years, he’s organized a project to import mangoes from his homeland Burkina Faso to sell to colleagues and friends in Germany. The goal is to raise money for the charity Direkthilfe Burkina, a relief fund devoted to giving children in Burkina Faso the best possible start in life. Interest in his impressive work has resulted in several blogs and articles, but as support for the campaign grows, so does the coverage. What started as an order for 50 boxes of mangoes back in 2012 has developed into a logistics operation to transport 16 tons of mangoes from the west of Africa to the heart of Europe. In this blog, Gustave explains why he does it and how it’s not just the children of Burkina Faso who benefit from the Mangoes for Schools project. 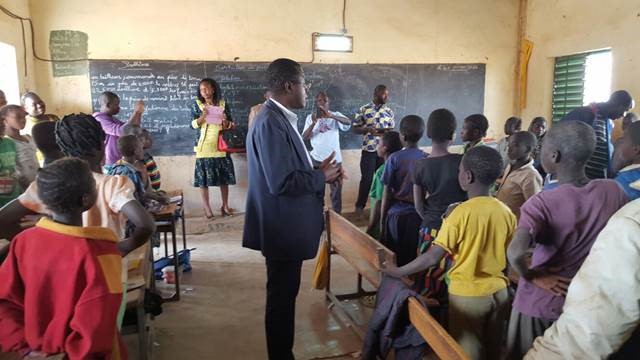 Life for the children in Burkina Faso is, as Gustave explains, very different to that of the children here in Germany. A lack of infrastructure means that children sometimes have to walk long distances to school. Direkthilfe Burkina, therefore, focuses its efforts on building schools as close as possible to villages (ideally fewer than 8 km or 5 miles away). So far, the mango project has funded the construction of eight primary schools, giving around 12,000 children the opportunity to have an education that would otherwise have been difficult if not impossible to realize. The funds raised during the 2016 mango campaign, however, will be used for a different purpose: “This year’s money is going to be spent on creating a school for blind children. The teacher of the new school himself is blind and he’s devoted his life to helping children with limited or no vision get an education. Of course, a good education is really important for all children, particularly for children with disabilities. But for girls who are blind, it’s even more essential.” With no education, the vast majority face a very bleak future, and are often physically and sexually abused. “When I heard about this teacher and what he was trying to do and how important it was, I decided immediately that I wanted to support him and the children he’s helping.”

Gustave is not alone in wanting to help – this year’s campaign has been the most successful yet. Blogs, word of mouth, and the Direkthilfe website have all contributed to the exponential growth of the project. But with every new order, the logistics of the campaign get more complicated. “That’s the major challenge – making sure everything runs smoothly and that ultimately the mangoes that are delivered to Germany are of the highest possible quality.” Even when the delivery time takes longer than expected, Gustave remains upbeat. “I have to say that’s one of the highlights. It sounds strange, but when the truck arrives late and yet there’s still a long queue of happy smiling faces waiting to meet you, it’s an amazing feeling.” 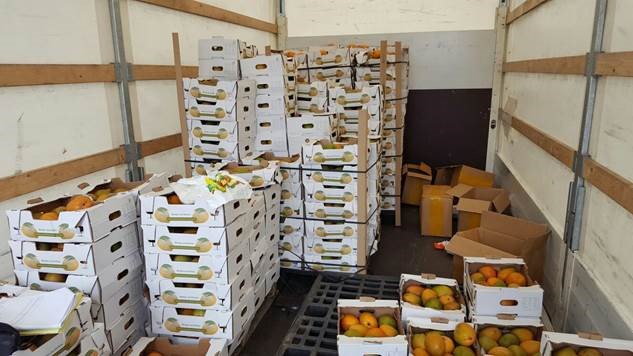 Just some of the 16 tons of mangoes delivered this year

Gustave is clearly not the only person to benefit from the project – his colleagues and, of course, the students and teachers at the schools he’s helped finance are also very happy with the results. What might surprise some people, however, is the extent to which Gustave feels he has profited from the mango campaigns over the years: “I’ve had to learn a lot of new skills, particularly with regards to business know-how. I’ve learned how to reach and attract new customers, I’ve learned an incredible amount about logistics and supply chains. I’ve been able to transfer these skills into my day-to-day work. But more than anything, the mango project has opened doors for me – it’s made me more visible, and that in turn has allowed me to explore new opportunities here at SAP.”

One such opportunity resulted from a combination of both the charity work Gustave does and a fellowship he completed two years ago in the SAP University Alliances team. Gustave now dedicates 30 percent of his working hours to a project to promote SAP among the universities of Francophone Africa. “I visit the universities to promote SAP,” explains Gustave. “SAP has a number of successful partnerships with the universities. While I’m there I also hold presentations for the students. I show them what SAP does and how they can become a part of it.” This year for the first time Gustave will be showcasing not just SAP, but also his department, SAP Globalization Services. He’ll be explaining how important the localization of SAP’s software is – and how the students can get involved.

At the end of June, Gustave received a surprise mail from Bill McDermott, who praised him for his “amazing commitment to the community – and for being a great ambassador for SAP.” He’s also been contacted by a team of developers who are interested in creating an app to help simplify the mango ordering process. “Seeing the charity project turned into an SAP app would be a huge moment for me,” Gustave adds.

While he admits the Mangoes for Schools project is not always easy (“You need to have a lot of patience!”), his motivation is simple: “I’m very thankful for all the support. I have great colleagues, friends, and neighbors who all want to give something back. My goal is to give the students the same opportunity that was given to me – this is my way to give something back – and that’s what drives me.”