Yesterday was the first full day for Pannie, Markus, and I on our assignment at ELO (http://www.site.eloapoio.org.br/) and our aim was to get a more comprehensive understanding of the set-up and processes taking place there. In order to understand the complete “student lifecycle”, we were invited in the morning to attend a session where about 60 students between the ages of 14 and 19 were being briefed before attending their interview for a place on ELO’s Plantando Futuro (Planting the Future) project that aims to place youths in the labor market. Prior to attending the event, students would have typically filled out an application form asking questions about their family situation at home (many of them come from broken homes, foster homes, or possibly even from the streets), whether they have drug or alcohol addictions, what the total family income is (ELO supports youths from low income families), whether they can read and write in Portuguese, and whether they are still at school and/or working. A number of youths had been accompanied to this event by their parents for support, which I believe illustrated the importance that they attached to this interview day. The presenter of the briefing session provided the youths with a number of tips that they should take into consideration during their interview, such as wearing suitable clothes, remembering to take off their headphones, not checking messages on smartphones during the interview, and not to spend the whole interview looking at the floor. Natalie, the project manager intern at ELO who accompanied us to the event explained that often these youths have such low self-esteem that they find just looking at the interviewer eye-to-eye is a challenge.

Later, we went to a class of students that had passed the interview stage and had already been at ELO for a few weeks. Here, the students were invited to introduce themselves to us, tell us about their family situation, their hopes and what they hoped to achieve at ELO. I was really inspired by the students’ stories and their motivation for being at ELO – the 18 year-old mother of a 10-month-old child who was attending the ELO course and also studying in the evening who hoped to grow both professionally and personally while being at ELO, the student who said his idea of success would be to have a house and to be happy. There was a student who had also returned to ELO after graduating once before in order to obtain additional skills. The students were also able to ask the three of us questions and one of these included “We youths are the future. What advice would you give us for the future?”. We told the students that they should live their dreams and not be afraid to make mistakes, but to learn from them. 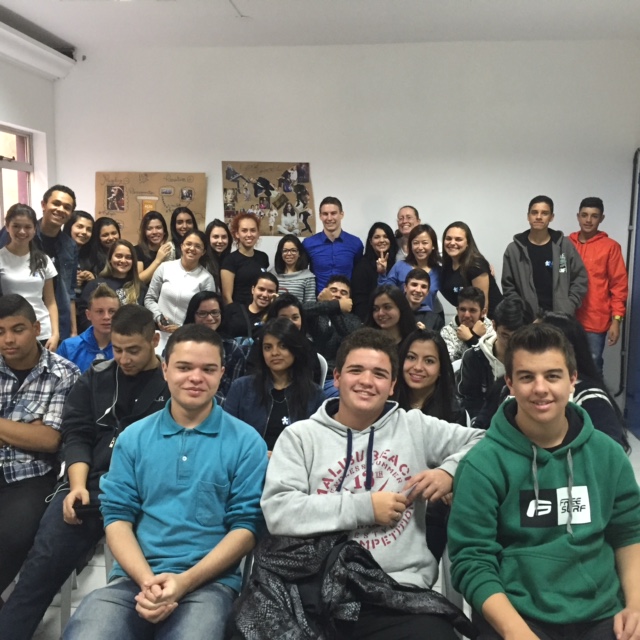 During one of the last sessions of the day, we had the opportunity to watch students, who were in their 6th month at ELO, present their business ideas as part of the entrepeneur module that they go through. One idea was the development of an app that could be used to track the position of the bus that the student was trying to catch. In the case where a bus was running late, this information would help the app user to decide whether or not to take an alternative bus, or whether to wait in a different, safer location if the anticipated waiting time would be too long. What a great chance for the younger generations to start trying out their entrepeneurial skills! 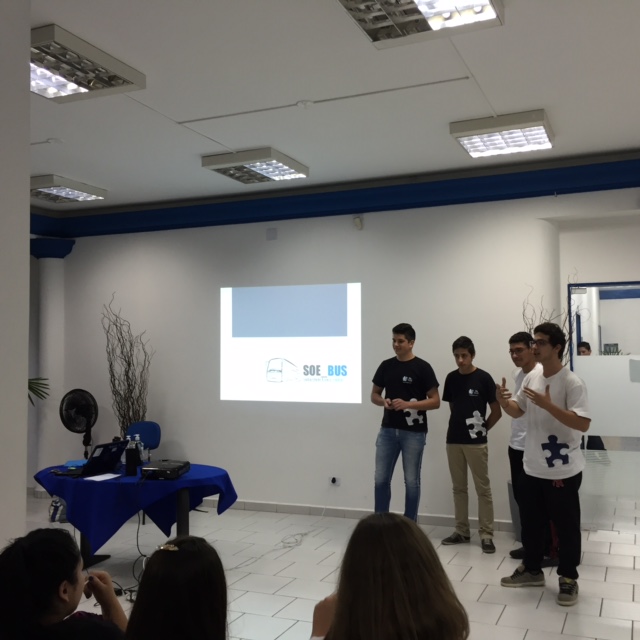