SAP standard programs which are found to be expensive are generally taken care of in OSS notes. The main area of concern that remain unattended are customized ABAP Programs which are developed time to time to meet client requirement.

The aim of this document is to identify and highlight the expensive ABAP codes which would help the ABAP Team in reviewing these expensive codes and develop an efficient and optimized code.

The parameter that are used in analyzing expensive ABAP Programs are:

One of the most common methods of identifying expensive ABAP Programs is during its execution from transaction codes SM66 or SM50. Though this method is helpful in identifying the programs which are doing sequential reads or full scan of table, it will provide no additional quantifiable data which will be required for a detailed analysis.

The data is available in Workload Analysis, transaction code ST03N. The ABAP Programs which show high response time in Dialog and Background mode are identified. The high frequency executed programs are important, for the reason that if programs which have multiple executions are optimized would result in considerable reduction of total load on the system, (e.g. a program ZDUMMY runs for 100mins and is executed 20 times in a day, total execution time will be 2000mins.

Data collected from SAP for analysis 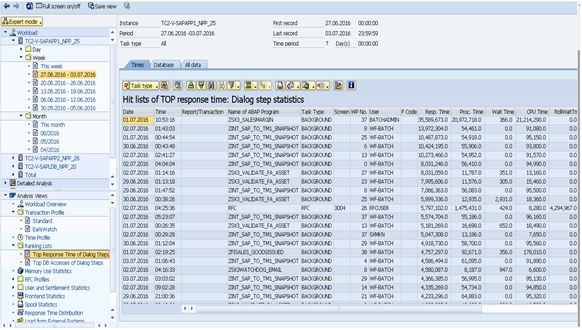 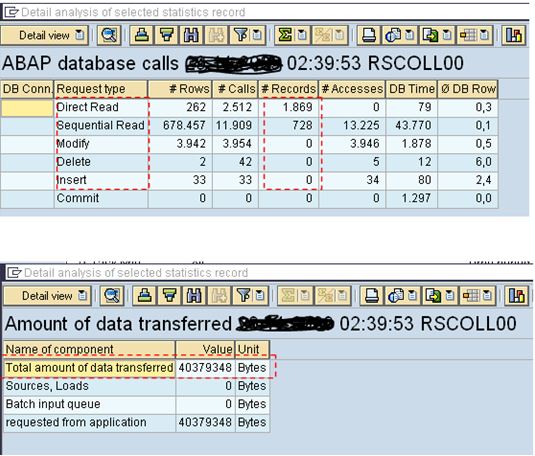 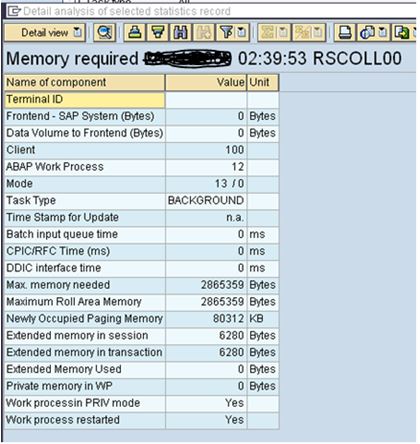 When an ABAP Program shows high sequential reads it indicates that the program is doing a scan on the table and is probably not using index. This could be a problem of ABAP coding where the index is not considered or the table does not have a proper index which could be used in the ABAP code.

For expensive ABAP codes which show high DB request time which is considerably higher than CPU time, the area of concern is database access. This requires analysis of Expensive SQL statements, ‘where clause’ etc.

For expensive ABAP codes which show high CPU time which is considerably higher that DB request time, the area of concern is ABAP code. This requires analysis of modules with a high percentage of net time due to numerous calls, internal tables, checking for unnecessary functionality in ABAP codes.

For ABAP codes which show both DB request time and CPU time high, then database access and ABAP code both need to be analyzed. Refer section 2 & 3

All programs should have documentation and performance analysis report before being transported to Production. The programs should be appropriately load tested to eliminate any future performance issues, which require considerably high amount of unjustified effort in rework and fixes. 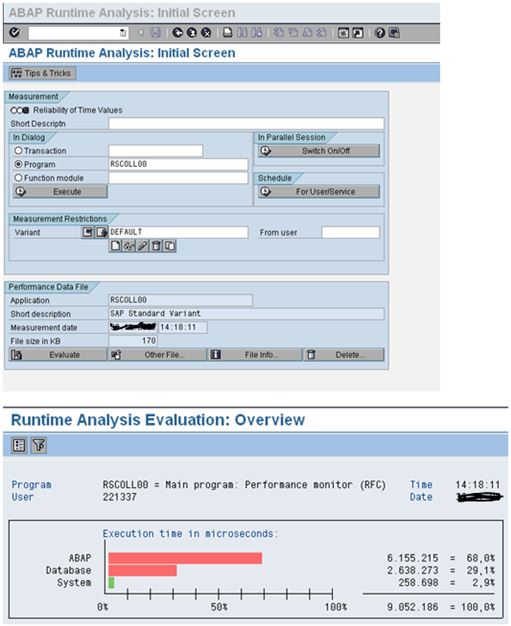 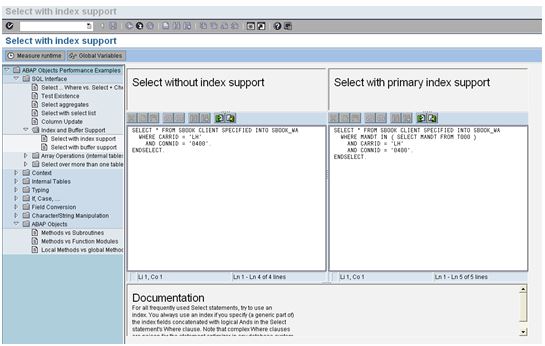 Would you be able to expand on the ABAP Analysis Report.

Surely will so the needful regatrding the ABAP Analysis Report.

If there is not any year restriction in the report code still can we find with tracing why some years' data are not coming to the report output?