Workplace Diversity and Inclusion: Where to from here? 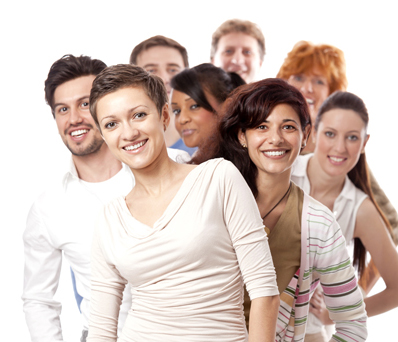 Women comprise almost 50 percent of the global workforce, and many organizations agree diversity and inclusion are economic and business imperatives. So why does achieving equality in the workplace remain such a major challenge? This was the central question an esteemed panel of experts and activists tackled during a much too short episode of SAP’s Changing the Game with HR radio broadcast. Hosted by Bonnie D. Graham, the show was entitled, HR, Inclusion and Diversity: Where to From Here?

While it’s impossible to mention all of the excellent points these brilliant thinkers made, I’ve summarized just a few of their significant perspectives. The panelists agreed on two major issues: diversity and inclusion are equally important, and real change can only happen when the conversation shifts to international action. Here are some of their ideas for consideration.

Tinna C. Nielsen, founder of Move the Elephant for Inclusiveness, made me optimistic when she shared a quote from cultural anthropologist Margaret Mead that “a small group of thoughtful, committed citizens can change the world. Indeed, it’s the only thing that ever has.”

Regarding workplace diversity and inclusion, Nielsen advised designing interventions that motivate the unconscious mind as opposed to relying on rational thought alone.

“Everything that we do already we can actually re-design to help the unconscious mind be more inclusive of diversity…the interventions I’ve designed are really if you can get people to see the inequality, or show them the behaviors they they’re actually doing are often very different from their self-perception or their intention of doing something good or at least hiring the best qualified person…we need to help people see their actual behavior, and then motivate them to change it on their own.”

One example Nielsen gave was anonymous opinion sharing. “The core of inclusion is all about leveraging diversity of thought…a tough thing for a lot of people because sometimes they don’t know enough about group dynamics like group conformity,” she said. “You can have as much diversity and as many different kinds of people in a team, but if you allow group conformity to dominate, then you’re not going to leverage any of it anyway.”

How to make change happen

Tanya M. Odom, global diversity and inclusion consultant, coach and author, agreed that organizations need to do a better job specifying what needs to change, demonstrating practices that work and making those changes. She mentioned how the International Geneva Gender Champions is committed to advancing gender equality, including asking leaders of NGOs not to join panels unless women are present as well.

According to Nicole McCabe, Senior Director of Global Diversity & Inclusion at SAP, inclusion matters as much as diversity. “How do you…make it more around inclusion and being empathetic to others, and how to do you also engage with others to make them care more about the culture of inclusion as opposed to what I would call the diversity piece of it, which is numbers and categories that we talk about?”

McCabe calls for replacing shame and blame with strategies that engage people at the right time. It could include process re-engineering or reminders that remove defensiveness during decision-making and other workplace activities.

Dr. Patti Fletcher, Strategic and Solution Marketing at SAP SuccessFactors, also called for changes in current business processes and the use of “choice architecture.”

“The processes, practices and architecture we have in place right now are antiquated. Nothing is going to change unless those things change,” she said. “People don’t change because you tell them to. They change when you enable them to…we need to use choice architecture, meaning putting tools in front of somebody to enable them to do something totally different without them even realizing it. For example, blinding a resume where you don’t see a name or an address, and therefore not having that unconscious bias be able to kick in.”

Throughout their conversation, I kept thinking about the definition of insanity, which someone once said is doing the same thing over and over again, and expecting a different result. Moving from conversations and numbers to action that effects real change in workplace diversity and inclusion is surely the sanest step forward.

3 Ways HR Can Break Through Barriers to Digital Transformation

It’s Time to Prevent Bias Before it Occurs

Many organizations would probably have diversity in their corporate policies so that's been taken care of in a formal manner. Gender and age discrimination is quite a hefty issue amongst Asian countries. I reckon it's not only important to get everyone in the company to understand the importance and benefits of diversity but also to get the managers, especially the first- and second-level, trained up on this and, even better, to include diversity as part of their performance initiative.