Thoughts on the SAP Digital Boardroom 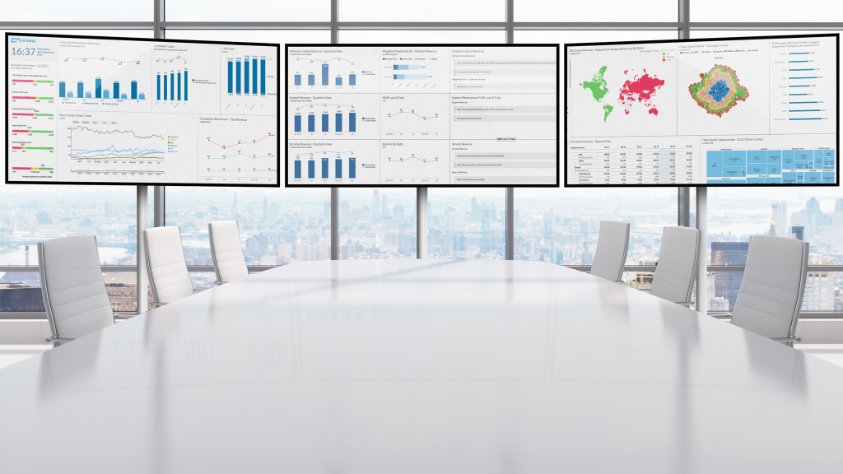 If you’re a customer and met with your SAP sales team at SAPPHIRE, you most likely received a live demonstration of the SAP Digital Boardroom. During my demo for partners, I got to hear the perspective of other pre-sales pros. Although there are the usual concerns about how to demonstrate the value of a solution, both in capability and cost, there are some compelling things about the SAP Digital Boardroom. Here are my observations from the partner training, in no particular order.

An Audience with the Executive Team

Perhaps your experience is different. But in mine, the CIOs that consistently rank analytics as a “top priority” in surveys (see related Wall Street Journal article, WSJ CIO Network: CIOs Name Strategic Priorities) are nowhere to be found during most BI projects. Not even at the kickoff meeting for a substantial upgrade project. Most BI conversations don’t include the rest of the C-suite, either. If SAP Digital Boardroom gives a partner or a BI Competency Center manager an opening to have a conversation with C-level execs about better business outcomes, take it!

It’s About Value, Not Cost

SAP Digital Boardroom is priced like a Lexus, not like a Toyota. But the conversation has to be about the value it brings to the executive team. The value in SAP Digital Boardroom is in its ability to provide immediate answers based on real-time or near-real-time data. Ask candidate users “have you ever tabled an urgent item of business to the next meeting because you didn’t have the data available to make a decision?” Or “have you ever made a hastily gut-feel decision because there was no data”?

Then stop talking. Listen. You’ll receive a clear understanding of board room pain points- an opportunity to add value at the highest level of the organization.

A Single Version of the Truth. Finally.

SAP Digital Boardroom allows executives to work with the same single version of the truth that the rest of the organization is using. In my experience, the higher one goes on the org chart, more time has been spent massaging “real” numbers in Microsoft Excel. Executives may not initially like the numbers that appear on the SAP Digital Boardroom (Fred does some kind of magic in Excel- can’t we use his numbers instead?), but it’s time well-spent to confirm that those numbers are indeed truthful.

SAP BusinessObjects Explorer was built for the “casual BI user”- a user that needs search and exploration of corporate data behind a simple UI to find what they didn’t know they were looking for. SAP Digital Boardroom is the spiritual successor to Explorer. Not because of its capabilities (although SAP Digital Boardroom does already have Explorer-like faceted navigation) but because of who the target user is. Organizations that currently rely on Explorer should give the SAP Digital Boardroom some due diligence while continuing to wait for SAP to fold Explorer use cases into Lumira, according to the BI convergence strategy announced two years ago.

Expect Additional IT Projects to Support the SAP Digital Board Room

If the pilot of the SAP Digital Boardroom exposes data quality or data latency issues, expect funding to resolve them. Don’t blow your funding opportunity by spouting off too much techno gobbledygook about master data management and data governance. The end result is literally hanging on the wall – explain what needs to be resolved in terms of its business value, not its technical merit.

Not a New Idea

But Our Executives Won’t Touch Technology

Possibly. But who doesn’t want to solve problems the P&G way? The board room is increasingly not a place for technophobes. SAP could probably help overcome this objection by building a golf swing tutor or first-person shooter Easter egg into the solution. But as Steve Lucas has clearly said, every organization needs to be a digital organization (see his related article, Go Digital or Die – Thoughts on the Digital Transformation). Or it will die.

Always In Motion Is the Future

The SAP Digital Boardroom is built on top of SAP BusinessObjects Cloud and both are updated with new capabilities every two weeks. If the solution doesn’t seem to offer the right capabilities today, be sure to keep an open mind in the future as the product evolves.

Have you seen the SAP Digital Boardroom? Can it bring value to your executive team?

Great post Dallas. Definitely agree that the Digital Boardroom isn't just applicable to the boardroom. I very much see this type of engaging and collaborative technology being applicable to all team meetings/hubs.

Ty, Agreed and thanks for the catch. I made a small revision to the last paragraph.

It's About Value, Not Cost

I like the naive approach on this topic; while value is uncertain, costs are for sure.

Or may I assume, that, if it adds no value, than it costs none?