SAP S/4HANA Customers Respond to an Urgent Call for Agility

As new technologies enter the arena, each entrant is touted as more disruptive than its predecessor. This rate of change coupled with business model obsolescence is growing almost uncontrollably. Yet, racing ahead of even that are customer expectations. Personalization, complete business environment integration, immediate actions and real-time analytics are no longer perceived as luxuries that are nice to have. Our SAP S/4HANA customers deem these features as absolutely necessary, referring to them as non-negotiable in any business transformation investment.

Frankly speaking, the general consensus is that the next five to ten years will be more disruptive from a business model standpoint than the last twenty. Brian Krzanich, Chief Executive Officer, Intel says, “The pace [of change] is going to become faster and faster. The ability to access terabytes of data and be able to do analytics on it is going to be explosive.” (Watch SAPPHIRE NOW replay: Bill McDermott Live, SAP CEO: Run Live, Run Simple). 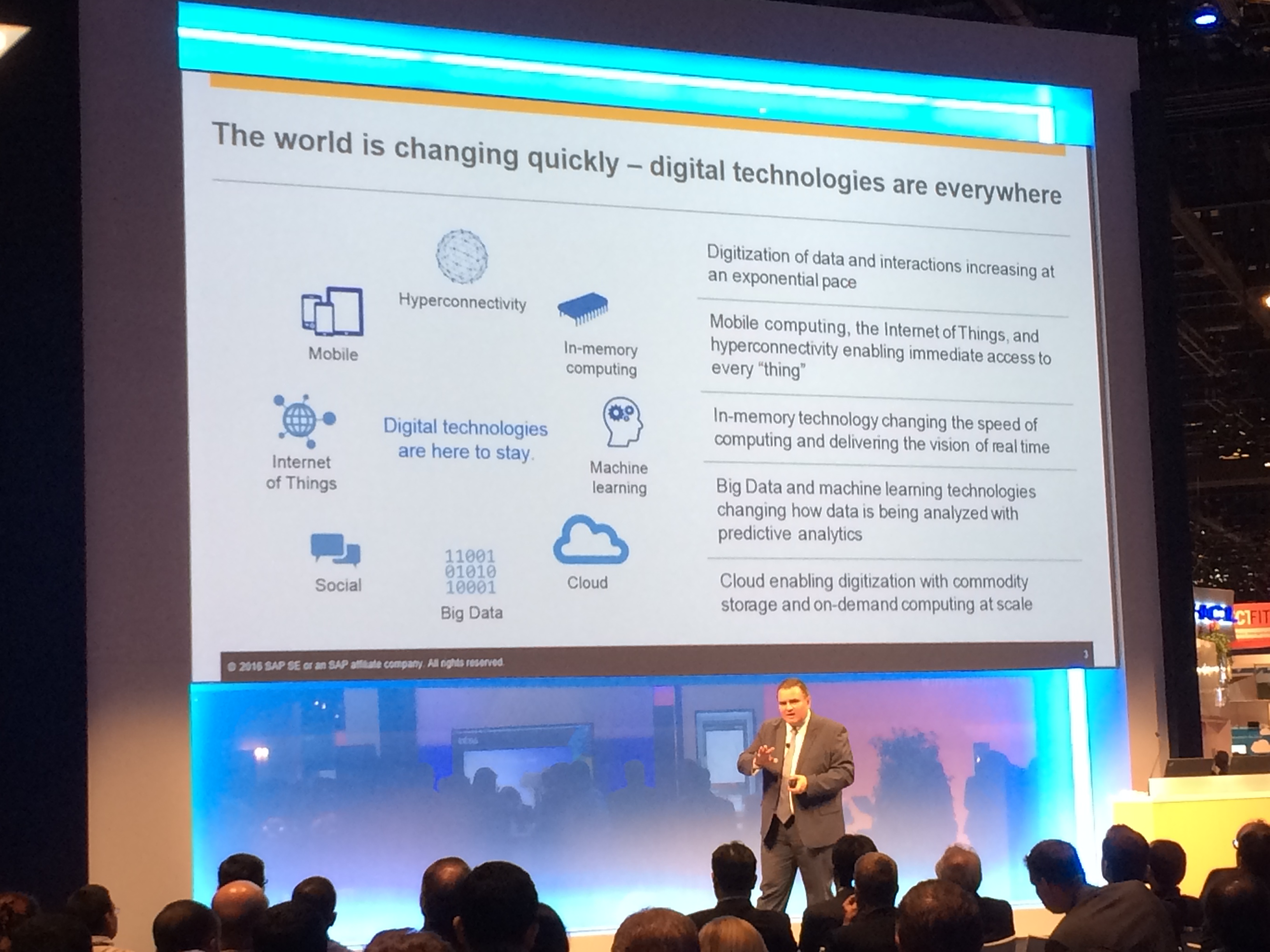 Two examples of technologies that have been advancing quietly are machine learning and the Internet of Things – which are on the cusp of going mainstream in 2016. Many businesses are already finding new ways to incorporate these technologies into existing business processes. Others focus on leveraging new ways of doing business centered on the benefits these technologies bring. Either way, the days of waiting and doing nothing are long gone.

Wieland Schreiner, Executive Vice President and Head of SAP S/4HANA Development, believes that the key to agility is to “go to standard, make consumption easy, make the innovation cycle faster.” Existing companies need to adapt and the one way to do it is to streamline everything. (Watch SAPPHIRE NOW replay: Design Your Strategy for Digital Transformation with SAP S/4HANA).

The central theme faced by virtually every company today is ambiguity. There’s no definitive way for managers to know the impact new technologies will have 1 year from now, 8 months from now or even 6 months from now. If there was, Uber wouldn’t be the giant it is today and Airbnb would not exist.

Right now we are essentially living in a transformative time characterized by a huge digital exclamation point. Businesses know something is coming; they know it will come soon but have no way to measure the magnitude of its impact nor do they have a surefire way to respond to it.

The only thing companies can do to adequately prepare is ensure that their organizations are as nimble and responsive as possible. This generally leads to an urgent need to simplify: Not just their IT landscape, but business processes, data structures and the way they do business entirely.

This is where SAP S/4HANA enters the lime light as a new digital core. In fact, at SAPPHIRE NOW 2016, it truly stole the show. MEMEBOX is a small cosmetics company in South Korea that recently went live with SAP S/4HANA Finance. “With this global expansion, broader range of products, and increased sales channels, this resulted in a massive growth in data. This pushed our existing ERP to its limit. The existing ERP system could not support our long term needs,” said Jae Hyun Kim, Global Finance Dir., MEMEBOX Corp. “It was unheard of that a company of our size, with 150 employees, would implement a full-stack SAP solution. The implementation risk was enormous…we were constantly changing our business model and often operated without any established business processes.” Kim continued to say, “It only took us 6 months to realize that SAP [S/4HANA Finance] solution has become the backbone of our current and future businesses.” (Watch SAPPHIRE NOW replay: Accelerate Growth and Lover Total Cost of Ownership).

SWISS PROPERTY AG is a luxury real estate construction company based in Switzerland with a production base in Estonia. The company has less than 100 employees yet was the first company to go live with the SAP S/4HANA 1511 release. 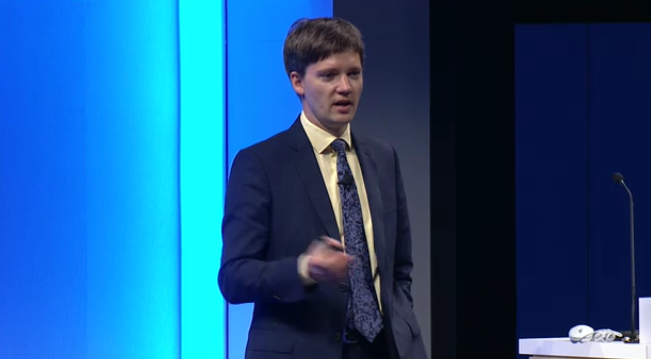 “We want to be efficient by utilizing standardization and pre-fabrication as much as possible,” said Jaan Saar, Head of Process and IT, SWISS

It’s understandable that businesses are becoming more and more territorial. Now, however, they’re facing a whole new kind of threat. It’s no longer incumbents but rather start-ups leveraging unique, new ways of doing business that bring these disruptive technologies to the boardroom table.

If you’d like to hear more from SAP customers and executives at this year’s SAPPHIRE NOW, check our SAP S/4HANA Session Replays.