2016 marks the second official edition of the Intrapreneurship program. This program is SAP’s battle royal of innovative ideas. Employees from around the world are encouraged to act as entrepreneurs and transform innovative ideas into profitable businesses in new markets. The Intrapreneurship program supports teams from the articulation of an idea to its successful commercialization. Canada was the only country with more than one team in the program, with two teams representing SAP Labs Montreal.

This year, there were 420 ideas submitted from around the world. All ideas sparked from employees themselves, and were built from scratch. The top 100 teams were assigned a coach to help them improve their solution. From there, teams were narrowed down to 40, and finally 13. Those 13 teams traveled to Berlin for two weeks in April to further ideate with the support of mentors, coaches and professional entrepreneurs.

By the end of the two week program, each group delivered their pitch to a panel of SAP executives. 8 out of 13 teams were proclaimed winners and given funding to pursue their projects further. Our two Canadian teams, Gallapp and Halfpenny were amongst those winners.

This application helps race horse owners and trainers improve horses’ performance and prevent injuries. By collecting biometric data, Gallapp helps trainers make better decisions during the training process. Potential issues can be identified early, thus reducing the risk of injuries to the horse during training and improving the overall race selection strategy. Paul Tormey, who grew up on a farm was inspired to pursue this project because his father was a race horse trainer. 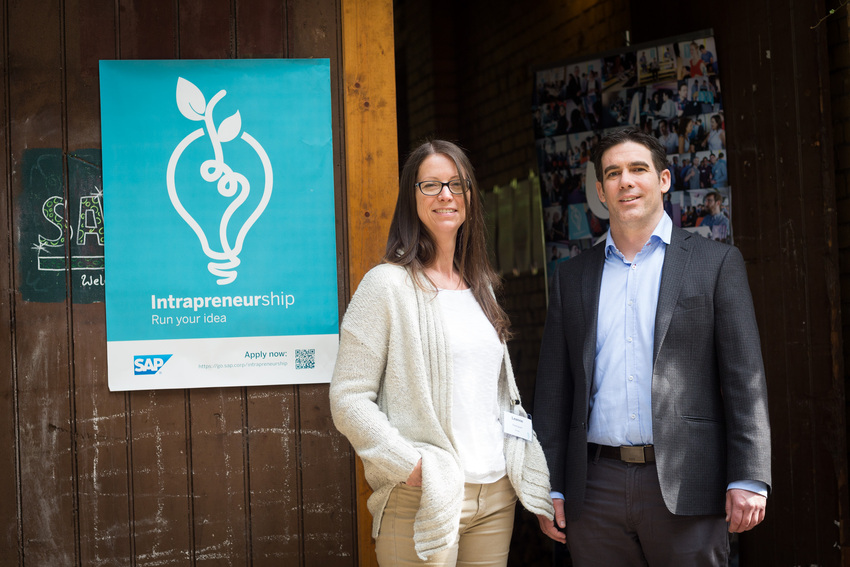 Halfpenny provides a solution for the importer/exporter payment market, a market traditionally ruled by the letter of credit: an old, expensive and inefficient payment instrument. Instead, Halfpenny uses state-of-the-art block chain technology. Users of Halfpenny will be able to perform peer to peer settlements based on automated condition verification provided by smart contracts. This idea was inspired by Hugo Levasseur, after discussing global trades with his partner. His partner had identified a problem with letters of credit, and Hugo investigated to fill the gap. 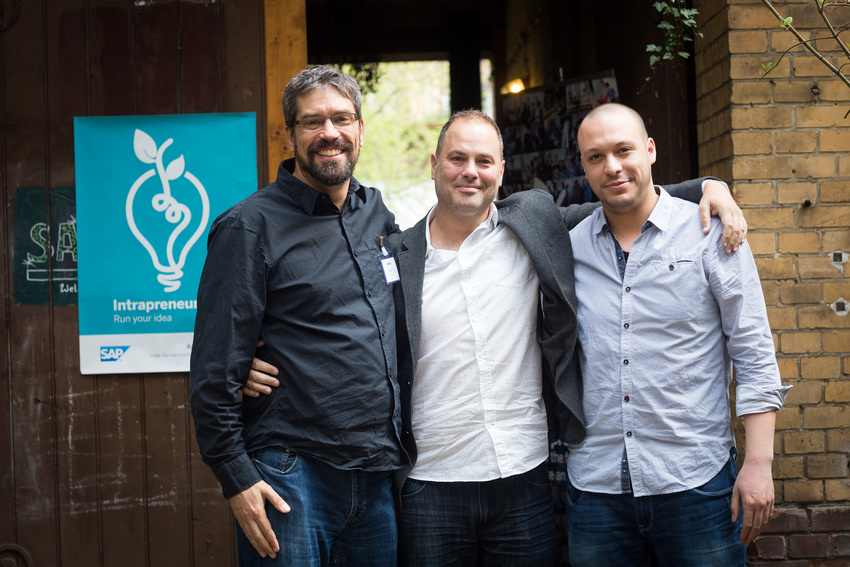 The two Canadian teams have since returned to Montreal to complete a fellowship, putting their day-to-day jobs on hold to pursue their venture. Halfpenny and Gallapp are currently in the validation phase to prove that their initial assumptions are sound. If both teams make it past the validation period, they will enter the incubation period – a phase where you become a team that implements the project under SAP. These teams will have essentially created their own business and product as part of SAP.

SAP believes it’s important to foster an entrepreneurial mindset, regardless of working within a large, established company. Intrapreneurialism offers employees the opportunity to think differently and pursue an idea and even commercialize and bring a new product to market. Programs like these reinforce that innovation and continuous improvement is at the heart of SAP.