A Passion for Detail

Karim Habib is head of design at BMW. He spoke recently at SAP about his life’s calling. 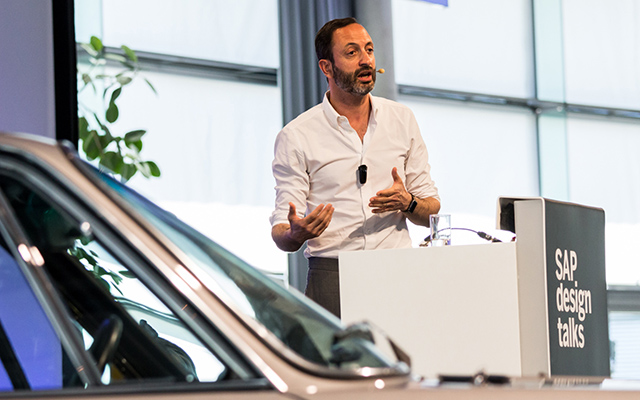 For some, a car is simply a machine to get them reliably, conveniently and safely from A to B. For many others, however, it is also much more. And that “much more” is why people like Karim Habib, Chief Designer of BMW, are so important. Design is, as he puts it, “his reason to be.”

Habib proclaims that “no one buys a BMW because they have to.” So what makes people want a BMW? High performance and solid engineering are certainly factors. And equally important is design. Automobiles are one of the clearest examples of meticulously crafted products that must also meet the highest engineering standards. And in the premium car sector, that combination is particularly decisive.

Recognition of the immensely critical partnership between designers and engineers is well established in the automobile industry. What they have known for a long time is what the software industry as a whole has discovered in the last decade or so. As our processes and mindset at SAP are shifting to embrace mutual respect and close cooperation between developers and designers, we invited Habib to speak at a recent SAP Design Talk to give us insight into the car design process and how designers and engineers at BMW work together.

As BMW celebrates its 100th anniversary this year, Habib began his talk with the BMW 3.0 CSL, which is the car that defined the BMW look. The long hood accommodates 6 cylinders that are not mounted in a V-shape, but in a straight line, thus minimizing vibration and pushing the cabin back. And so the proportions of the vehicle are a dialog with the design of the engine. From the beginning, design and engineering were working together. 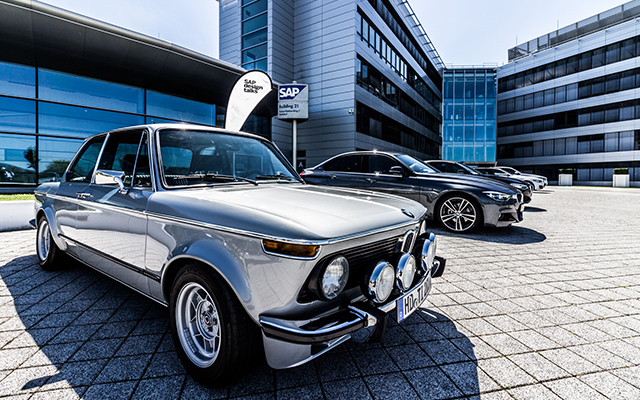 In addition to proportion, the shaping and lines of the vehicle are essential to the BMW look. To demonstrate the importance of exactness, Habib projected a photograph of the timelessly beautiful Audrey Hepburn onto the screen. By changing the length of her nose by just a tiny bit, she became rather ordinary looking. As with human faces, a millimeter one way or the other in car design apparently can also make a big difference.

The third important factor in car design is surface. In the last stage of the design process, a full-sized clay model of the car is crafted by hand, covered in a special silver foil and painted. The result is astonishingly realistic. This labor and cost-intensive step is largely to see how light and shadow fall on the car’s surface, but also to determine whether the proportions are perfect or not.

Perfection in proportion, line, and surface are essential for top-of-the-line automotive brands. But above all it is an obsession with details that in the end distinguishes brands. Habib maintains that there are many, many details that go into the design of a BMW that owners probably don’t see, at least not at first glance, but feel at a subconscious level. He and his team are passionate about things like kidney-shaped grilles that open and close to reduce drag, door handles that are precisely integrated into the crease line, the Hofmeister kink – the counter curve in the window-outline – that emphasizes the dynamic forward thrust of the vehicle, and countless other small details that together make the brand a standard bearer for precision, sportiness, and luxury.

In Habib’s words, “the relationship between a designer and an engineer is the key to success for good design. There is to me no single more important aspect. You cannot do good design without engineers that support design.” Certainly not only a key to success for BMW, but for SAP as well.

Listen to more from Karim Habib in this short interview: