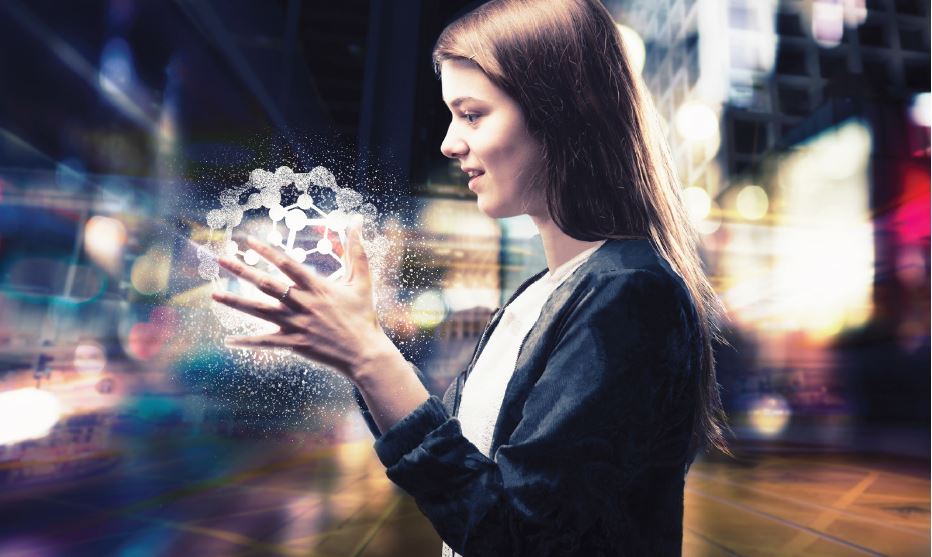 Thousands of years ago, humans discovered they could heat rocks to get metal, and it defined an epoch. Later, we refined iron into steel, and it changed the course of civilization. More recently, we turned petroleum into plastic, with all that implies. Whenever we create new materials that push the limits of what’s possible, we send the world down an entirely new path.

Today, we’re on the verge of a revolution in materials science that will transform the world yet again. Scientists have developed tools that make it possible to design, build, and shape new “super materials” that will eclipse what we once believed were physical limits, create previously unimaginable opportunities, and expand the capabilities of what we already think of as exponential technologies in ways limited only by our imaginations.

Super strength in a pencil

The materials of the future are already being made in the present. One astonishing example is graphene, derived from the same graphite that’s in the pencil on your desk. A sheet just one atom thick, graphene is essentially two-dimensional. It weighs next to nothing, yet is up to 300 times stronger than steel. It conducts electricity more efficiently and faster than any other material. It dissipates heat faster than any other known material. It’s the only substance on earth that is completely impermeable by gas.

Excitement about graphene’s potential was high from the first, and it’s not ebbing. At least 13 conferences focusing on graphene, 2D substances, and nanotechnology are scheduled for 2016. The European Commission has created Graphene Flagship, Europe’s largest-ever research initiative, to bring graphene into the mainstream by 2026. And researchers have already developed an array of fascinating uses for graphene: new types of sensors, high-performance transistors, composites that are both super-light and super-strong, even a graphene-based gel for spinal cord injuries that can help nerve cells communicate by conducting electricity between them.

In 2015, IBM achieved a breakthrough in carbon nanotubes — graphene rolled into a tubular shape — that opens the door to faster transistors that will pack exponentially more computing power onto a single silicon chip. In fact, taken to its logical conclusion, the ability to shrink transistors to nanoscale could lead to processors that combine vast power and tiny size in a way that could be called “smart dust” (good news for those of us who don’t prioritize good housekeeping).

But that’s not all we’ll be doing with graphene. Here are just a few examples of what researchers say this single super material is likely to bring us in the not-too-distant future:

Marveling at the possibilities

Amazingly, graphene barely scratches the surface. Consider these advanced materials, all of them currently in development, and let yourself marvel at how we might put them to work:

Nanomaterials. artificially engineered at molecular scale are giving rise to cotton-blend fabric that kills bacteria or conducts electricity, a coating that makes objects so frictionless they give no tactile feedback, and ceramics that bounce back from extreme pressure.

Recyclable carbon fiber composites that can be turned back into liquid form and remolded will replace the current versions that can only go into landfills when they’re broken.

Ultra-thin silicon circuits will lead to high-performance medical instruments that can be not just worn, but implanted or swallowed.

Flexible solar cells will replace large, unwieldy solar panels with thin film that can go almost anywhere and be incorporated into almost anything, from windows to tents to clothing.

Rechargeable metal-air batteries that can store electricity in grid-scale amounts will bring plentiful low-cost, reliable energy to places that currently have unreliable or no access to the traditional power grid.

Biomaterials will allow us to build robotic structures out of engineered materials that mimic organic ones. Soft materials that can be activated by an electric field will give us a whole new take on the human/machine interface. The next generation of prosthetics, for example, will be more comfortable, more functional, and harder to distinguish from living flesh.

Metamaterials, synthetic composites designed at the inter-atomic level, will have properties not found in nature. Those of you who love Star Trek and/or Harry Potter will be thrilled at this example: Scientists have already created a thin skin of metamaterial that makes whatever it covers undetectable. That’s right—an actual invisibility cloak. (Unfortunately, non-Romulans and Muggles will probably have to wait quite a while for the retail version.)

Designing the future, one molecule at a time

More mind-boggling developments in material science are on their way. The Materials Genome Initiative (MGI) is a multi-agency U.S. government project designed to help American institutions discover, develop, and deploy advanced materials at lower cost and

bring them to market in less time. One central part of the initiative is a database attempting to map the hundreds of millions of different combinations of elements on the periodic table so that scientists can use artificial intelligence to predict what properties those combinations will have. As the database grows, scientists can draw on that data to determine how best to combine elements to create new super materials that have specific desired properties.

Of course, no technological advance is without its challenges, and the rise of the super materials is no exception. One technical hurdle that’s already pressing is the need to find ways to integrate graphene into a high-tech world in which industry and academia have already invested trillions of dollars in silicon. That sum is impossible to walk away from, so unless (until?) graphene supplants silicon entirely, factories, production lines, and research centers will have to be retooled so that both materials can co-exist in the same projects.

That said, advanced materials are a fundamental building block for change, so keep your eye on them as they develop.  As super materials become exponentially easier to produce, we’ll start to see them in common use — imagine 3D printers that can create new objects with high-performance computing and battery power literally baked in. As they become more common, expect to see them weaving exponential technologies tightly into the fabric of daily life, both literally and figuratively, and bringing us ever-closer to a world of ambient intelligence. And as these foundation-shaking new materials become ubiquitous, it’s likely that they’ll make today’s technological marvels seem like a preschooler’s playthings.

This story originally appeared in Digital Futures in the Digitalist Magazine.