C4C and R/3 allow to store international addresses for customers.

This feature allows you to store addresses of customers in different scripts like Arabic or Simplified Chinese along with Latin Latin characters .

In order to have this feature active you have to activate it in scoping.

…and specify the allowed address versions in finetuning

If your overall system should be Latin (normal case) you should choose Latin as activ & default. All other allowed letter versions should be set to active.

1. The log on language has no dependency to the address version or vice versa. No matter with what language you log on- you always see the default character version.

2. For print forms the international address version is derived under certain conditions and printed- this needs to be individually tested/checked and is no subject of this blog

The set up and definition of the default address in C4C differs a little bit to the set up in R/3.

In C4C you specify the system default and the optional character version in the finetuning table above.

In R/3 the default is not specified in the customizing of the international address versions-but is the system default.

In the international address version customizing only the alternative versions are specified.

Note: ‘international’ in R/3 corresponds to ‘Latin’ in C4C.

So if you set up your C4C system by default in Latin and optional Chinese- you have to specify in the C4C finetuning  Latin as active & default and Chinese as active.

In R/3 you would only specify Chinese as active. 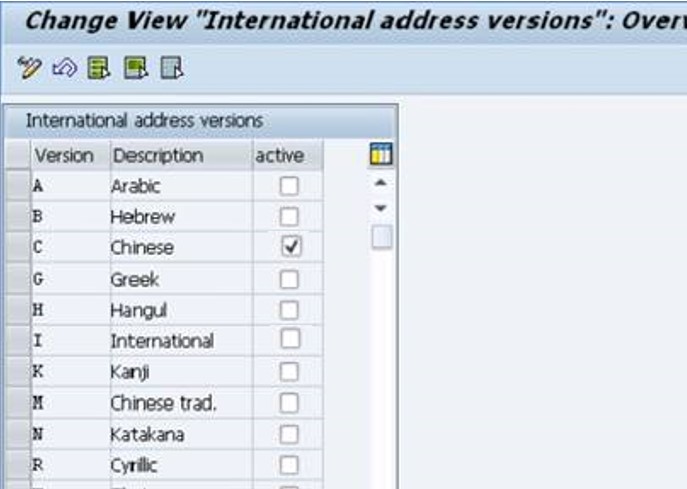 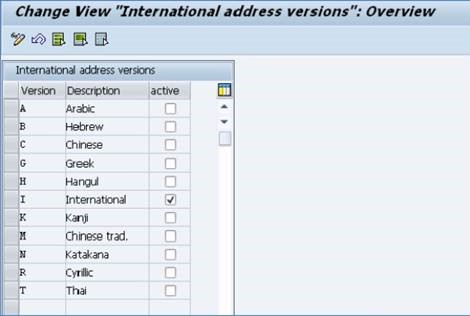 Thanks, it's a great overview.

How should the code mapping be set?

When I create an account with address in Latin and Chinese in C4C, only the chinese data shows up in ERP customer master data.

We have a requirement to also be able to maintain and replicate to /from ECC On premise the national address version on Contacts.

Currently the International Address version feature is only available on Accounts.

How do we manage this functionality on Contacts.

We have to implement C4C in China and this is a must functionality, As this is currently offered on CRM on premise.

What is SAP's recommendation and when will be this feature made available- Any roadmap comments will be appreciated.

Have you heard back anything on this from SAP? Are they doing anything in 1702 or the 1705 release?

SAP has not responded to this message yet, this feature is not announced for 1702 R.

For the ERP replicated customers, system is allowing the user to delete the Chinese version which is replicated from ERP system. Ideally, this should be restricted.

I tried hiding the button "Delete Version" in the Page-layouts, but the International Address Version screen is not supporting the KUT adaptations. Also tried in "Fields & Action" under Business Roles, but there also we did not have the Option.

Any suggestions to restrict this delete option or to hide the "Delete Version" button?

Thank you in Advance...!

I have a similar issue. Did you manage to do this ?