Let’s first refresh our memory on SAPUI5 controller. I have a simple xml view which only contains a button:

And a simple controller:

due to the attribute controllerName=”buttontutorial.view.simple” in XML view, the controller instance is created and connect with XML view instance by UI5 framework:

And we can use JavaScript code in console to list the larget number of attributes belonging to created controller instance:

Or you can simply type “this.” in console, and see there are lots of methods available for controller instance: 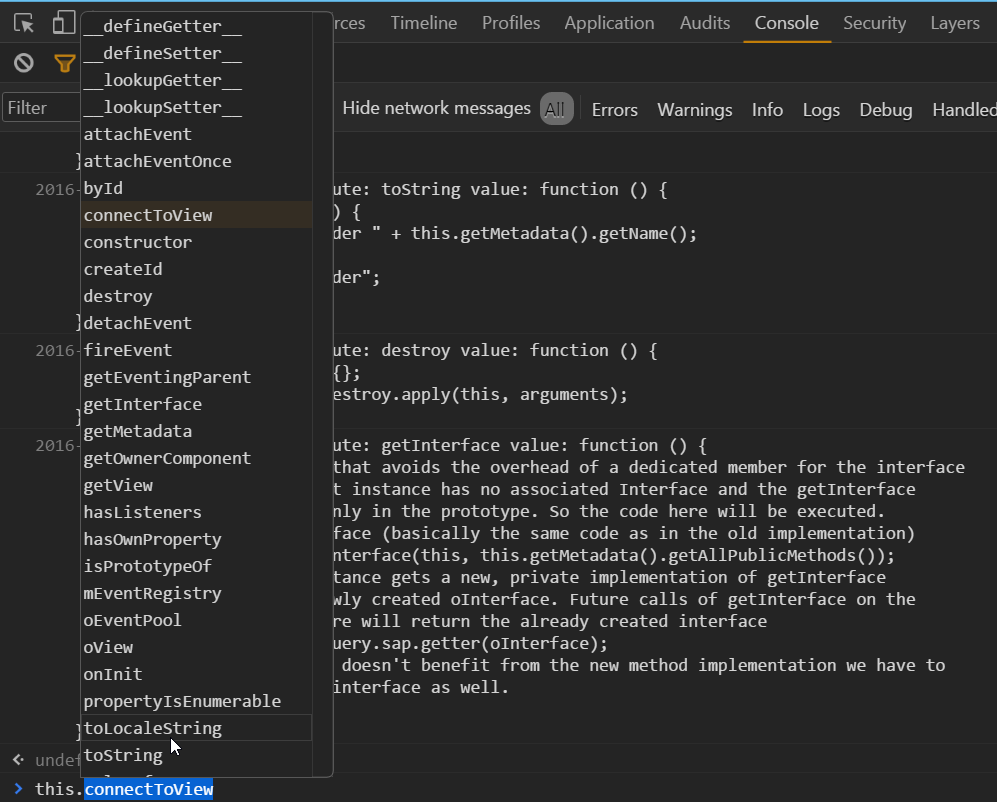 For example, byId method of controller instance is widely used, if you type this.byId in console, you can see its implementation just delegates the call to this.oView.byId.

This makes sense since every controller instance holds a reference to its host view via oView, and the connection between controller and its view is established in function connectToView:

You can play with the sample Angular application from this url.

It consists of 31 lines of source code:

When you type a new language in input field and click “Add” button, the language will be added into list above:

Let me first briefly introduce the idea of source code, then I will go through with each point in detail. 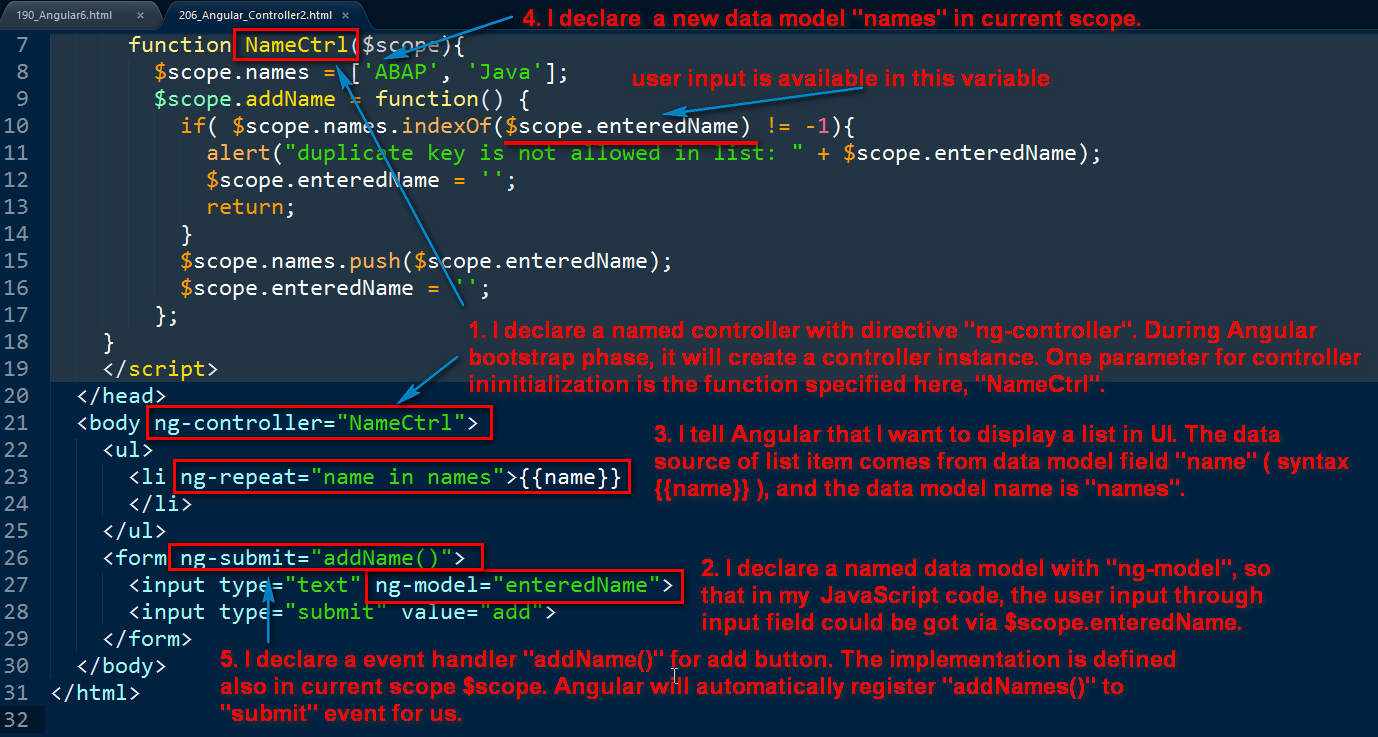 During Angular bootstrap phase, due to this line of source code in html, <body ng-controller=”NameCtrl”>, Angular will create a new controller instance in line 5327. You can consider $controller as a factory function. 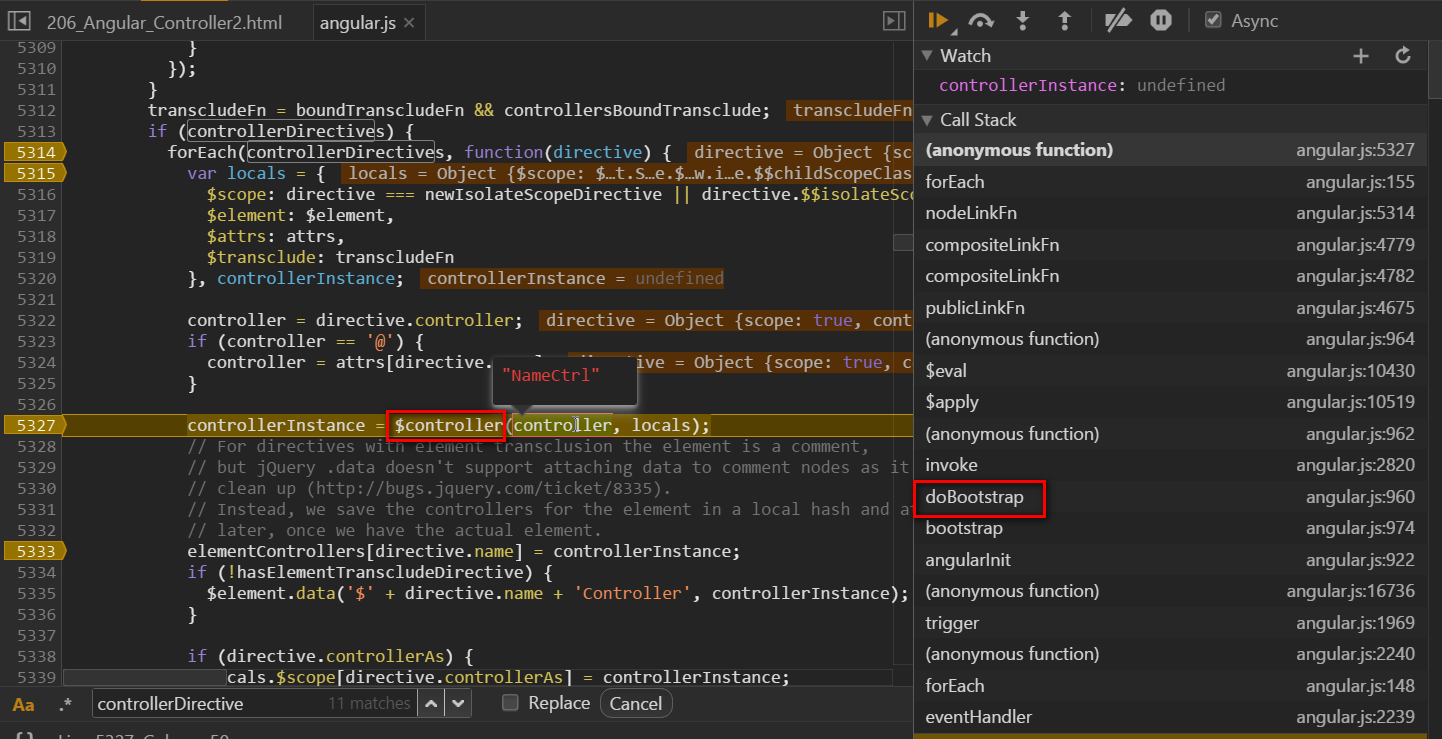 Let’s have a look at the content of argument locals for factory function: 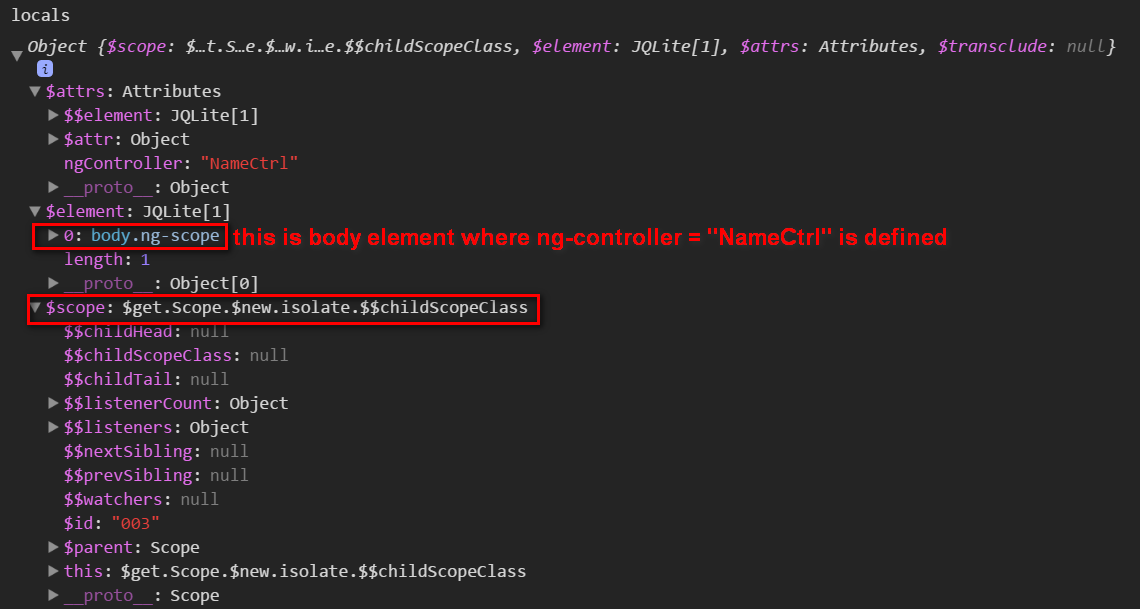 The most important attribute is $scope, which is passed into function NameCtrl defined by us:

Once our application code is executed, controller instance is created. However, after checking it in Chrome, I found it is just a dummy instance without any important attribute. Instead, the data model and addName function are appended and available in current scope: 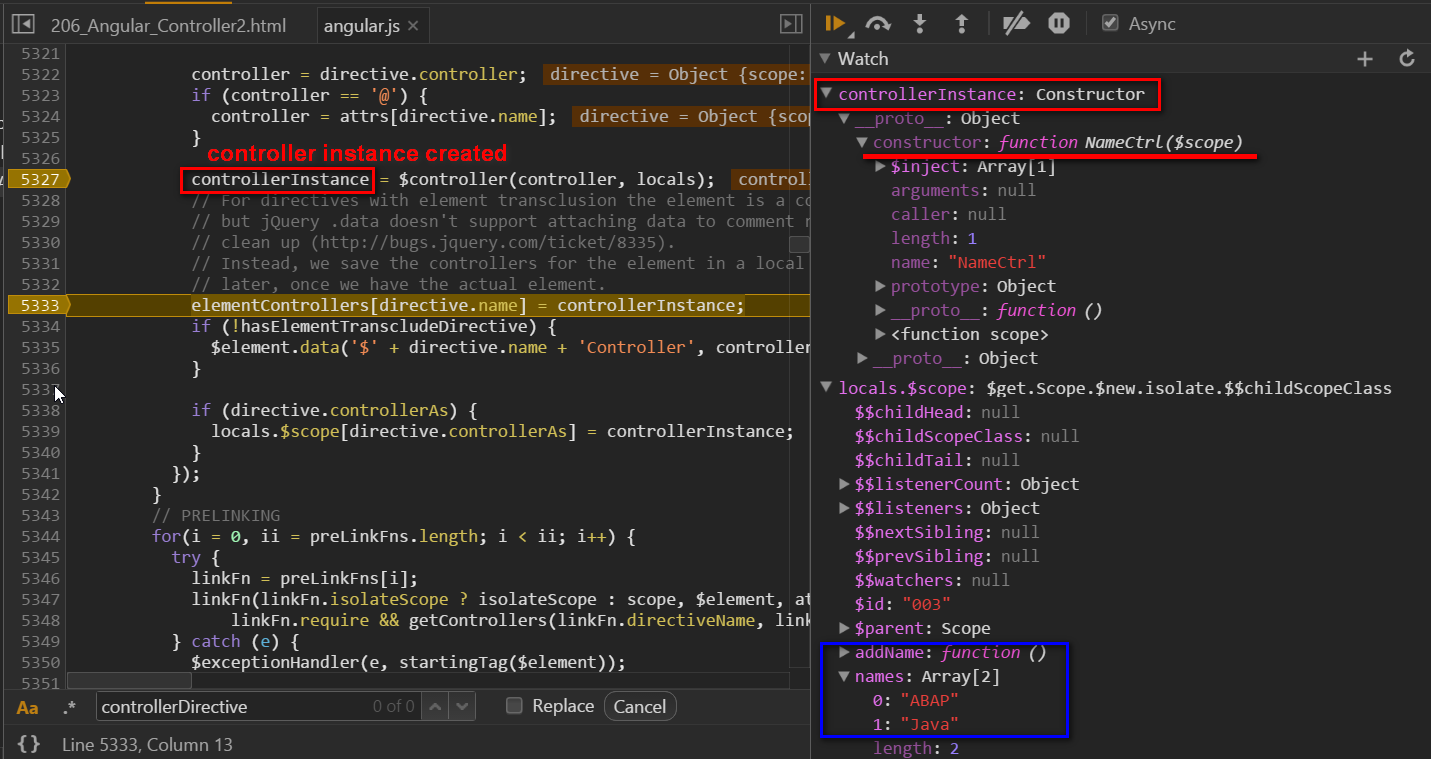 2. How addFunction available in scope object will be called when add button is called

Based on study result in step1, the addName function is located in scope object. My question is, when I press add button, why is it called?

In previous blog Compare Event handling mechanism: SAPUI5 and Angular, I already introduced that Angular does event handler registration automatically for us, as long as it detects the directive like this:

Actually I have made modifications on angular.js, adding more trace so that you can easily find where Angular achieves event registration under the hood:

So it is called as expected: