A Tale of Two Prides

June is LGBT Pride Month and on Sunday, June 26, over 200 SAP employees, friends and family marched in the 2016 San Francisco Pride Parade. In the wake of the Orlando shooting, this year’s parade had a decidedly different feel from last year’s celebration of the LGBT culture and community.

The 2015 Pride parade took place immediately after same-*** marriages were declared a legal right across the United States. This year’s event was shadowed by the massacre of 49 people at Pulse, a well-known Orlando, Florida gay nightclub.

With heightened police presence and extra security measures – and reports of thwarted violence at the Los Angeles LGBT parade – people were edgy and surprised to have their bags checked and metal detectors used as they entered the heart of the parade at San Francisco’s Civic Center.

But that did not dim the enthusiasm of the SAP Silicon Valley community who, for the second year in a row, participated as corporate sponsors of the parade. Pride@SAP drew the contingent together and one of the main organizers, George Teixeira, said this about why it was so important that SAP march despite security concerns. 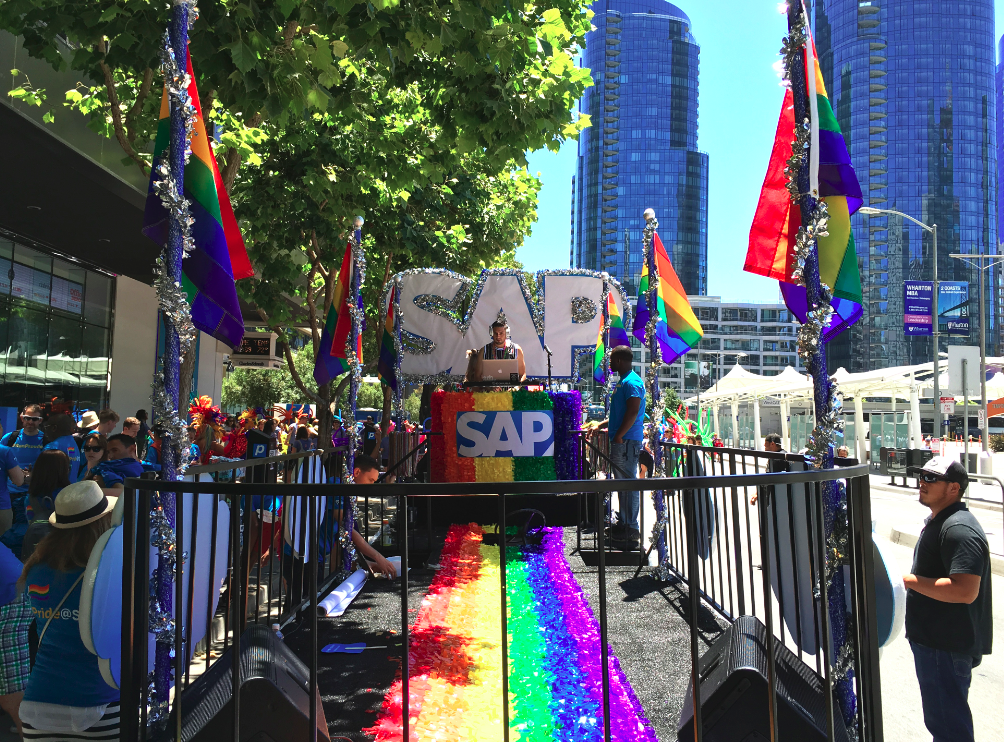 “We made a commitment to our attendees to stand together with them for equality, and against hatred and violence at this year’s event. Once we confirmed with the San Francisco Pride committee that extra security measures would be taken to ensure our safety, the choice was clear…we would march rain or shine – mission accomplished!”

SAP, in particular, had a lot to celebrate.

Throughout 2016, SAP employees are participating in nine LGBT pride events globally from Sydney to Milan to Argentina.

And for the third year in a row, SAP also received a perfect score of 100 percent on the Human Rights Campaign Foundation’s 2016 Corporate Equality Index, a national benchmarking survey and report on corporate policies and practices related to LGBT workplace equality.

But perhaps most important was the fact that this year the celebration theme was “San Francisco Pride for Racial and Economic Justice.” Says Teixeira, “We invited the SAP Black Employee Network (BEN) to walk alongside us and show their Pride. It was a great opportunity for yet another group here at SAP to participate in such an amazing event.”

Brian Reaves heads up diversity and inclusion for the SAP Office of the CEO and leads BEN. He said, “Participating in the event this year was so important in light of what happened this week. This year’s theme of racial and economic justice supports our mission as a company to build a culture of diversity and inclusiveness for all. And given recent events, we need to stand united as a community – with the community – now more than ever.”

Put this way by Jenny Dearborn, Chief Learning Office at SAP and executive sponsor of Pride@SAP, “As we grieve the lives lost in Orlando, we’re reminded that there is still much work to be done. At SAP, we believe and strive for equality for all as a fundamental human right, regardless of sexual orientation or gender identity. By making this year’s Pride Parade bigger than ever, we can help create positive change the world needs. Our LGBT colleagues, their families and allies, deserve nothing less.” 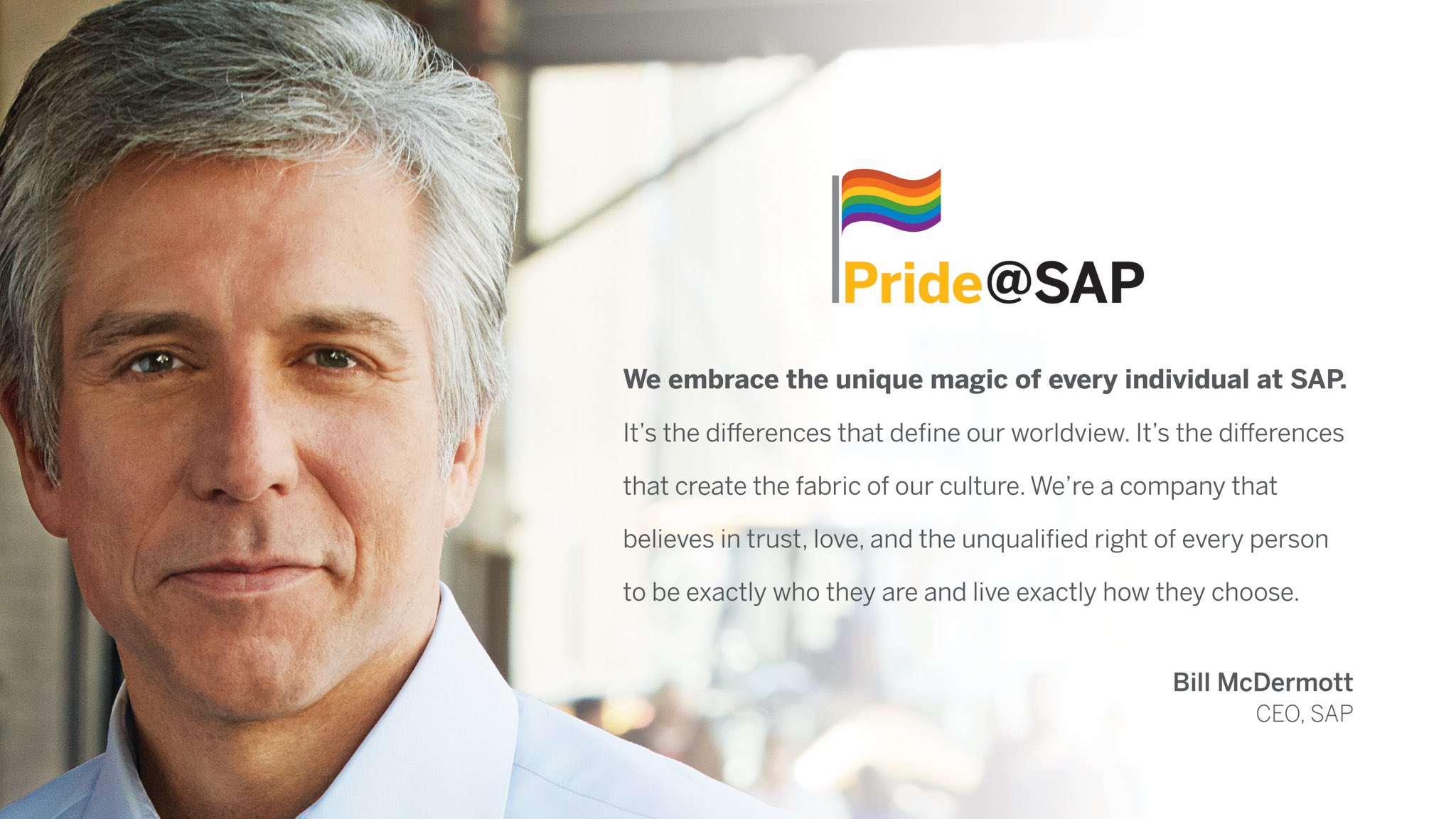 For hundreds of thousands of supporters, the parade this year was an act of healing, empowerment and celebration. SAP – with its first-ever float and festive new T-shirt design – was proud to stand with the LGBT community.

As Teixeira says, “Considering this event happened in the almost immediate wake of the worst mass shooting in U.S. history that targeted members of the LGBT community, this demonstrated that love truly conquers all.”

Loved this piece, Robin! So proud to stand with you on all that SAP is working for.