Panasonic is Helping Cities Get Smarter and Cars Go Greener

What products come to mind when you think about Panasonic Corporation?

There’s a long list to choose from, and you might easily pick televisions, audio equipment, or home appliances. But in addition to being a consumer electronics company, a big part of Panasonic’s business is delivering solutions to companies and organizations around the world.

Yasu Enokido, President and COO of Panasonic AVC Networks Company, can even put a number to it. 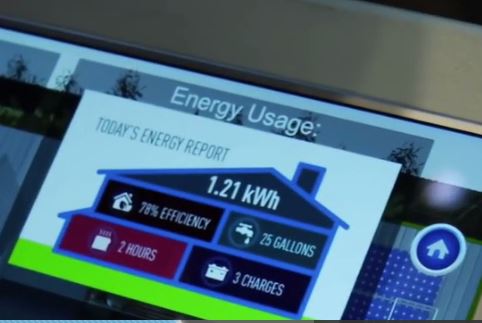 “Panasonic is a well-known consumer brand, but we’re about 60% B2B today,” he says in a recent video.

That percentage really shouldn’t surprise you.

Panasonic has been making some very big news this year with business-to-business ventures involving customers in both the public and private sectors.

Do the City of Denver and Tesla Motors ring any bells?

Living Smarter Among the Internet of Things

At the annual Consumer Electronics Show (CES) in Las Vegas this January, Panasonic kicked off 2016 by announcing a formal partnership with the City and County of Denver, Colorado to help make this metropolitan region a more sustainable place in which to live, work, and visit.

The plan includes deploying Panasonic “smart city” solutions such as in-home monitoring and control, power infrastructure, smart street lighting, and remote tele-health capabilities. The initial epicenter of the project is the area around Peña Station on the new rail line that connects downtown with the Denver International Airport.

A Panasonic post describes the potential of the project: “By implementing a responsive infrastructure that taps into real-time analytics, leverages big data, and lives among the Internet of Things, the possibilities are virtually limitless.”

Then there’s the buzz around Tesla Motors’ recent announcement.

Earlier this month, Tesla revealed that Panasonic will be the exclusive battery supplier for the electric car company’s much-anticipated Model 3. At a starting price around $35,000, the Model 3 will be the automaker’s first mass-market vehicle.

This could prove to be a lot of batteries.

Almost immediately after introducing the prototype on March 31st, Tesla CEO Elon Musk tweeted that the company had booked about $7.5 billion in pre-orders in the first 24 hours.

Panasonic executives have been onboard with Tesla for some time now. At the beginning of the year, Panasonic confirmed plans to invest up to $1.6 billion of its own money in joint funding for ‘Tesla Gigafactory 1.’ The new $5 billion lithium-ion battery factory built on the outskirts of Reno, Nevada is expected to be officially inaugurated later this summer.

Panasonic business solutions cover a wide range of markets – from automotive and energy to video and office technology. And as head of one of Panasonic’s larger business units, much of Yasu Enokido’s attention these days is directed at expanding the company’s already booming B2B business.

He has a solid legacy from which to draw both inspiration and insight.

“Even as our B2B transformation continues, Panasonic business solutions benefit from our nearly century of experience in the consumer space,” Enokido told attendees at the CES.

Enokido points out that whether you’re talking about B2C or B2B, the fundamental business principles remain the same.

You can hear more from Yasu Enokido in an SAP video where he describes how Panasonic is using SAP to support the business’s digital transformation to Run Live.