Let’s start with a short quiz. Which African country is: the world’s fastest developing country according the UN’s Human Development Index – and has annual growth rates of about 8%? The second easiest place to do business on the continent? The safest to walk at night in Africa and fifth globally?[i]

If you guessed Rwanda, you’d be right. Rwanda is a small country located in Eastern Africa bordered by Uganda, Tanzania, Burundi and Democratic Republic of the Congo.

For many foreigners, the country is still associated with the civil war that occurred in 1994. But Rwanda has done an exemplary job putting its past behind with a commitment to democracy, justice, reconciliation, and development.

Last month the World Economic Forum on Africa took place in Kigali, Rwanda’s capital, and was focused on “Connecting Africa’s Resources through Digital Transformation.” It’s no coincidence the event was located there, given that Rwanda is now known as a “regional high tech hub and boasts one of sub-Saharan Africa’s fastest GDP growth rates.”

Also, no surprise that SAP kicked off its second year of Africa Code Week from the Forum in Kigali. SAP and partners created Africa Code Week to teach software coding skills to young people from age 8 to 24. Last year the initiative reached 89,000 youth in 17 countries. The goal for 2016 is to train more than 150,000 youth across 30 countries.

Walking the streets of Kigali, the city is clean and beautifully landscaped with new buildings are everywhere. When I spoke with is Abdul Musare Arsene, a young journalist in Kigali last month, I asked him what excited him most about Rwanda right now.

He said, “Rwanda is developing so quickly. Much more so than neighboring countries – Burundi, Congo, Uganda — if you leave Kigali for two months, you come back a stranger. There are new buildings everywhere and so much economic development.”

Rwanda’s progress is due to a very deliberate strategy. Enacted in 2000, Vision 2020 is Rwanda’s strategy to become a middle-income country by the year 2020 and transform Rwanda into a knowledge-based economy that can compete regionally and globally.

Increasing the technology infrastructure is arguably the most important pillar to the success of Vision 2020 and cuts across all of the program’s priorities such as good governance, a skilled workforce and vibrant private sector.

The government has been steadily dedicating funds and raising foreign investment for the ICT sector. The result: Rwanda is now a best practice showing how a nation can overcome historical trauma, forging a new identity as technology innovators. An interim report on progress shows that since 2000:

With 43 percent of the Rwandan population under 16 years, sustained growth depends on teaching young people technology skills and inspiring entrepreneurship. This is partly why government officials have embraced Africa Code Week, like Jean Philbert Nsengimana, the Minister of Youth and ICT of the government of Rwanda.

Minister Nsengimana said, He continues, “Africa Code Week is opening a new area of opportunity up to everyone. It’s shaping a mindset that coding is going to be the new language – that everyone has the right to be literate in the 21st century, especially the young generation. And it’s a challenge also, that more needs to be done to equip schools so that we close the gap as much as possible between those who have access to the best infrastructure and those in rural Africa that have been left behind.”

The country’s burgeoning private sector also avidly supports Africa Code Week. Aphrodice Mutangana is a young entrepreneur who started several businesses, including a platform that crowd-sources care for elderly survivors of the 1994 genocide; and mobile healthcare solution that delivers information about prescription pharmaceuticals available in Africa.

Aphrodice serves as Rwandan ambassador for Africa Code Week 2016, helping to identify trainers, students and partners across the private and public sectors. He is also managing director of kLab, an innovation hub that brings together young IT entrepreneurs with more experienced mentors.

Here’s an example of how Aphrodice and kLab help spark innovation amongst young Rwandans. Eric Kubwumucunguzi is a 20 year old entrepreneur who receives support from kLab for his company that improves software users experience. In turn, Eric is helping his 14 years-old brother start a company that will use internet of things technology (via wearables and sensors on motorcycles) to help prevent “mototaxi” accidents. Motorbike taxis are the major form of public transport, and very dangerous, so this solution could have significant impact on citizens’ safety in Kigali. 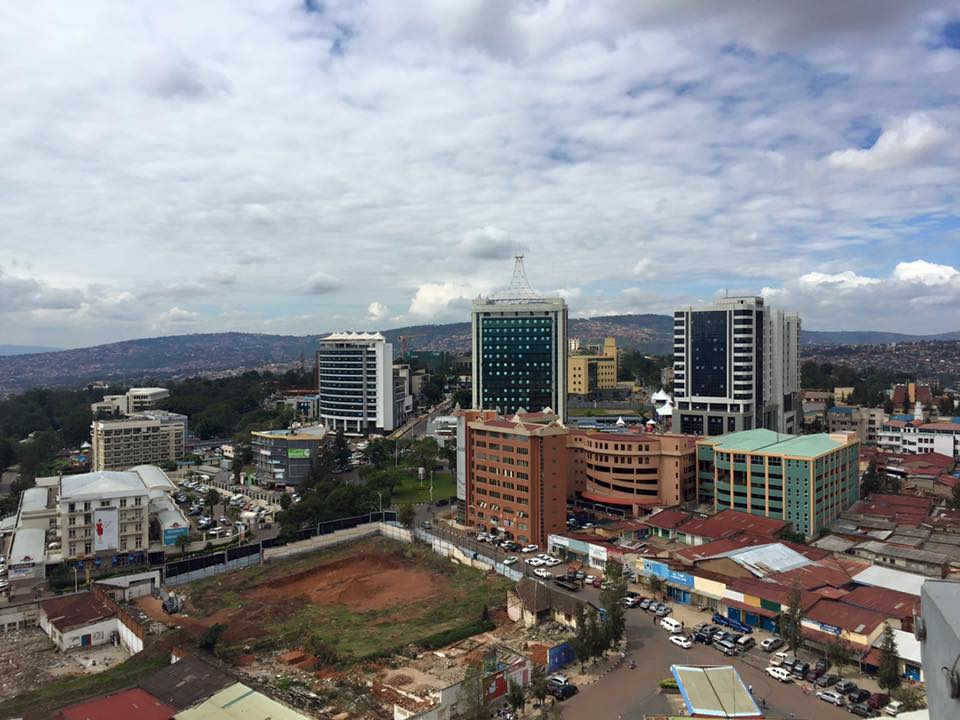 In July, SAP will send employee volunteers to support organization that are advancing the ICT agenda in Rwanda including HeHeLabs, a mobile technology company, and Rwanda ICT Chamber, which supports new technology-focused businesses and entrerpreneurs – including kLab.

Rwanda is truly an incredible story of transformation. Coming back from a genocide where extremist members of the Hutu majority ethnic group slaughtered approximately one million of their Tsutsi neighbors over only a few months, as well as moderate Hutus, the country is now well on its way to become a model for development and digital transformation.

When asked what other African countries could learn from Rwanda, Minister Nsengimana said the difference is making education a priority, even when it means sacrifice. “It’s a complicated situation. You have to choose where to put that one dollar, which every sector is crying out for. Rwanda has done proportionally much more than other countries to prioritize education, to really invest in the next generation. That’s what Rwanda is doing.”

[i] Taken from Rwanda Achievements