you might got recently an email titled “Deprecation analysis of” <your add-on>.

The deprecation check behind the email was executed for all productive tenants. With this check the syntax check of the SAP Cloud Applications Studio in regards to deprecation messages was made visible – also for add-ons which havn´t been touched for a while.

As you might know the deprecation mechanism of the public solution model is in place to enable SAP to continue with new -potentially incompatible- developments and to set the old entities to deprecated – indicating that they should not be used anymore and if possible their usage should get replaced.

New features might be only supported for the new objects created. So whenever possible a replacement of the usage of deprecated objects makes sense.

However the analysis of the productive tenants has shown that not all issues indicated by the syntax check are really places requiring a replacement. In most cases the old functionality continues to run – because the Developers have built everything in a compatible way, supporting also the old entities. For example datatypes cannot be replaced in a add-on –  they will be always supported in the future.

(In the email was Mewritten: “It is recommended to replace this usages with the suggested alternative.” – not immediate action required.)

In most cases you find more information about the deprecation in the online help.

It is intended to provide here some more information about frequently asked questions.

The email was send out on the 25th May it will be send out again three weeks later (should be 15th of June). After this it will be sent out only once per release. The email text will be in the future more like “For your Information”.

As more requests come in I see that three things cause confusion:

1. The report had a small bug with big effect in: if in a tenant are multiple addons – the deprecations of addon 1 were also listed in addon 2 … and so on.

Programmers know what the cause is: forgot to clear a variable in the next iteration. However for every entry the full path is listed – so it is easy to identify to which addon the line belongs to and ignore the others.

3. Some Messages address situations which cannot be resolved. Exchange of a Datatype for example or to remove something which is not possible because the solution is assembled.

Considering all this at the moment the email can only be rated as a hint. For some situations it might be useful to replace some usage of a standard object by a newer one. Generally it cannot be expected from Cloud Studio developers that these places are changed – unless the studio does not throw this as error messages too.

So I am a bit sorry having caused confusion with this service. However from SAP side we have now visibilty on the various deprecation cases what we did not have before. So we will try to improve the email in order to point out only real valuable information in the future.

As already mentioned above there is no urgent action required.

appreciate this initiative of "deprecation checks and preemptive notifications", thank you.

A cloud support clerk just sent me this link to clarify my questions, but they still remain so I will repeat them here, maybe someone at SAP will take this into account:

1) It is not stated in the notification mails when the deprecations are going to be effective. This would faciliate planning if we knew when to act.

2) We got notifications for three Add-On-Solutions but the "List of deprecated objects" was always the same (referring to objects from the first addon), it seems something is going wrong during e-mail-message-generation.

3) There is no information provided in which line these problems occur in the ABSL-Script document.

4) And finally, as so often when communicating with pdi-support, the references to BOs, Queries etc. are mostly just described by the ABAP or backend-names which are not equal to those you see when working with the Cloud Applications Studio / Repository Explorer, e.g. take this message:

Now I can go ahead guessing around until I find out it is the parameter SupplierInvoice.ItemAccountingCodingBlockDistributionItemServiceOrderReference.ItemID which takes more time and is prone to causing errors. Would be nice to have a back-translation there.

1) You say "no urgent action required" but still we do not know when the deprecations will be effective.

2) You say "if in a tenant are multiple addons - the deprecations of addon 1 were also listed in addon 2 ... and so on.", but in my case there were three add-ons and the e-mail of the second and third one only had the reference to a script in the first add-on showing up in the "List of usages of deprecated objects" and nothing specific from the add-on itself. Or is it also possible that there is an empty "List of usages of deprecated objects"?

3,4) No solution but this is not too critical.

sorry for my late update:

1) The email/report just brought visibility to this topic. Not beeing able to know every detail of every object I would say that it can be assumed that the objects will be supported "forever" since SAP does not want to disrupt any application.
I would assume that if real action needs to be taken you would get a precise mail addressing one topic and a kind of explanation what has to be done - inclduing a timeline/deadline.

2) This is because of the same bug I descibed below. If there is nothing in the email from the addon (and only accidently from the other addons) - nothing is deprecated.

Hope this helps you further.

thank you for this blog post. We were worried about the depreciation notifications that we received via mail and we wanted to fix the issues immediately, but we were facing the sames issues, that Pablo Menth already described:

I tried to retrieve additional Information about the depreciations by contacting the support team. The answer in the incident was, that we should read this blog post.

If we risk the proper operation of our solutions, I want to fix this and remove the depreciated fields, but I do not know which fields are going to be depreciated and I cannot remove fields in web services and data sources.

Can you recomment, how we should react on this notification?

You do not risk the proper operation of your solution.

The topic youi mention is exactly the gap the report has brought visibility to - you do not have the tools in order to remove fields in WebServices, Data Sources ...

This is the reson why it will be for sure supported in the future.

We get an Health Check Incident with an deprecation message for an data type in an business object in our solution.

But if I check the BO and the data type in the repository explorer everything seems fine. 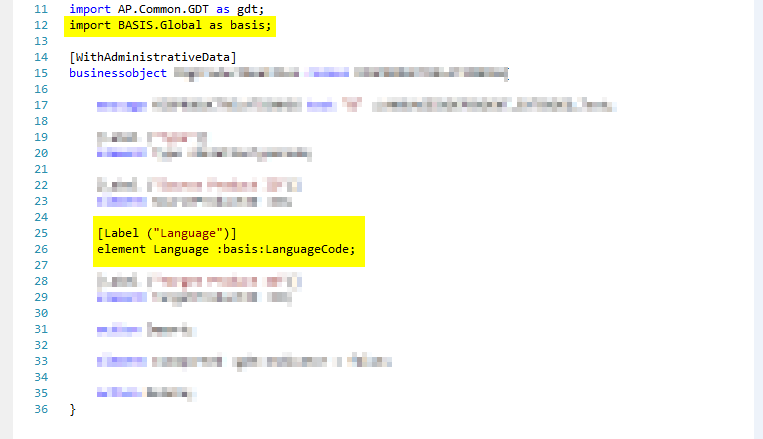 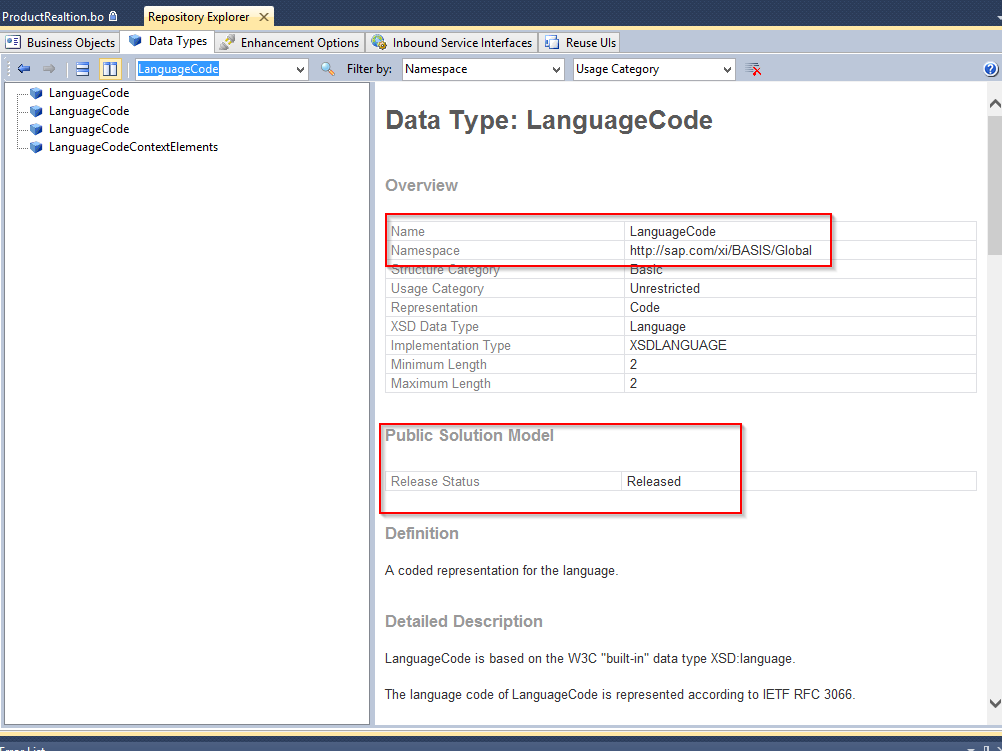 Is there something wrong with the Health Check or does I miss something within the incident/ deprecation.