As, with the new wordservice, as we have come to know as the SAP Sourcing DOCX Generation Service, a crucial step in this process is converting all legacy contract specific documents to .docx and .dotx formats.

You can find details on this via this link here.  The following is a summary of this and best practices, which includes a section on common errors and general instructions on how to run an explicitly called script.

How to run the .doc to .docx converter:

2)     Next, the application will need to be pointed to the old .Net based Contract Generator (old CG) as it’s required that the converter be run while this is true.  Here’s an example

3)     Run the converter script via DBimport

4)     If, step 3 is successful, please then set the system property to FALSE as follows

Common Errors and how to address them

a.     If, you see the following errors in the logs, you may need to apply a known workaround where you will need to run the script through a specific process know specifically as an explicitly called script.  Details on the script is found below in the section on how to run the script.

2.     The Explicitly called script is not found

a.     You may need to import the following workbook.  Under Setup ->System Setup->Scheduled Task type, check if the Explicitly Called

script task type is shown when using the “All inactive Scheduled Task Type” query?  If, so, edit it and make it not inactive.

b.     If it’s not there either, it should be in the “scheduled_task_types” sheet of the appropriate upgrade workbook in the ref guide.  (I.e.  “Enterprise Upgrade Workbook – 7.0.08”) You can take that data and import it manually in the system ( just that one sheet/row )

c.     Customers with multitenant option may not see this if this is turned on.  Please, turn this OFF for the duration of the script being run, then turn it back on after it is run.

The significance of a context in an Explicitly called script:

Here is some more information from our HELP 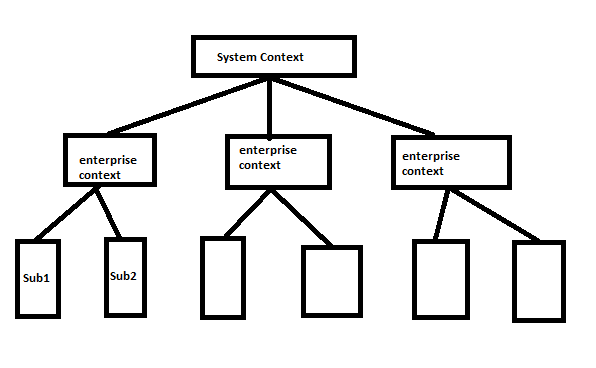 General Instructions on how to run this script 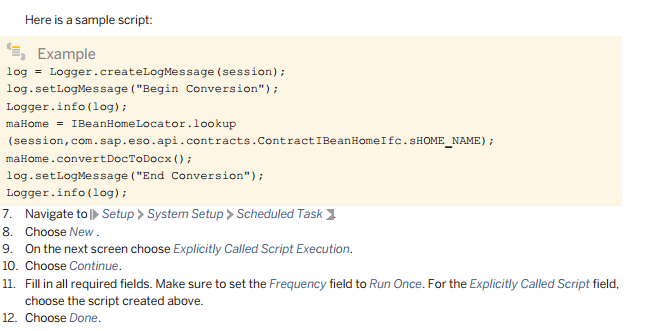