The Automobile In America: Insane Or Rational?

Earlier this year, Edward Humes in The Atlantic slammed the primacy of the automobile in the American life, calling it “absurd” and worse.

“Considering the constant fatalities, rampant pollution, and exorbitant costs of ownership, there is no better word to characterize the car’s dominance than insane,” he said. 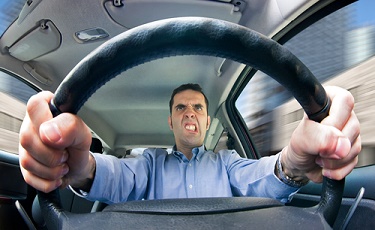 Is he right? Three auto industry experts debated the key points in the Humes article during a recent broadcast of Future of Cars with Game-Changers Radio.

Larry Stolle, Senior Global Director of Automotive Marketing at SAP said the complicated relationship between man and vehicle harkens back to the days of Robbins Stoeckel, attorney, Connecticut state senator, motor vehicle commission from 1917 – 1921. Stoekel said cars aren’t the problem, but man is.

“I believe it is as true then and it’s true today,” said Stolle. “From that perspective, the driver, the operator, the user is indeed the problem.”

What would Stoeckel say now if he could see the proliferation of cars and road rage that goes along with it? What about trying to teach people how to drive more cooperatively and congenially while at the same time putting computers in cars saying to people you don’t need to worry about these things anymore?

“I think he would be very, very shocked,” said Stolle. “At his time the only solution to the problem was modifying behavior and getting people to realize what they were doing and why they were doing it and what the outcomes were. Today I think it’s even worse. We blame the vehicle for many things.”

During the early stages of autonomous driving some Google cars were stuck in four way stops and never moved, according to Joe Barkai, an independent industry analyst. Every time the cars appeared at the stop line, especially in California, everybody was inching their way into the intersection. The car would remain stuck in the intersection for a very long time and wouldn’t move.

“It really highlights some of the considerations when it comes to the interaction between technology and society,” said Baraki.

Are Cars A Waste Of Money?

For most of us, we probably don’t see a good return on capital from an automobile. For such a significant investment, it primarily sits in our driveway or garage, idle most of the time. But sometimes, it’s not about the use of the vehicle, it’s about the ownership.

“It’s my pride, my status, it says something about me, said Stolle. “The ability to do what I want when I want is a return on my investment. While I understand just looking at pure raw numbers one would draw the conclusion that vehicles do waste capital I have to say that beyond that they bring significant other things of real value to people.”

Joe Baraki, disagrees: “Automotive personal passenger cars are a total waste for all the reasons that are listed in the [Humes] article,” he said. “It’s also preferred to say that part of the waste is really the nature of the technology.”

Baraki also argues that for many years, the evolution of automotive technology years drove the development of suburbia in the form of large cars, cheap energy and good highways.

“Now pollution, congestion, fatalities, and all of those things lead us to think differently about mobility,” he said.

A Driver of Industrialization

According to Otto Schell, Global SAP Business Architect and SAP Center of Excellence lead at General Motors, the automotive industry has always been considered a driver of industrialization, how we change business, how we reduce costs and boost sustainability, and find new ways to production.

“The automotive industry over the last one hundred years has shown how industrialization can move,” said Schell.

Stolle agrees, and said that while the combustion engine is “not one of the most efficient things in the world”, the auto industry has taken tremendous steps to clean up the output and fuel efficiency of vehicles.

“The emissions we put into the air today are miniscule compared to what they were thirty or forty years ago,” said Stolle. “And they’re squeezing more and more miles out of a drop of gas.”

“We’ve got to think differently and boldly going forward,” said Baraki. “The progress of electrical vehicles is disappointing and slow and I think that it will continue to be slow for a couple of decades for various reasons. The way to increase the collaboration and utility of technology in society is by trying not to squeeze more from internal combustion engines.”

Listen to the entirety of this Future of Cars with Game-Changers radio broadcast, hosted by Bonnie D. Graham, here.