This is my first blog and thought of writing it on day to day issues which each Basis consultant faces like Slowness/poor performance of SAP system. Generally this issue is reported by End Users.

Performance of SAP system is depended on so many things. Hardware, OS, storage box, storage agent, clustering agent, database, customized (Z) programs and overall the usage intelligence of the users and the configuration/installation done initially. 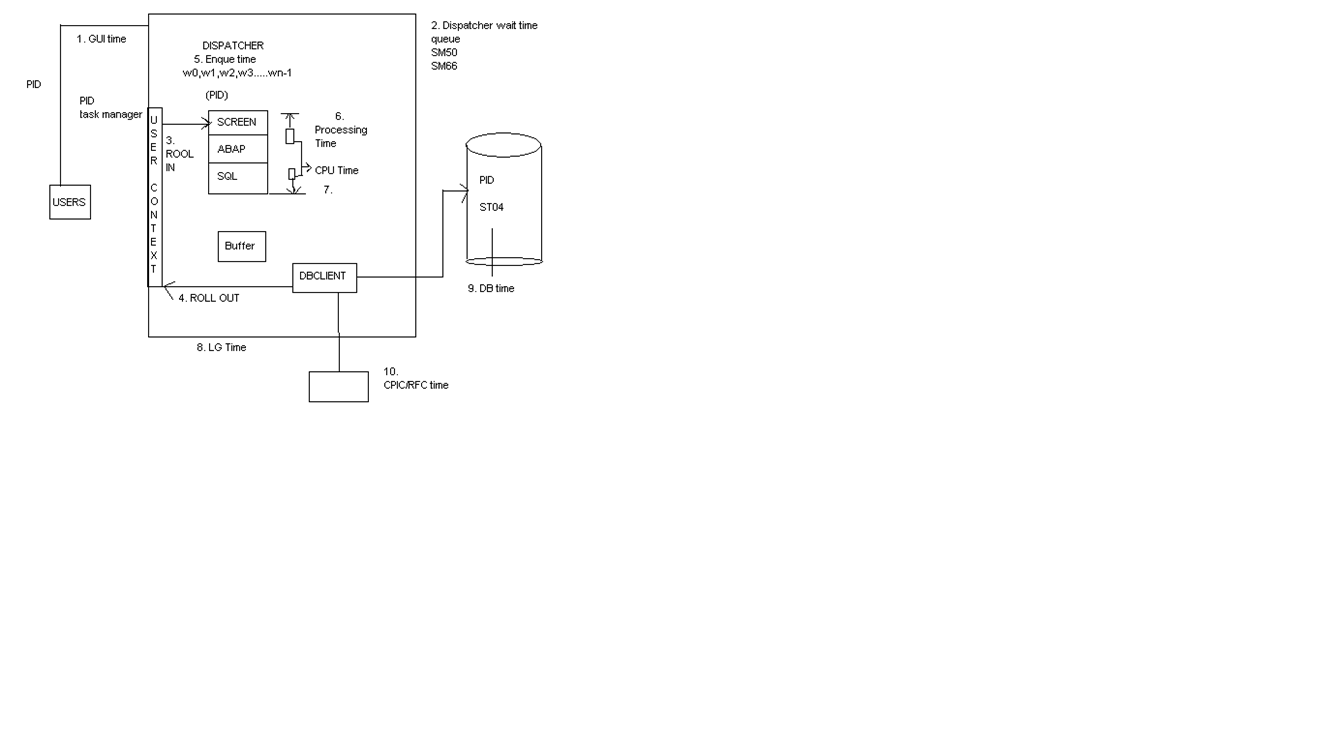 Where, Execution time = Generation time during the run.

+ Load time for programs, screens and the graphical interface

+ Roll time for rolling in the work data [Rollin and Rollout]

SAP GUI time is not a part of the response time.

The time taken by the user request to process the users task right from the dispatcher to database.

Time taken by the Work Process to serve user requests.

If GUI time > 200ms then consider the following-:

2. ROLL-IN TIME-: The time taken by the work process to roll-in the user context into its task handler.

3. ROLL-OUT TIME-: The time taken by the work process to roll-out the user information into user context before sending the response to the user.

4. CPU TIME-: The amount of time the work process utilizes the CPU resources while processing the request.

for runtime analysis of ABAP programs.

5. PROCESSING TIME-: The time taken to process the user request.

Then consider processing of screens, ABAP and SQL is expensive and tune the ABAP programs, SQL Screens and SQL Statements.

If it is periodical then check the interface/gateway/RFC

connections or the target system resources.

> 100ms for request that is coming from dialog

Spool statistics-: It displays the number of spool requests, amount of data etc.

i.e. the content which is idle and not accessible [based on the time stamp] will be swapped out. It is recorded in ST02.

It displays the following information-: 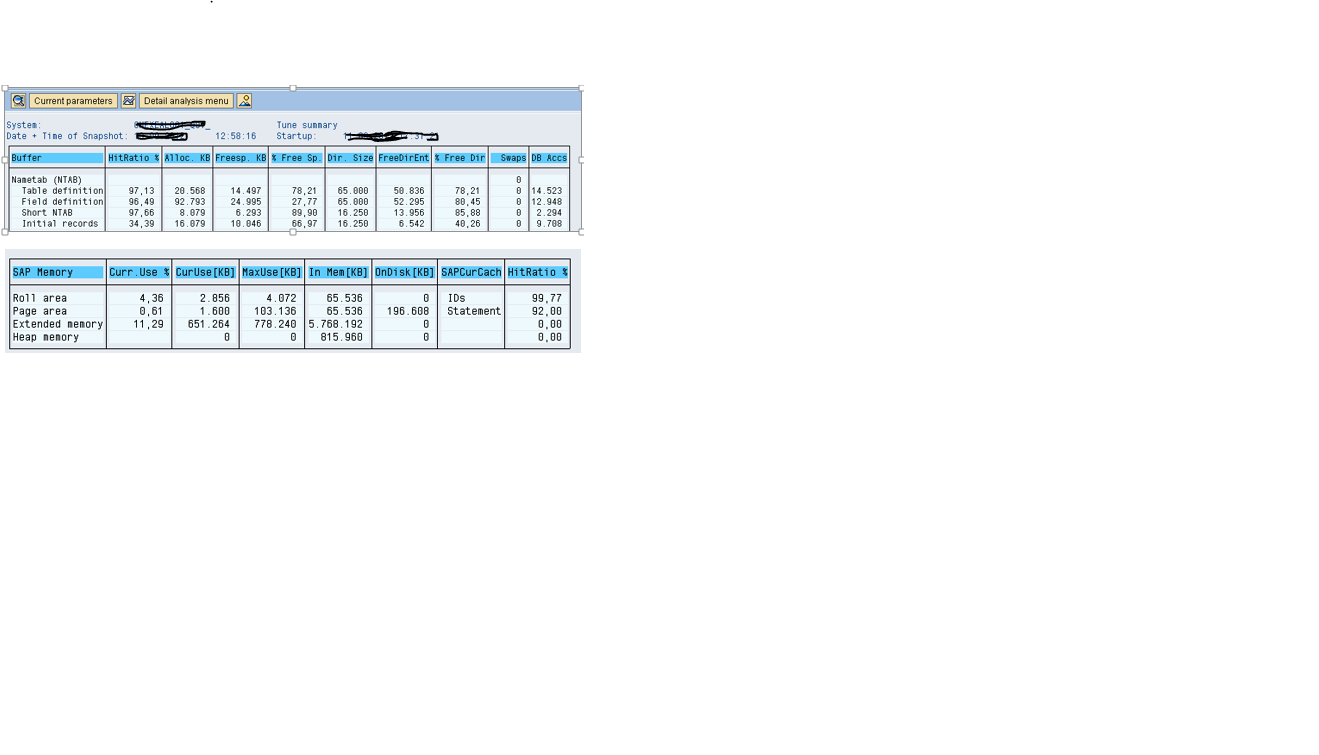 ABAP/Buffer size is used to configure the size for ABAP programs which can be configured up to 1500mb [1.5 GB]

The SAP tables and their content is buffered in R/3 based on settings in SE13.

By default the following options are provided in SE13.

The tables which are large, transactions are not eligible

Buffering allowed but switched off-:

The table buffering is allowed for these tables but it is switched off in DEV and QAS for technical reasons which can be enabled by the customer.

It improves the response time of the instance by caching the frequently accessed content. When more than one application server (instance) is configured, then the buffering between the instances need to be synchronized else it is possible to get different response from the instance.

rdisp/bufreftime=60 seconds which will synchronize the buffers between instances.

The default setting send on, exe auto means that the buffer synchronization is activated.

Send off, exe off deactivates the buffer, synchronization.

Note–> Review the system for couple of days, before making any predictions

E.g. A transaction is executed in 10 mins for the first time

If the swaps are more then we can consider the following-:

You can also run T-code ST04, will discuss about this in the next blog.

Superb article, very helpful explanation of subject and excellent insights.....Must READ for ALL!!

All the best for upcoming additions.....!!

This article provides a view on overall level. Waiting for other posts as well !

Hi, waiting time for start transfer in 0CUSTOMER_ATTR is very very high, and take 16mins in loads master data. How we can Tunning for Acelerate the load to BW ?