Data visualization is a technique for visually exploring the data. We followed the process of data driven journalism which is usually in four steps

In this research we aim to collect our data form mixture of Books, Journal articles, Australian government websites etc relating to issues faced by overseas students in Australia. Once we thought that we had enough data for this research assignment, we started to filter the data, we discarded the unnecessary and imported all the necessary data in Microsoft excel spread sheets and using those data we used SAP-Lumira tool to do some useful explanatory and exploratory visualization by which we generated a meaningful and informative story in context of issues of international students studying in Australia.

Data visualization is a good way to tell a story, in our case it is a study on international students

We narrated this study using

The message was to first give the data of total number of students enrollement in australia by year wise and also nations wise. Then we narrowed down to students studying in different states of australia. And then we explored different issues of overseas students like unemplyment rate, safety issues, levels of loneliness among overseas students.

After observing the data we concluded our paper with some conclusion. 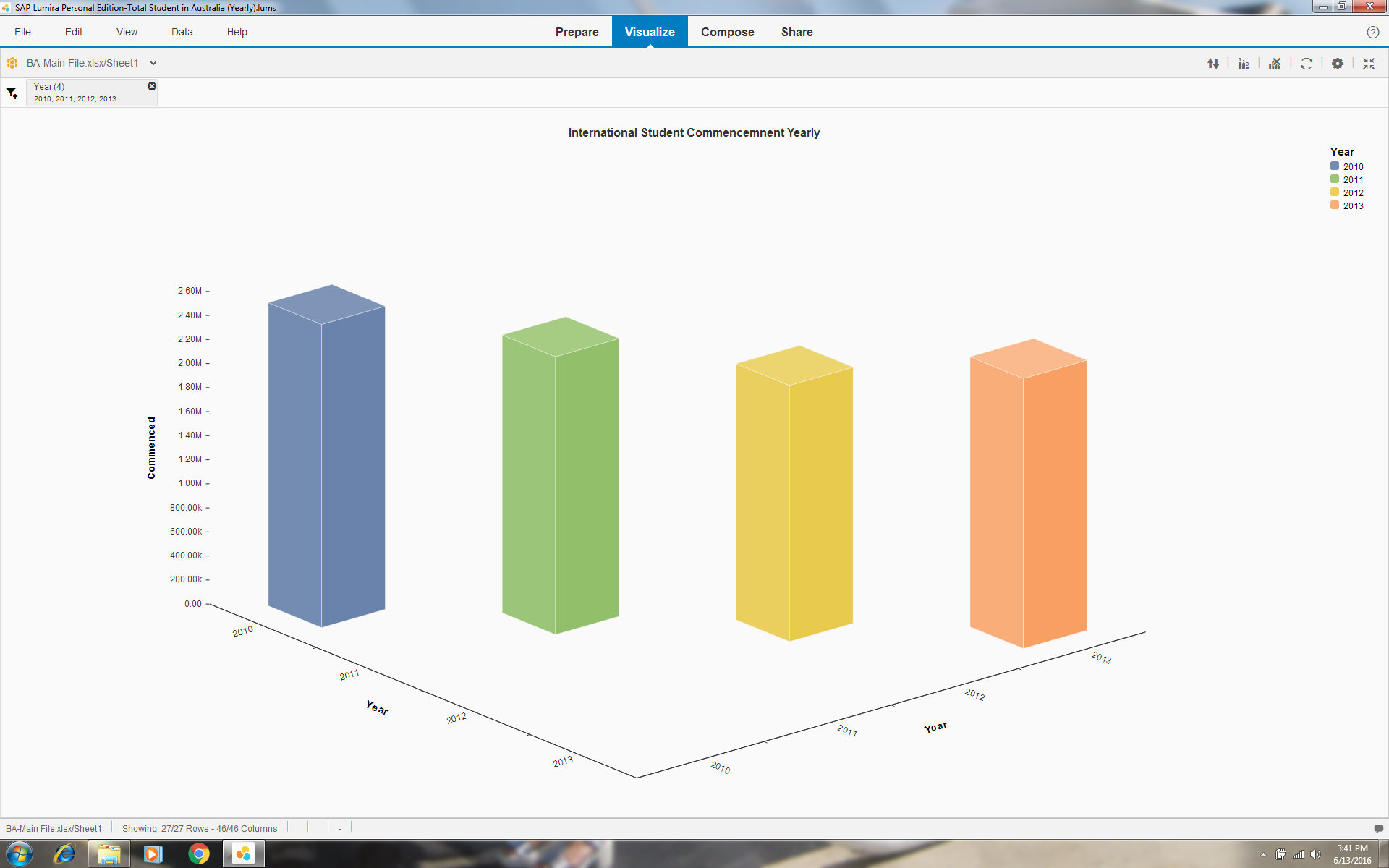 The first visualization is about total number of enrolment from 2010 to 2014(reference). It is seen that total number of international students in the year 2010 was 250994 but it fell down to 2245751 by the end of the year 2013. Student’s enrolment in 2011 and 2012 was 2310400 and 2129904 respectively. We used Bar graph for this visualization, it is evident from this visualization that enrollment of international students has been decreasing. 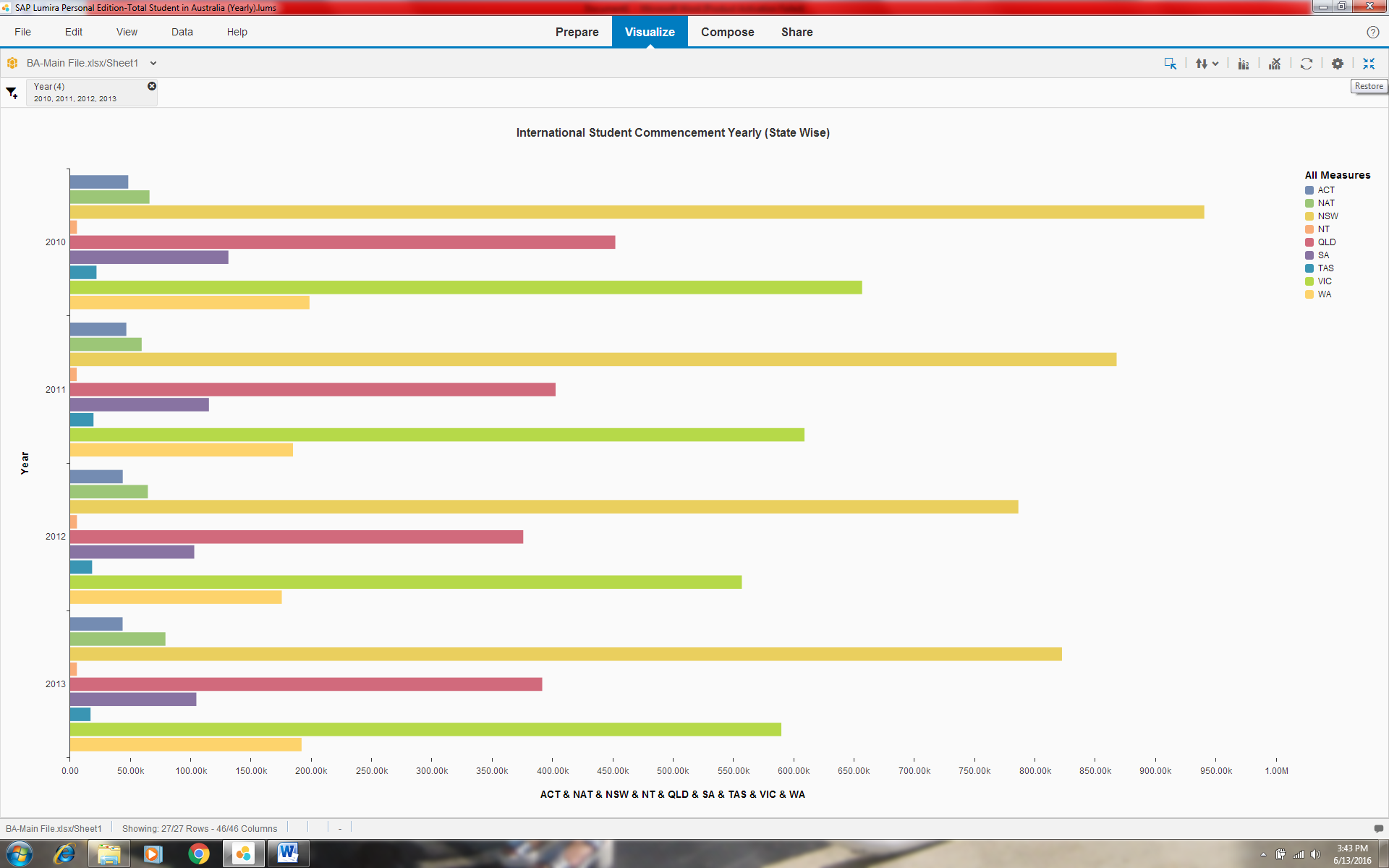 We have abbreviations for this visualization (refer Legend in the graph).

In the year 2010, out of 2520944 enrolments, NSW was the top state with highest number of enrolments with 940431 international students and NT with lowest number of overseas students with total of 5727.

The trend was same in the following year 2011 with NSW again with highest number of international student’s enrolment with 867742 and NT with lowest number of enrolments with 5547.

The pattern observed was same for the year 2013 with NSW leading with 822419 international students, Victoria with second highest with 589755 enrolments and as usual NT was with lowest number of students of 5672 enrollments. 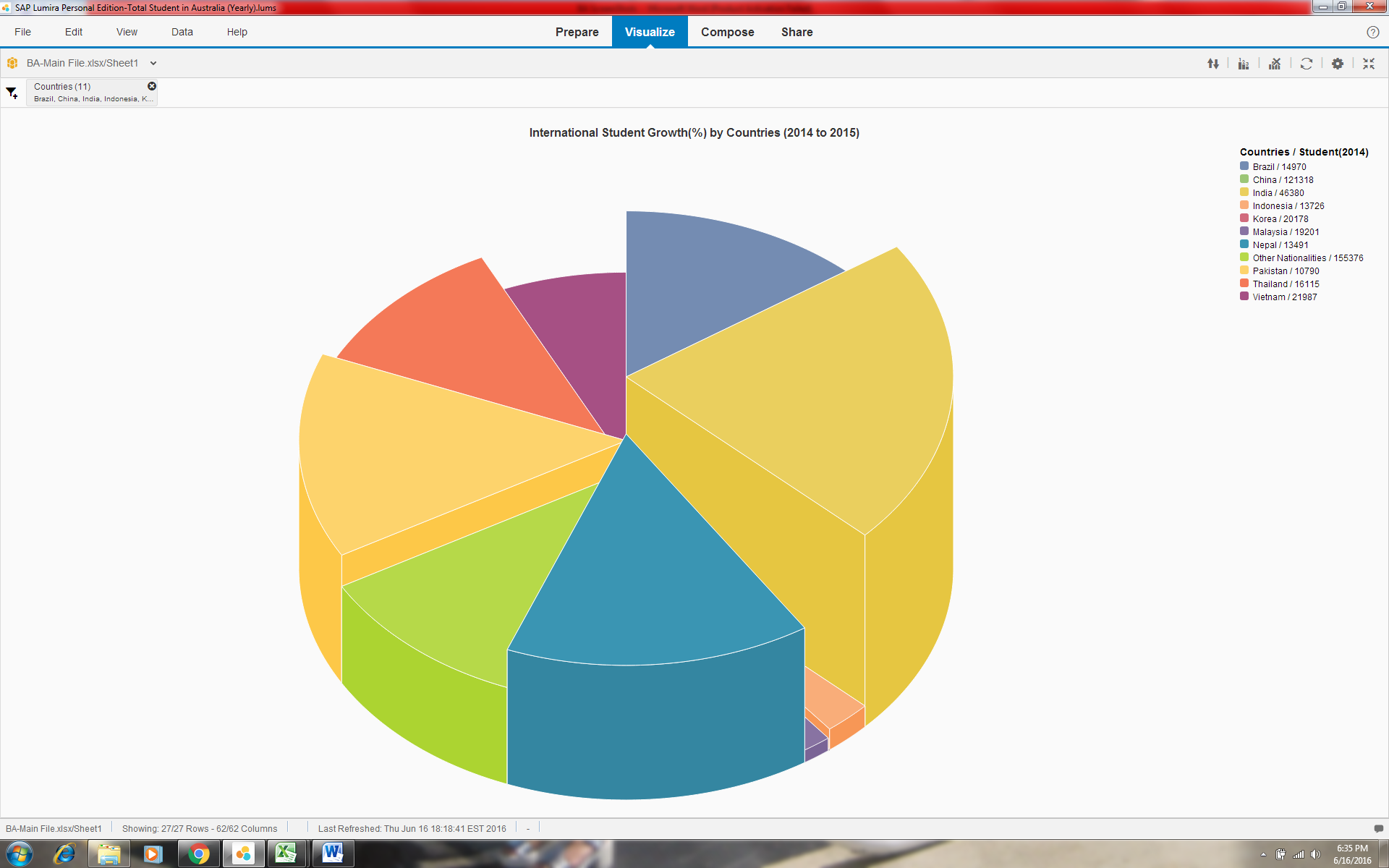 This visualization we can infer that number of enrollments in Australia from other countries. The pie with depth chart graph below shows us overview of the number of international students studying in Australia in 2014. This analyze was contributed by eleven countries. There were just over 453,500 international students enrolled for different type of studies in Australia. Students from Pakistan contributed approximately 29 percent of all international students in Australia with 45380 students. It was followed by Nepal and Brazil with 20 and 19 percent respectively. From Nepal, they had 13491 students and Brazil had 14901 students. Regarding to our analyze Thai had the lowest growth in 2014 with approximately 20178 student and growth was 0.2 percent. India, Korea and China were the other countries who had higher growth than Korea, Vietnam and Malaysia. 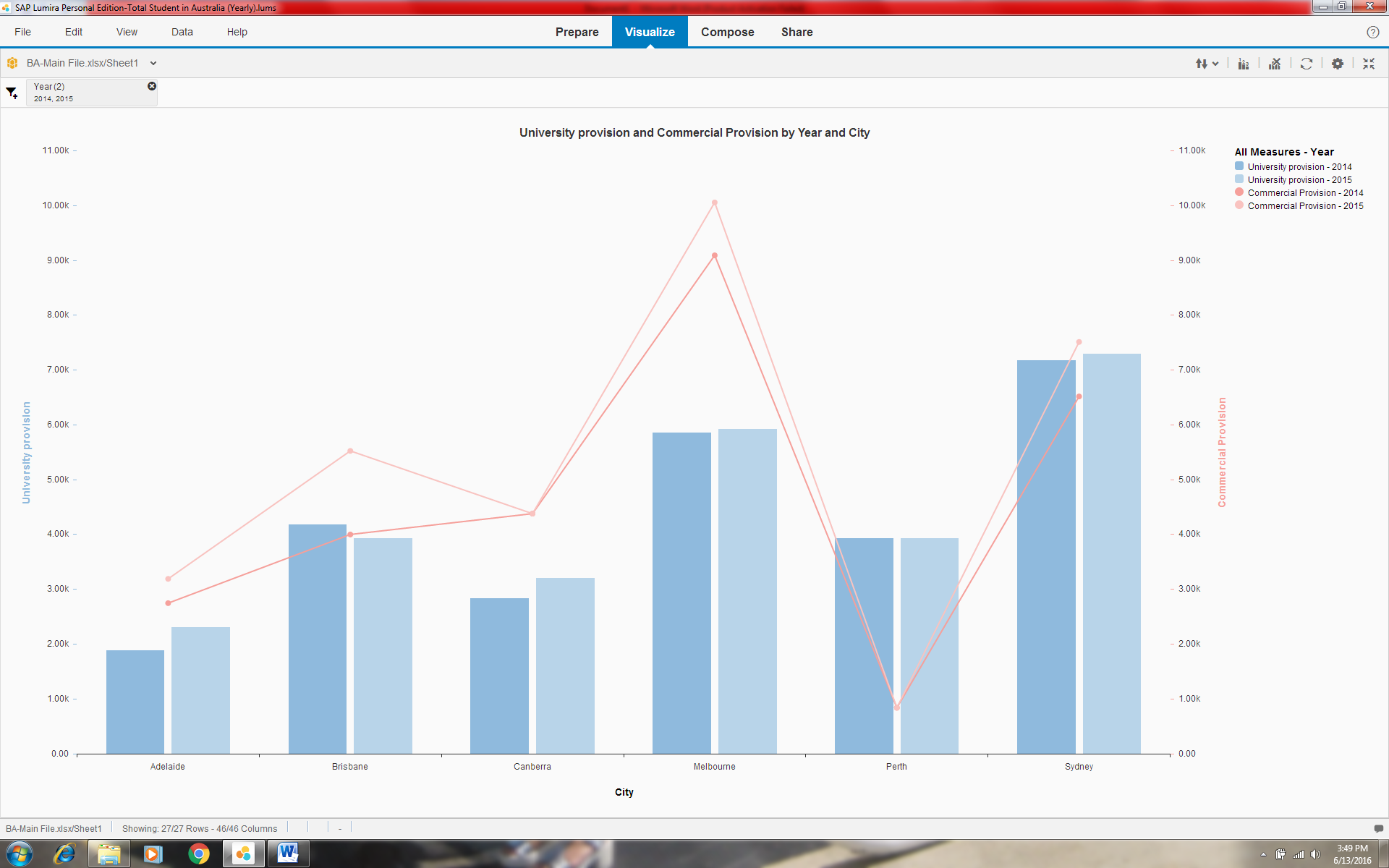 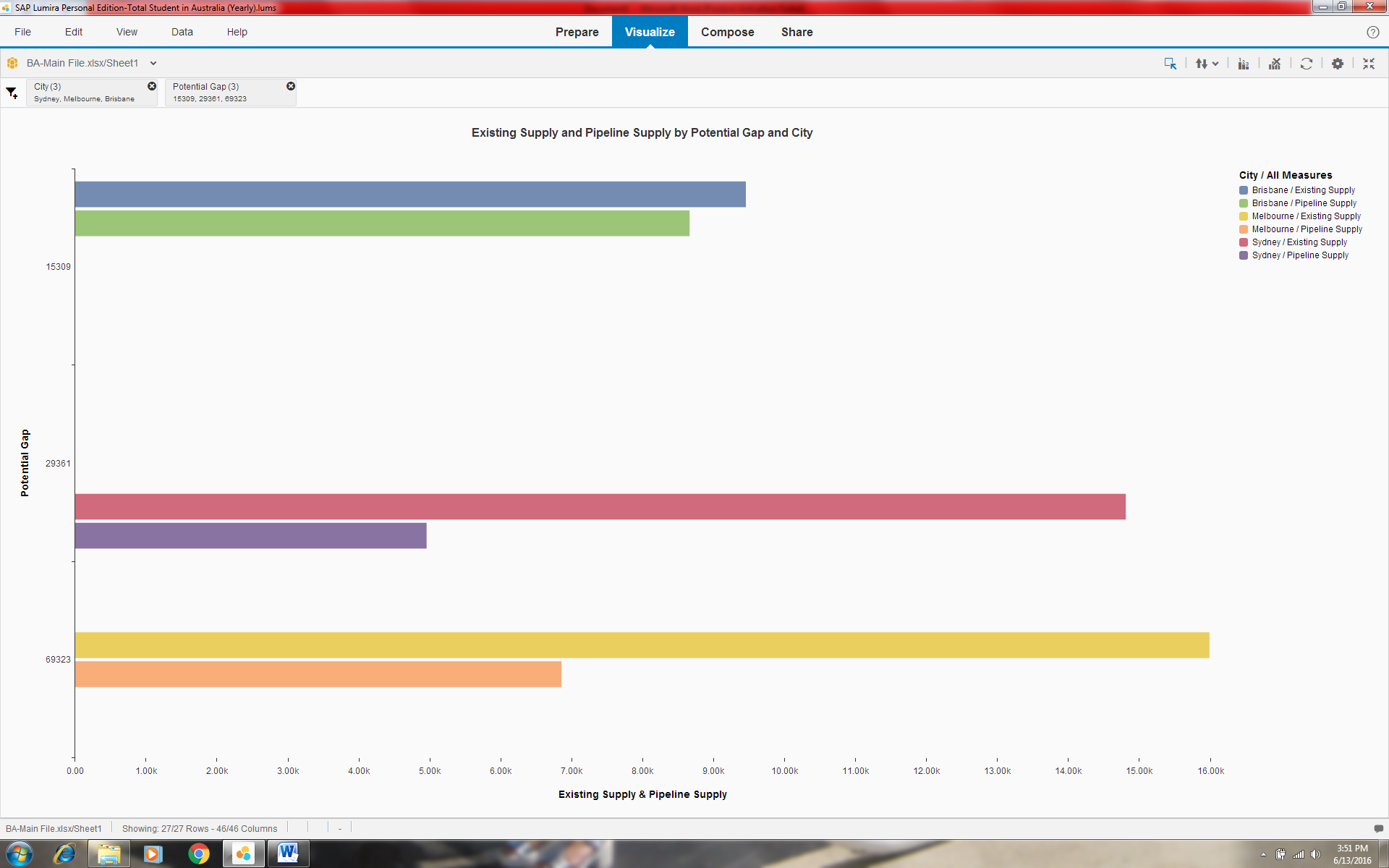 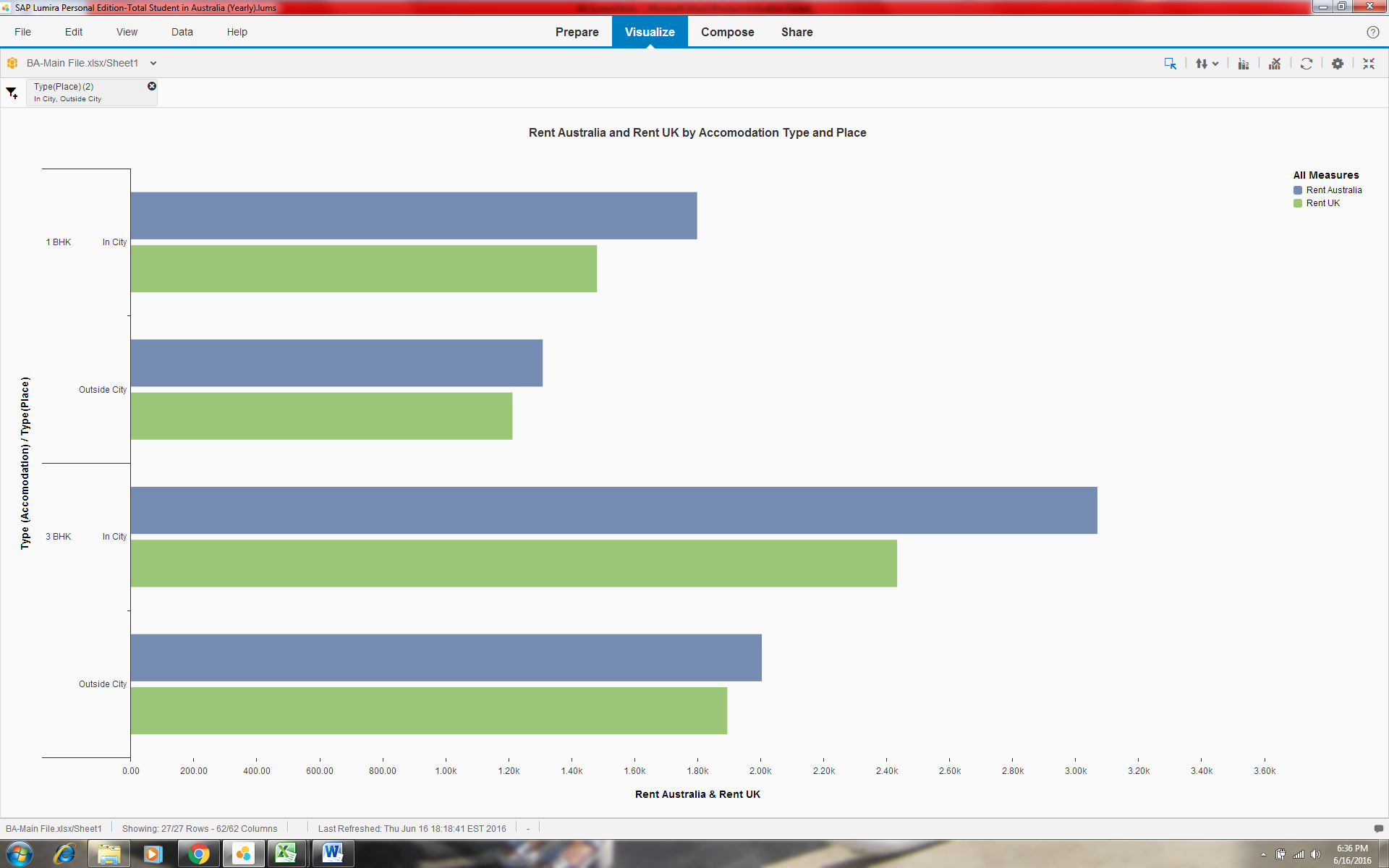 The bar chart above analyses the comparasion of rent for Australia and UK in 2014. Research data clearly point outs the different between two country. UK has been known as one of the most expensive country for many expenses. However, visualize shows us rent in Australia is even more expensive than UK. The graph shows, in the city for one bedroom hall kitchen house rent was approximetly 1.8k per month, when it was 2.0k lower for UK. Regarding to this visualization we can infer that difference for three bedroom hall kitchen type unit rent was more clear and expensive which was causing another problems for international students.  When the rent was 2.5k for UK, it was 3.1k for Australian city areas. The graph analyses diffrence for the outside of the city units which is cheaper than city, however most of the international students need to prefer living in the city with considering distance for their study places and job oppurtunities. For the above visualisation we used bar graph to describe the rent spent on 1bedroom-Hall-kitchen (BHK) and 3 BHK within and outside of six major cities in Australia which are Sydney, Melbourne, Brisbane, Adelaide, Perth, and Canberra. The amount is the average of 2014, 2015 and 2016 rents. 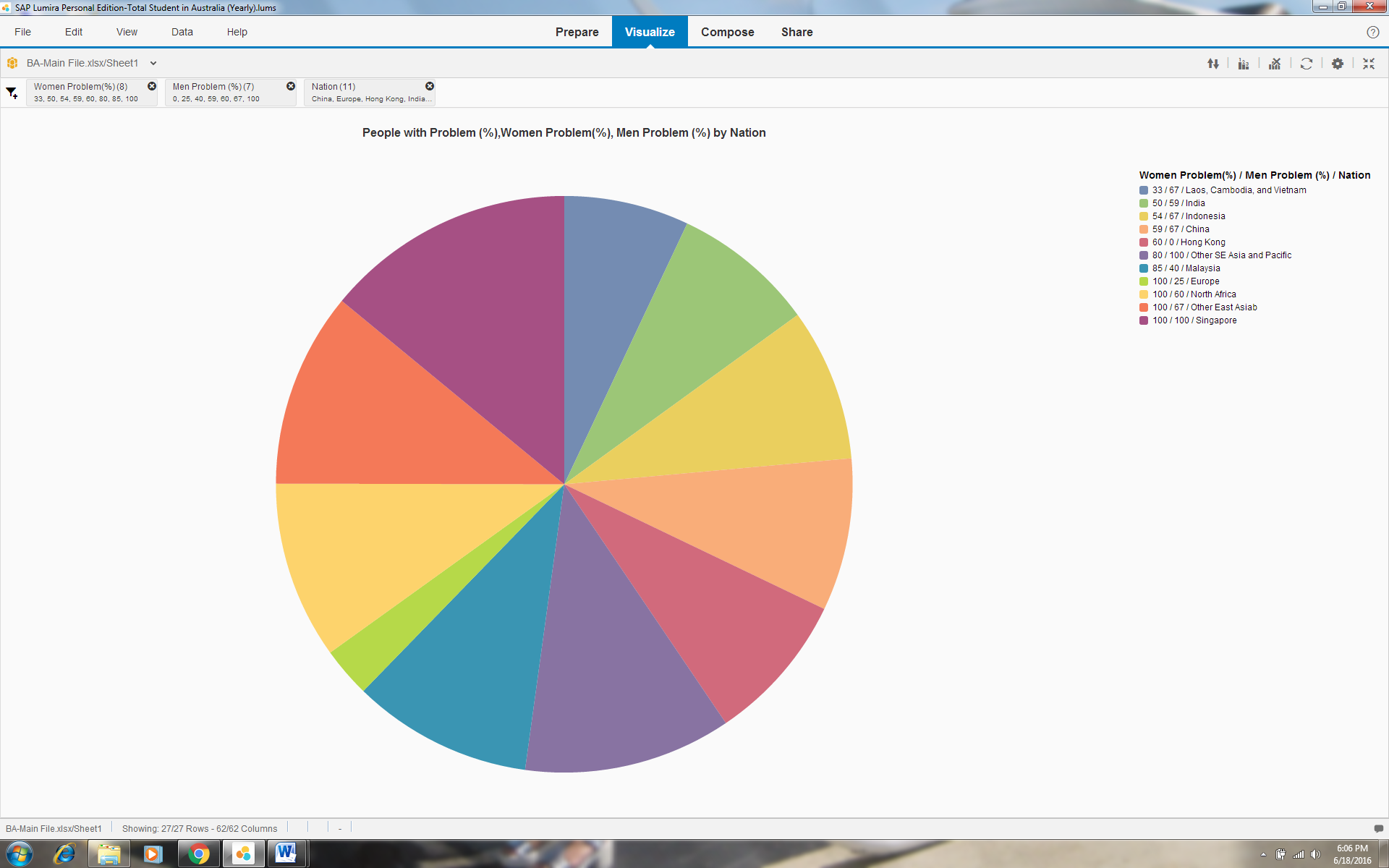 The international education sector is very important for the Australian economy. However, there is not enough support for international student. The pie Chart above shows us percentage by issues regarding to gender and nationality. The pie chart below is result of last decade’s integration. Analyze shows us students from Singapore who has the most adaptation issues. Every student from Singapore including male and female were having problems as a result with 100 percent. Followed by Asia and Pacific with 80 percent of female student and 100 percent of male students were having problems with being an international students in Australia. Male students from North Africa, East Asia and Europe were another group of having adaptation issues with 100 percent. There were no data regarding to female students from Hong Kong which shows they were the one who didn’t have any problems with 0 percent. Regarding to our data Indıan and Indonesian male and female students were having adaptation issues equally approximately 50 percent. 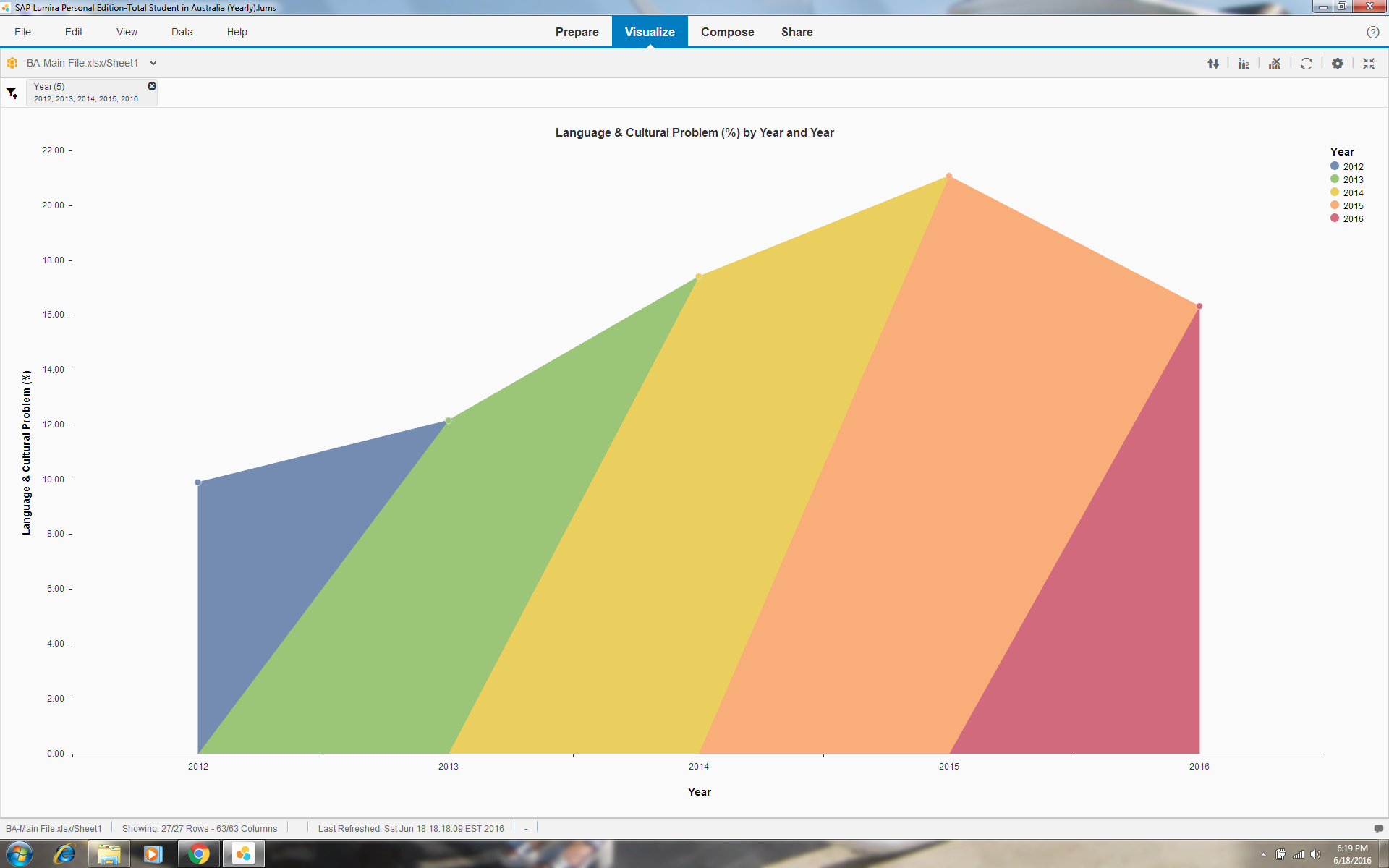 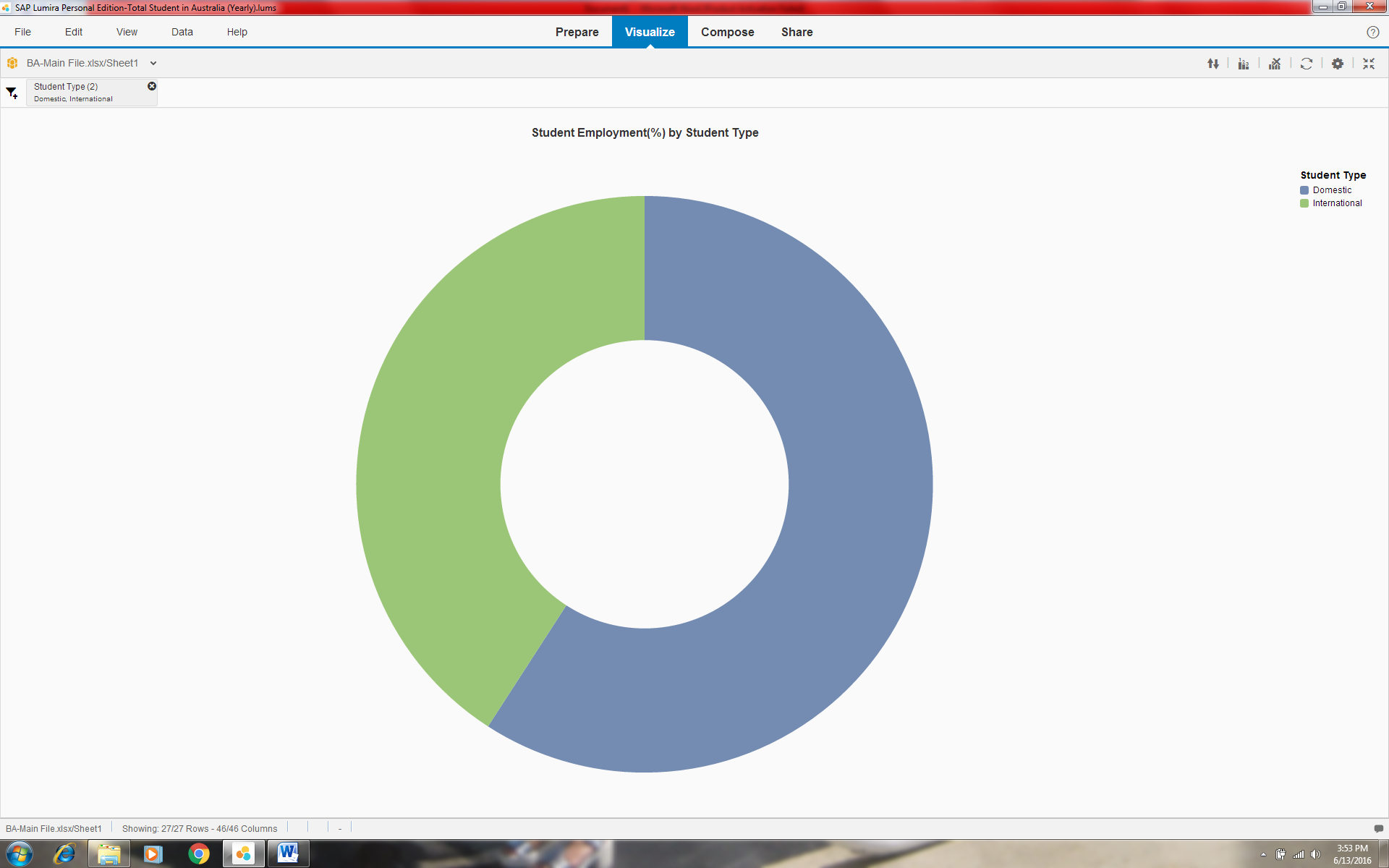 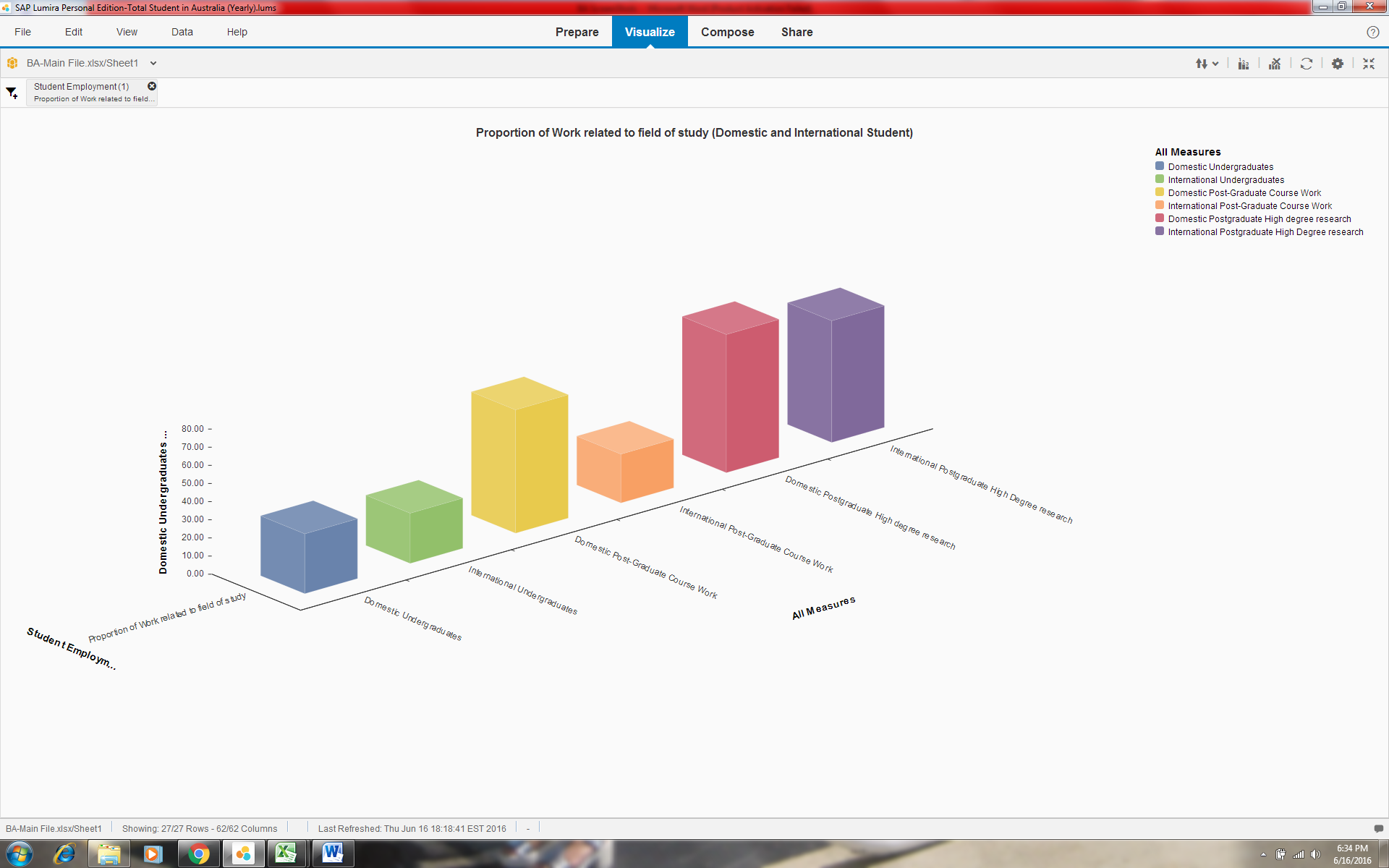 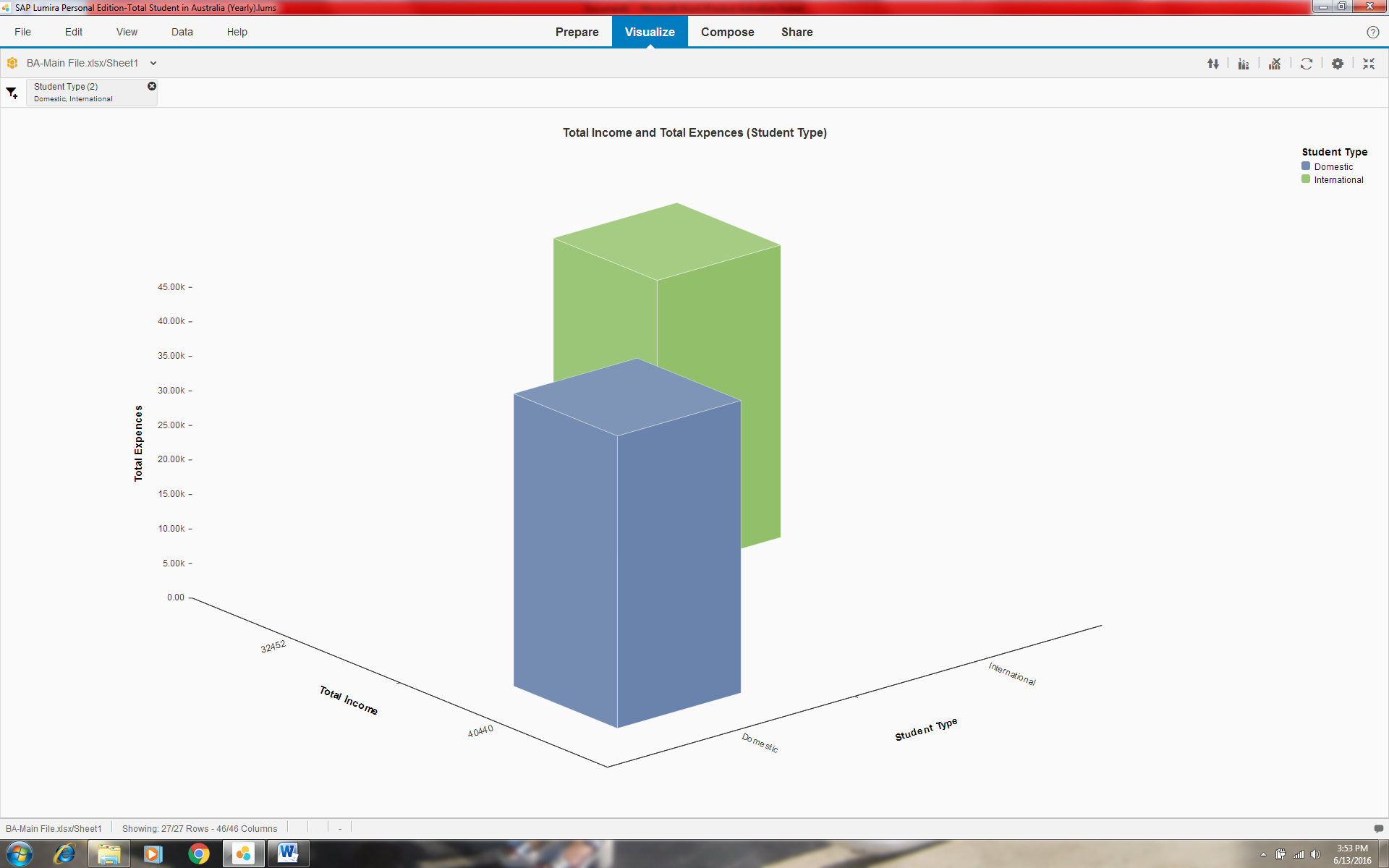 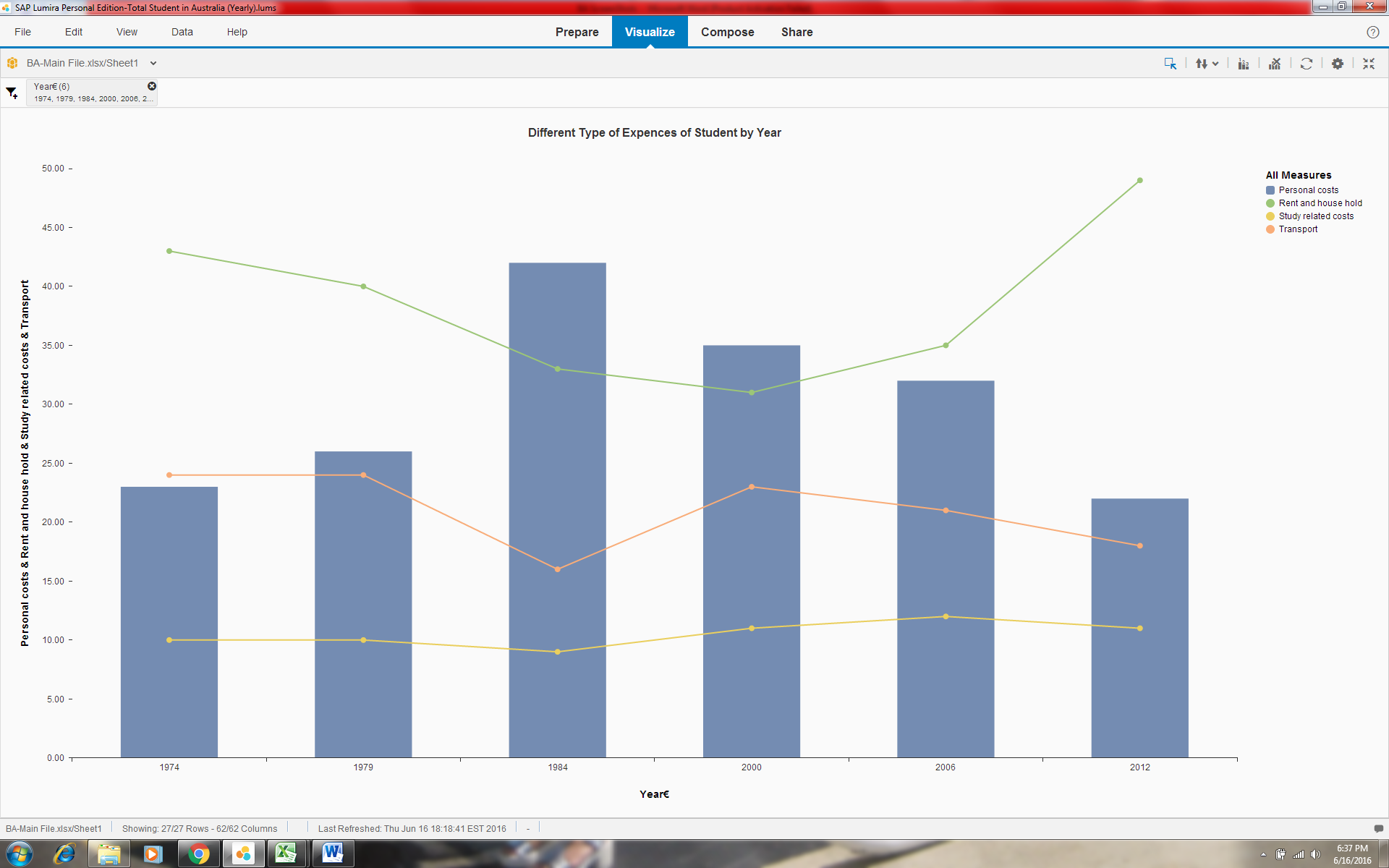 The same trend is seen for the year 2000 and 2006. In 2012 the percentage of expenses on rent and household was 49%, with 22% costs on personal costs and expenses on transport and study related costs was 18% and 11% respectively. 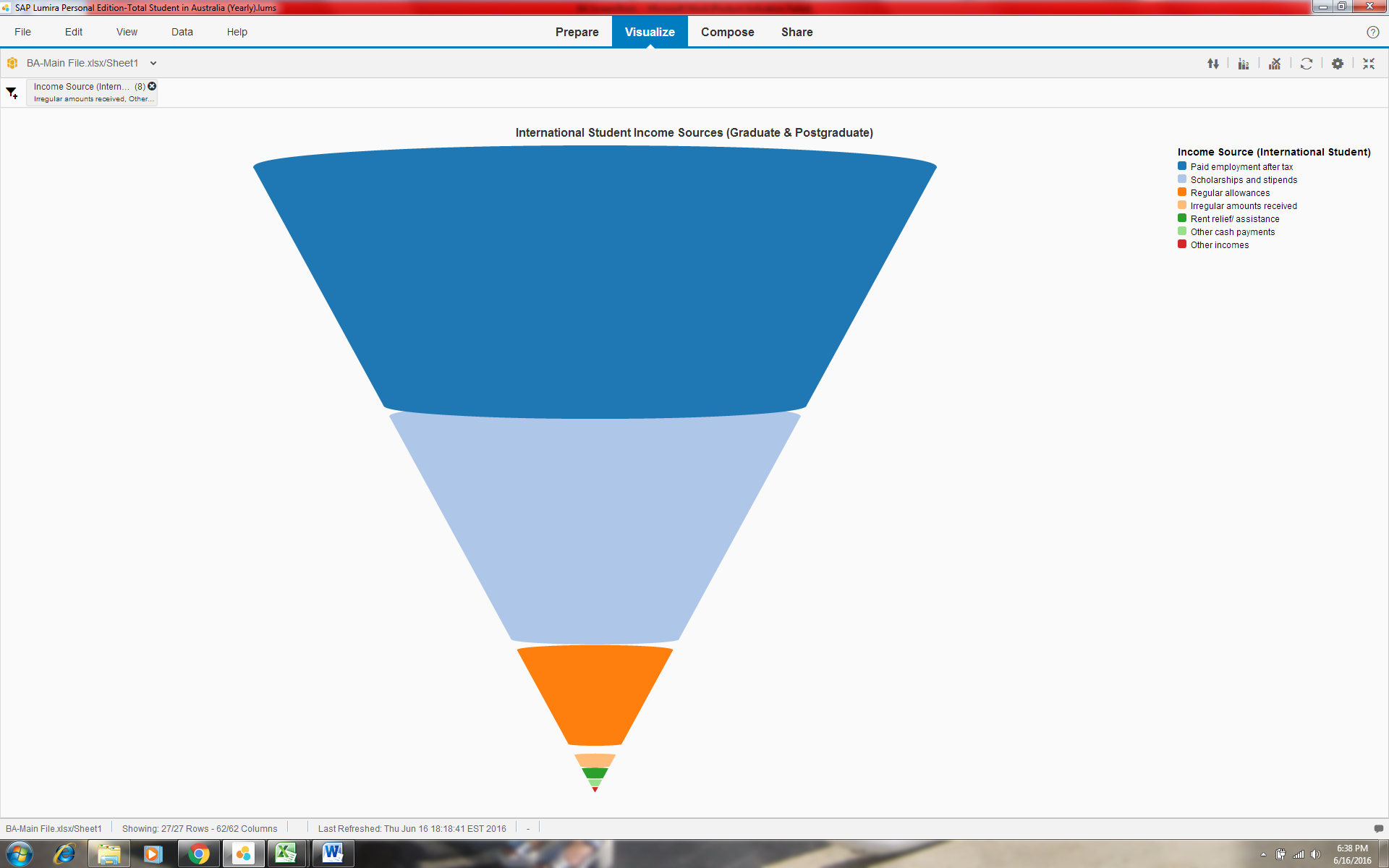 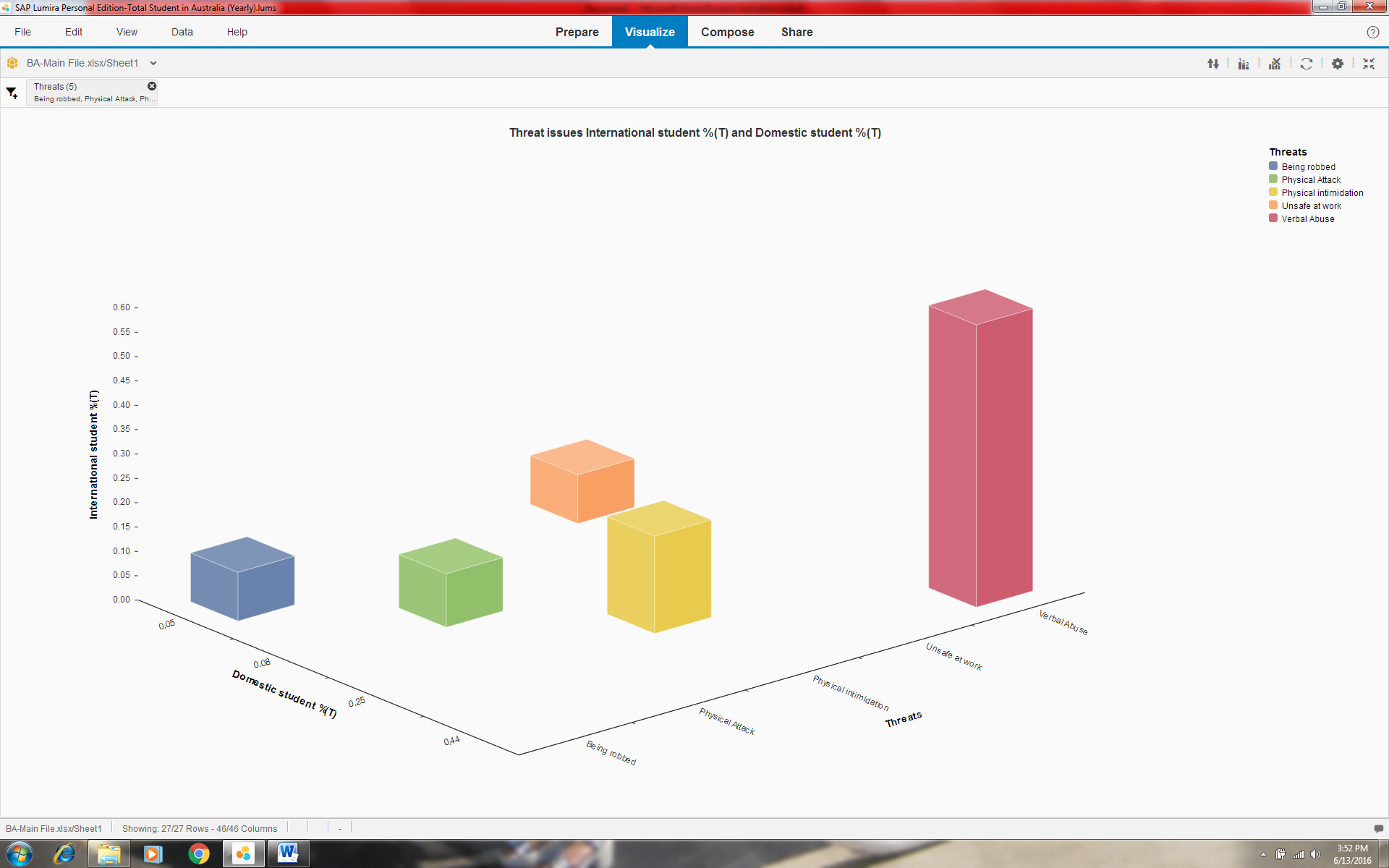 Some of the data we collected was from a survey where the data was small in number which was the limitation for this research report. After studying various issues on overseas students studying in Australia like their availability for accommodation in major cities and outside cities, employment issues etc. Educational institutions should consider these issues. Educational institutes should organise, encourage overseas students to have some kind of activities which makes them to socialise students from overseas and domestic students to get over from culture shock, to communicating with fellow students, and allows them to understand the education systems of Australia.

For resolving accommodation issues raised by students, good and broad policies needs to implement like zero level tolerance for racial discrimination, abuses etc. which Australia has been doing this since many years but we think it should be done on regular basis by university.

Create some policies to free students from financial issues; certain work restrictions should be flexible for overseas students, which would make them financial strong so that they can overcome their financial hardship and can pay there tuition fee.

In nut shell, it is evident from our visualisations that there are some serious issues which students are facing while they are pursuing their studies. Concern departments should consider these issues and take a positive action to those issues, which make Australia to be favourite destination for students which encourage large influx of international students to come and study in Australia and which in turn improves the quality of education system in Australia with multicultural students.