Statistics Don’t Lie: “Mr. Hockey” Is the Greatest Hockey Player of All Time

The hockey world recently mourned the loss of Gordie Howe, one of the greatest professional hockey players and athletes, who passed away at the age of 88. We were inundated with great memories and stories of “Mr. Hockey,” as he was fondly known, and countless personal statements of his value to the world of hockey and sports.

One of the many messages that flashed across my iPhone that day was the statement: 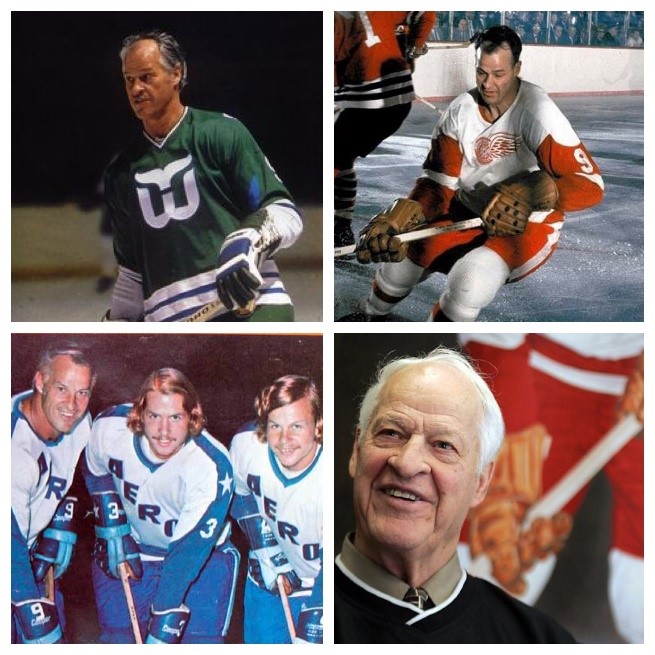 “Numbers say Howe was the best ever: statistical analysis confirms his place as the greatest player in hockey history.”

Tapping into my data geek side and passion as a hockey player and fan, I decided to look at the numbers myself. Fortunately, I have a great resource at my fingertips – the NHL.com statistics page with insights by SAP.

The truth about statistics

Mark Twain once said, “There are three kinds of lies: lies, damned lies, and statistics.” Anyone can form an argument with numbers and statistics, but I truly believe that this information is powerful ammunition for adding critical insight, inspiring decisions, and supporting actions.

I’ve made a career out of telling stories supported by numbers and analytics. I was fortunate to be around for the emergence of business Intelligence and learned first-hand how data can be transformed into information that enables insight and informed decision making.

How does this apply to the great Gordie Howe? 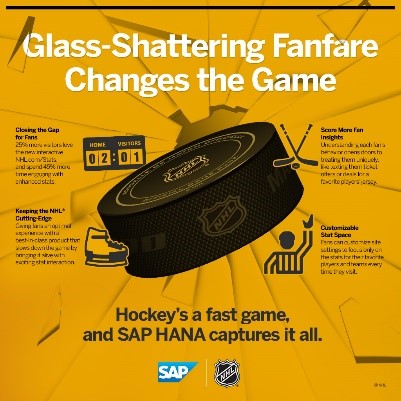 Mr. Hockey by the numbers

Gordie Howe was truly one of a kind, playing across five decades – six if we count the one shift he played in the International Hockey League (IHL) during the 1990’s. I always knew this was the case, but I didn’t understood the full  depth of his talent until I dug deeper into the numbers in the National Hockey League (NHL) statistics page. 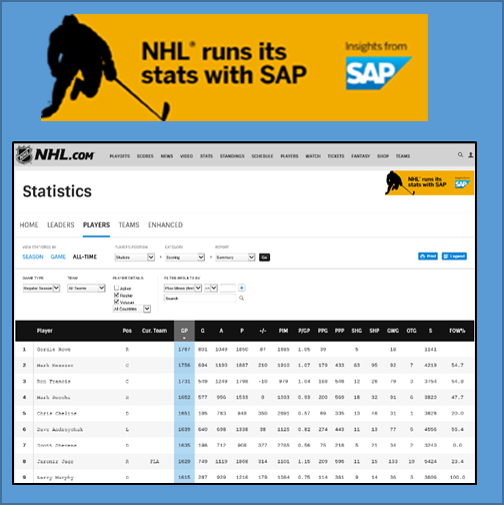 Considering the numbers, I declare with great confidence that “Mr. Hockey” Gordie Howe is the greatest hockey player of all time. I had the pleasure to see him play at the very end of his career and enjoyed following him since. Off the ice, he was an amazing hockey ambassador and much more.

We’ll miss you “Mr. Hockey.” It’s no lie indeed – you are the greatest of all time. And if anyone dares to challenge me, expect a “Gordie Howe Hat Trick,” and we’ll settle it on the ice!

See how the NHL leverages SAP to run its Live Business in this executive video featuring NHL Commissioner Gary Bettman.

Fred is the senior director and head of Thought Leadership for Digital Business Services Marketing at SAP. Born in Hartford, Connecticut, he’ll be a Whaler and  Gordie Howe fan forever. 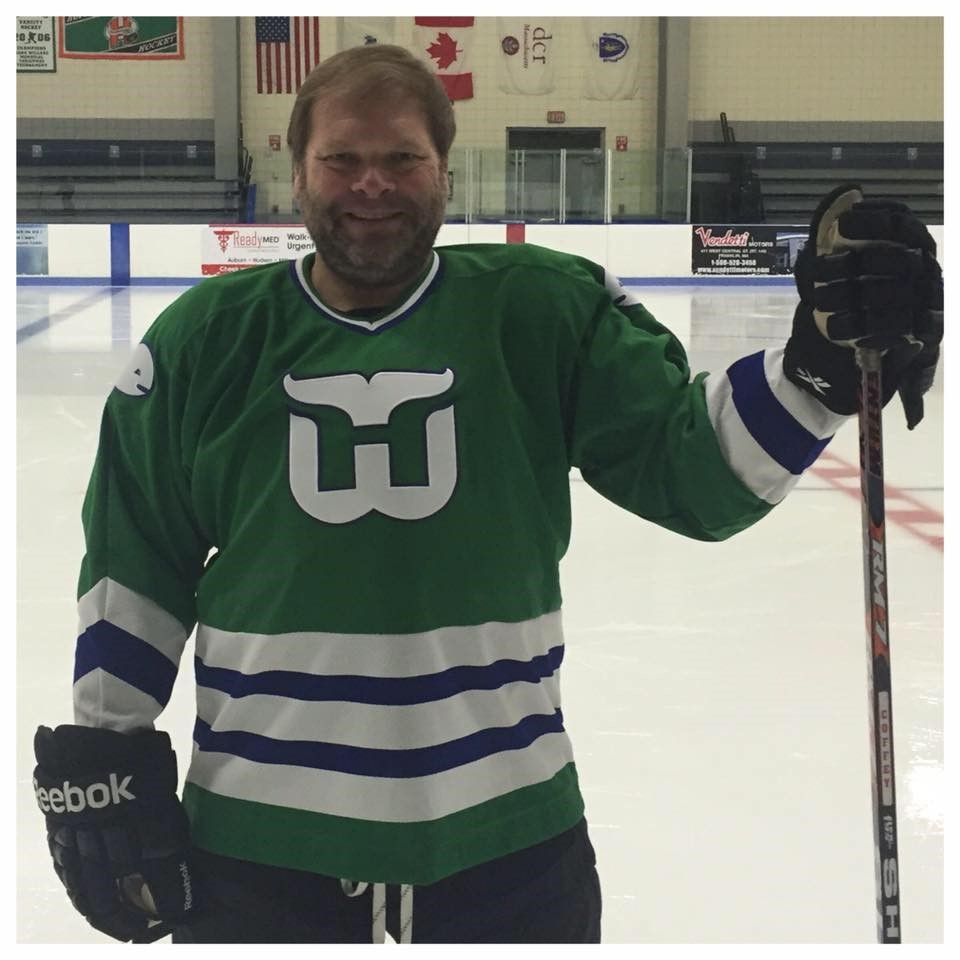