DBM Material master allows to define a spare part material as Exchange part, Used part or Normal part which can then be used in job order as per business scenarios.

Exchange part – The new part which is installed in customer’s vehicle.

Used part – The defective old part which is taken back from the customer’s vehicle in replacement of the exchange part.

In some business scenarios the defective old part is taken back from the customer’s vehicle in replacement of the new part.

This defective old parts will be added automatically in the service job order as soon as the user enters the exchange part.

Here in the below screen shot the field – “Type of part” defines whether the material is Exchange part, Used part or Normal part.

The Old defective material which is to be taken back is mentioned in field – “Used Part”. 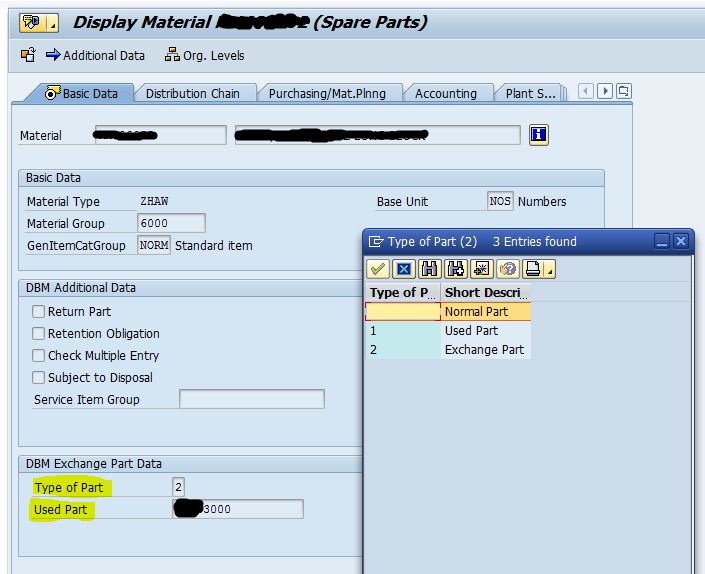