Using SEGW and ABAP in Eclipse

In one of my last blogs about code based OData service development using the SAP Gateway Service Builder (SEGW) I got the (valid) question from Joachim Rees whether I would commend using SE24 to get the ABAP-Code in the generated classes or whether the developers shouldn’t use eclipse for that?

I have to admit that I might have been a little bit old fashioned working mostly with SAPGUI and SEGW/SE24. But ABAP in Eclipse has definitely several advantages when you are developing ABAP code.

However the Service Builder is a SAPGUI transaction and like DDIC structures you have to create your SEGW project using SAPGUI. Fortunately there is a nice integration between ABAP in Eclipse and SAPGUI if you start SAPGUI from within ABAP in Eclipse.

So I thought it would be a good idea to show how to start SEGW from within ABAP in Eclipse. 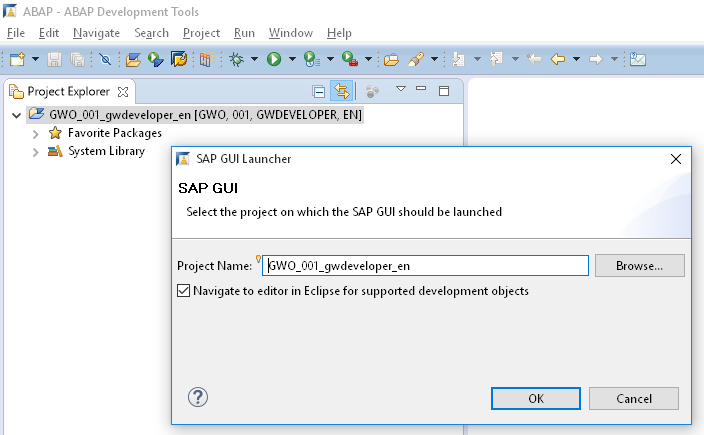 Have fun using ABAP in Eclipse 🙂 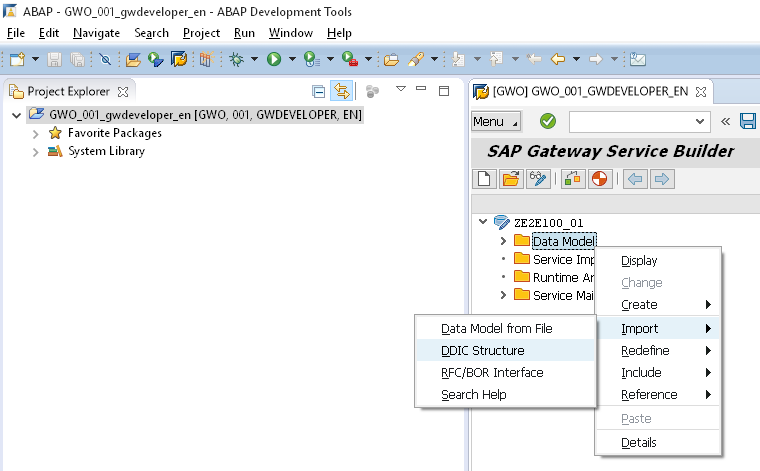 I hadn’t thought about doing everything (inkl. SEGW) in Eclipse, I just opend SEGW in Business Client and once I generated the classes switched over to Eclipse.

-> I don’t mind having two tools for two tasks.

But I know a lot of people like the “everything in one tool”-approach, so it’s great you showed us this way!

one shortcut from my side: You can open every SAP GUI transaction from eclipse via the shortcut ALT+F8: 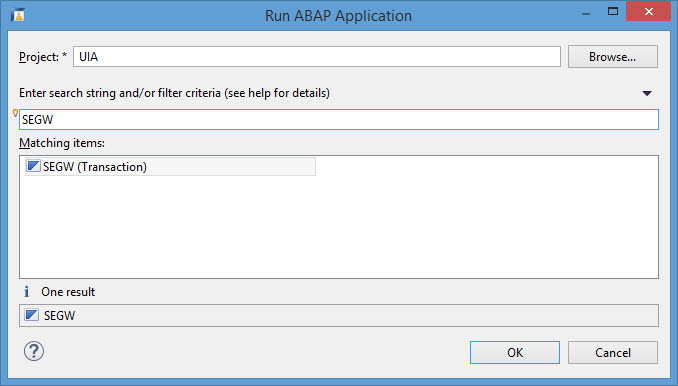 0 benefits 🙂 (no native segw in Eclipse)

I can do the same using SAPGUI.

thanks for your opinion!
I'm sure you can appreciate, though,  that for some, NOT having to Use SAPGui/SE80 any more is a benefit by itself!

first of all, thanks to Andre for going through the details, from an eclipse perspective.

The only "drawback" or reality is, that one is still using, lets say, an embedded/wrapped Version of SAPGUI in eclipse. If one does not know, how to use the SEGW in the SAPGUI, then, he/she/it also would not be able to use it in eclipse. The only benefit, so far as I can see, is that we don't have to switch between Eclipse and SAPGUI. Especially if you use CDS-Views for OData creation, you can stick to just one tool (though the other one will be embedded).