Internet of Things: Where Is All The Data Going?

The Internet of Things (IoT) is no longer happening in a galaxy far, far away. It’s happening right here, right now. It may be in your pocket, on your wrist, in your clothes – heck, it might even be helping you drive your car.

In fact, IoT is moving so fast, we’re actually on the third wave, according to a panel of experts who weighed in on the topic during a recent episode of Internet of Things with Game-Changers, presented by SAP. However, a nagging questions arises when it comes to this third IoT wave: 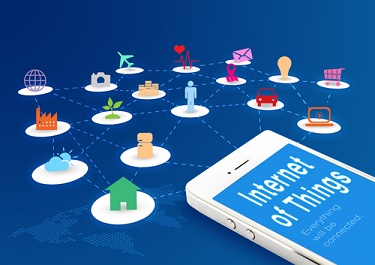 What’s going to happen to all the data that’s being collected?

Gray Scott, futurist and founder/CEO of seriouswonder.com believes serious questions remain around IoT data collection because technology is moving faster than we can cope with.

“The main thing I’m concerned with right now, is getting people to understand that the Internet of Things is already in their lives,” said Scott. “So if you look around your house, either your television, refrigerator, or some of your appliances – they are probably already connected.”

And because IoT is now permeating our everyday lives, it must provide tangible results to consumers and businesses, according to JR Fuller of HP Enterprises.

“It can’t just take our data and subject us to additional advertising, which is one of the ways that it pays for itself,” said Fuller. “It has to provide something to us. It has to provide convenience.”

The conveniences of IoT, such as a refrigerator that breaks down and automatically alerts the manufacturer to send a repairman, needs to be evangelized during this critical time, said Ira Berk, Vice President of Digital Transformation Solutions, SAP. Making proper use of the massive amounts of data IoT generates also plays a critical role in evangelizing its benefits.

“Think about what happens when you start to mix and match different sources of information,” said Berk. “You start to understand the data behind the world around you. In your house, car, environment, earth, public transportation, smart cities and factories. What questions can you ask that you wouldn’t even imagine being able to ask before, because you can start to synthesize the information?”

Gray Scott believes synthesizing different data sources “is a continuum of everything,” a great example being traffic in urban areas. Apps like Waze and Google Maps help drivers circumvent traffic.

“It’s a physical thing that can grab a hold of data and literally rearrange our lives by changing the direction you take your car in,” said Scott. “This continuum is going to keep building on itself as we move forward into the future.”

Living in a post-privacy world

While the general populace may not want to admit it, we are living in a post-privacy world. Anything put online is made public and everything that can be hacked, will. The question is what do we do with all of that data? Can we rise to a higher state of humanity and not just use data for advertising purposes, but to make our lives more convenient?

“I think we don’t mind giving up some of our personal information if it benefits us,” said JR Fuller. “It makes for a very interesting time, especially companies that can add value to bridge the gap and help enterprises achieve the benefit that we know are possible with IoT.”

Internet of Things with Game-Changers, presented by SAP, is hosted by Bonnie D. Graham. Listen to this broadcast in its entirety herehttp://www.voiceamerica.com/episode/91922/internet-of-things-third-wave-already-part-2.