West Indies are the champions of the ICC T20 Cricket World Cup 2016 tournament.  It was held in India from 8th March to 3rd April 2016. The tournament was divided into three stages. In the stage 1, the ten lowest-ranked teams played off and the top two teams in this stage have joined the eight highest-ranked teams in the next Super 10 stage. Finally, the top four teams of Super 10 stage contested the knock-out stage. I have only considered the statistics of Super 10 stage group 1 matches for comparing team performances. In total 10 teams participated in the group matches. The ten teams were divided into two groups – Group 1 & Group 2. Below table shows the teams in Group 1 and their position in the Group after playing all group level matches. 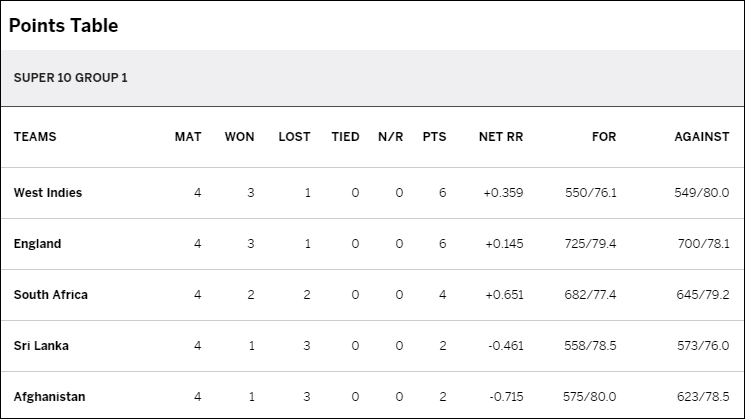 I gathered data of each group level match from ESPN Cricinfo website and used SAP Lumira tool to analyse the overall performance of each team. Below graphs provide insights into how the teams scored runs, lost wickets over the 20 overs of the cricket match.

I divided 20 overs of match into 4 categories for analysis – 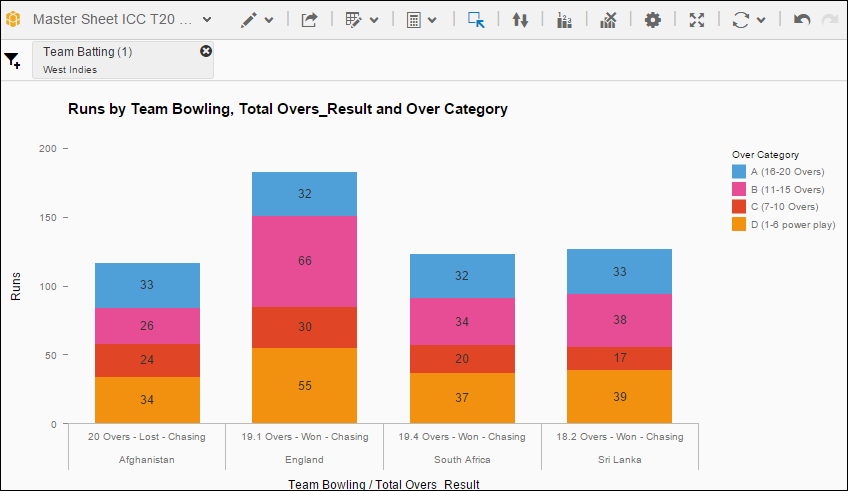 West Indies only lost to Afghanistan team in the Group stage matches. Surprisingly West Indies were chasing runs in all the group matches. Now lets look and compare the performance of teams in the matches won by the West Indies team.

Next lets look into England team performance in the group stage. 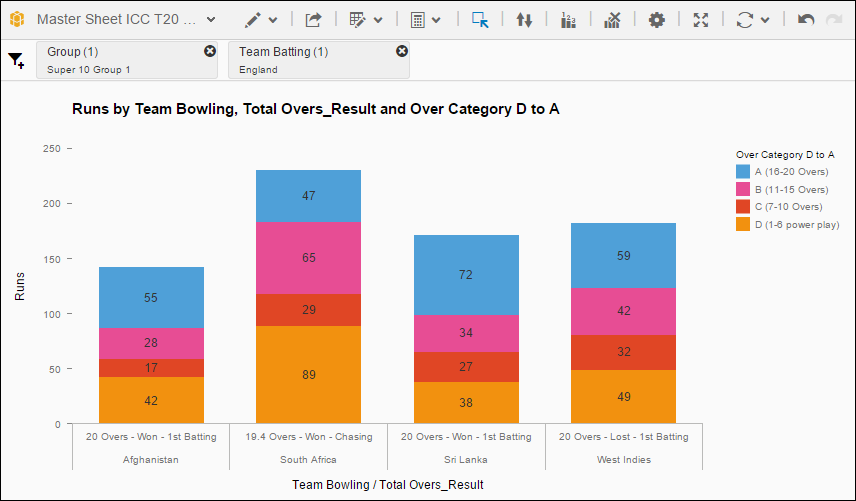 England won three group matches and only lost against West Indies team. Now lets look into England team performance in the matches they won in the group stage.

First graph shows that England maintained good run/ball rate in the power play overs and scored well in the last 5 overs ( 4th over category) in all the group matches.

Next lets look into the match with Sri Lanka. England batting first maintained a flat run/ball rate till over category 3 but in the final over category 4 gave a full throttle and posed a good total for Sri Lanka to chase. Sri Lanka (graph 3) while chasing lost 4 wickets in the power play overs. They tried to maintain a good run/ball rate in the next overs but lost wickets in the final overs and couldn’t chase the target posed by England.

Next team in the table is South Africa. 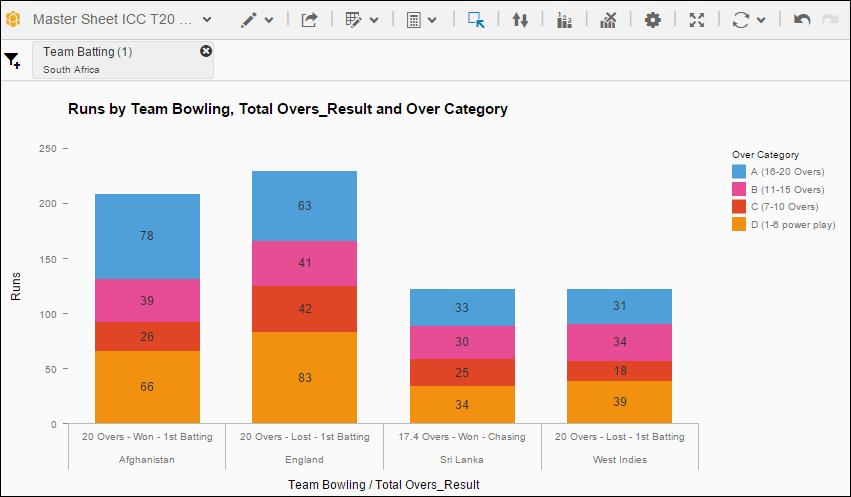 South Africa won against Afghanistan and Sri Lanka. They lost to England and West Indies, they were batting first in those matches. Now lets look into their performance in the matches they won in the group stage.

In fourth place in the Group 1 table is Sri Lanka Team. 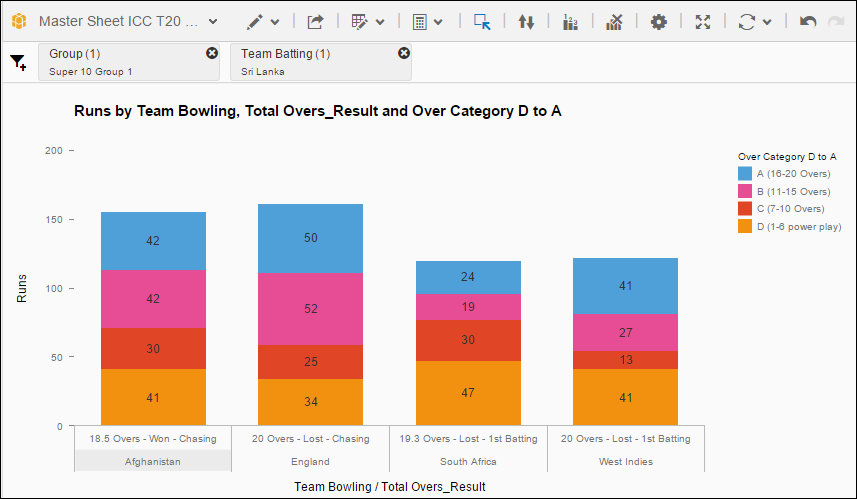 Sri Lanka won only against Afghanistan. We have discussed earlier how the Sri Lanka team performed in the lost matches. Now lets analyse the match with Afghanistan.

Last team in Group 1, but not least is Afghanistan. It is the only team that defeated West Indies (ICC T20 2016 Champions). 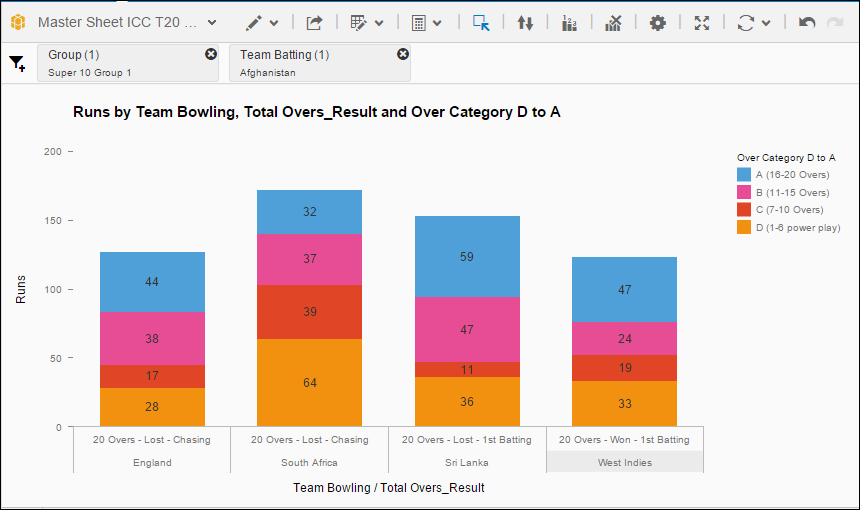 In the match with West Indies, both teams scored an average run/ball value of almost 1 till over category 3. In category 4, Afghanistan scored a bit more than West Indies, may be because they have not lost as many wickets as west indies in that over category. On the other hand in the matches lost by Afghanistan, first graph show that they scored less runs in the 2nd over category (7th Over to 10th Over). Also they lost many wickets in the final overs (4th Over Category).

Finally, below graph is a consolidated graph of wickets & Average runs per ball of all teams (with respect to bowling) in Group 1 . 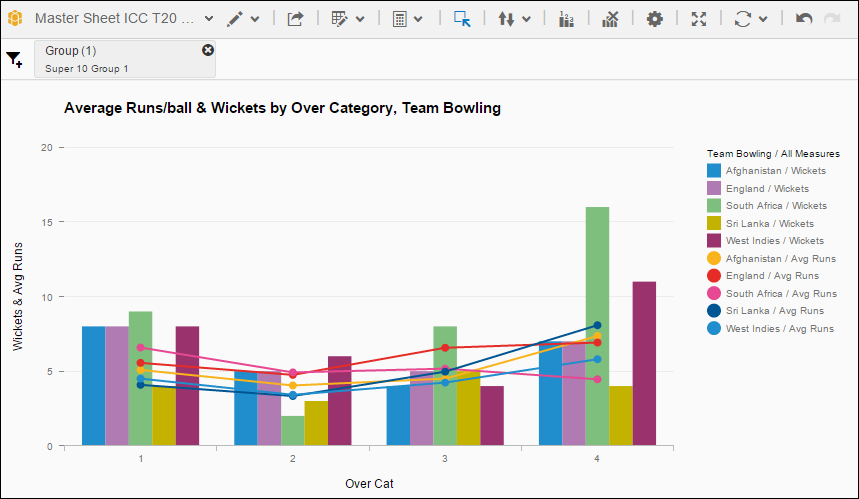 I would write another blog as an extension to this blog with Group 2 teams performance and comparisons between  Group 1 and Group 2 teams. Would highly appreciate feedback about this blog so that I could incorporate the suggestions in my next blog. Thanks for you time! I would post the next blog soon. 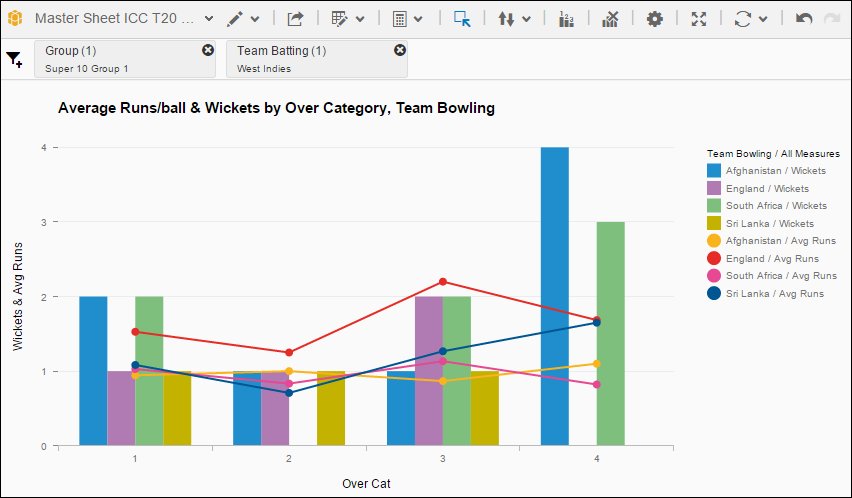 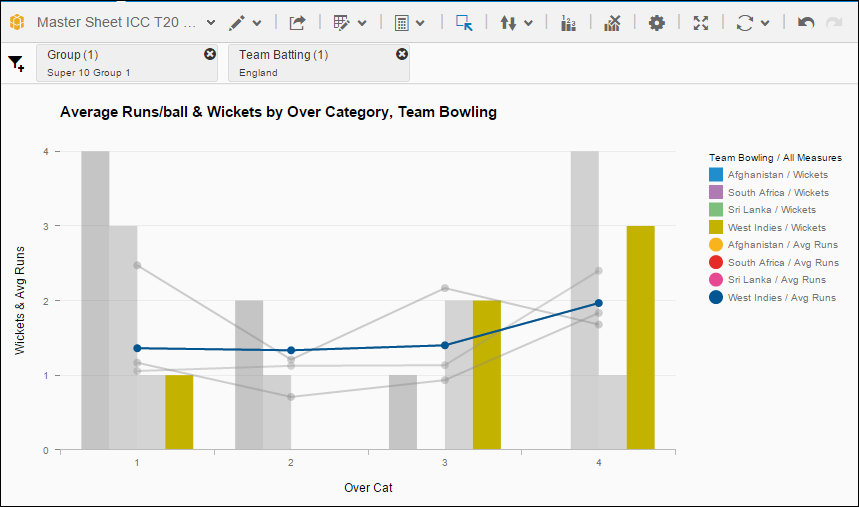 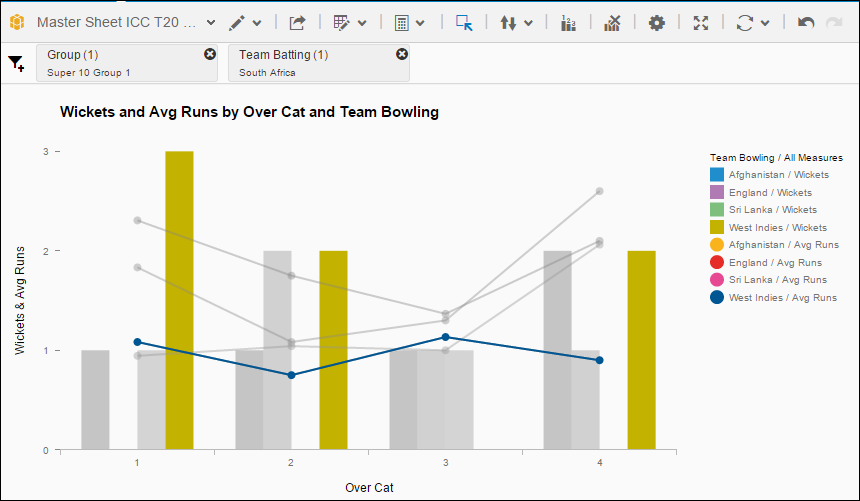 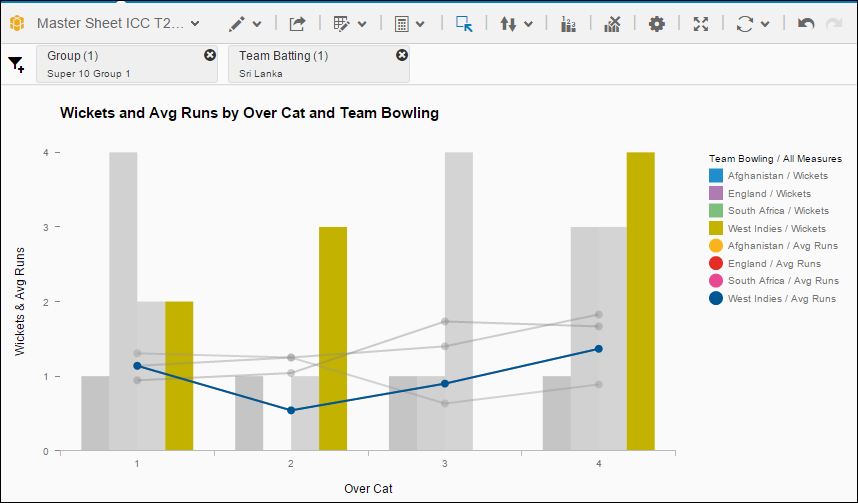 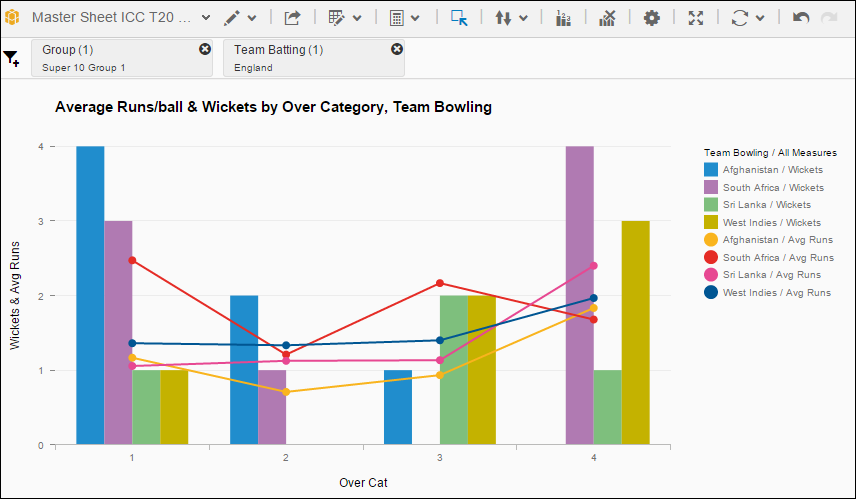 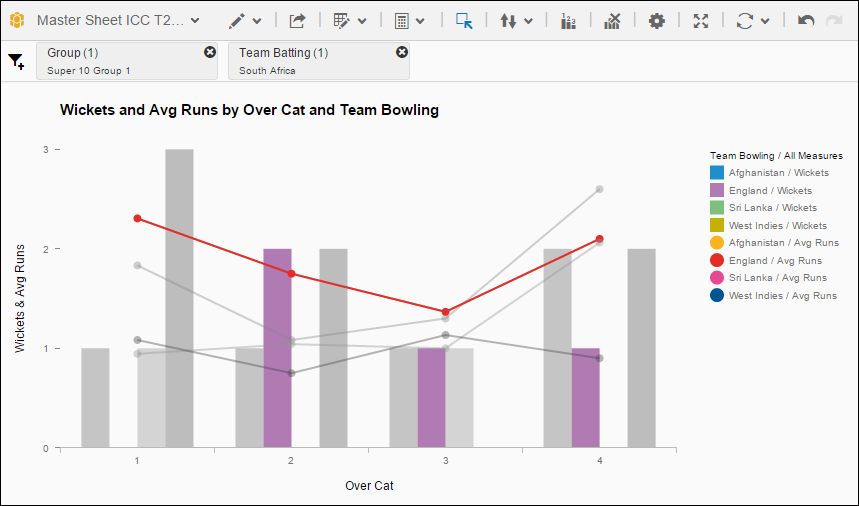 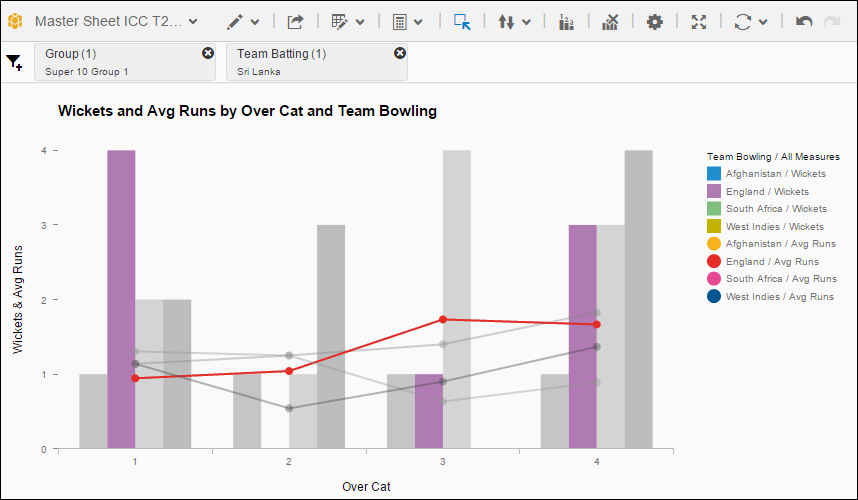 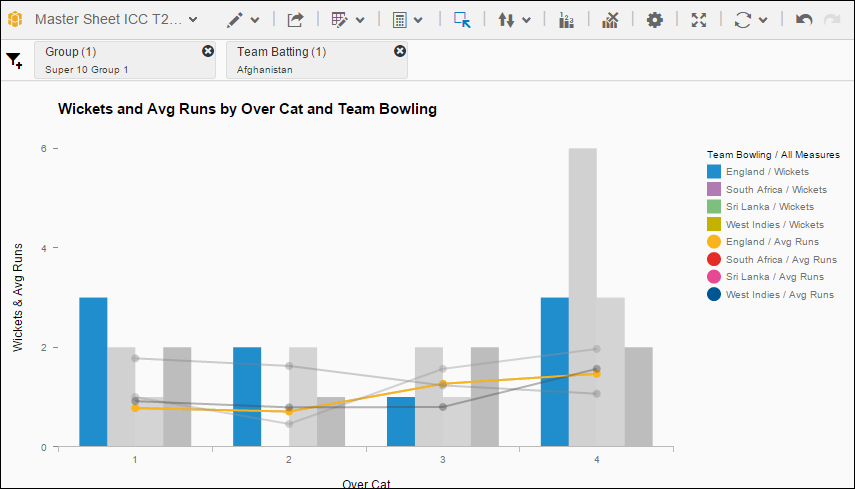 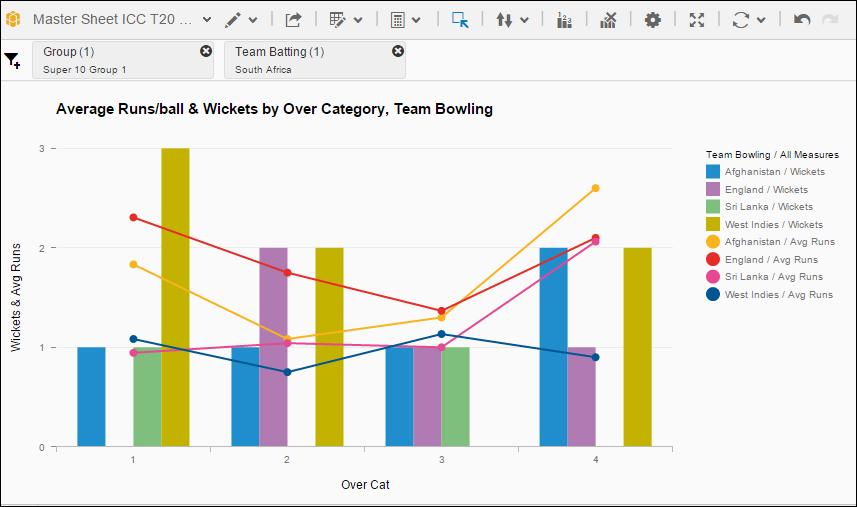 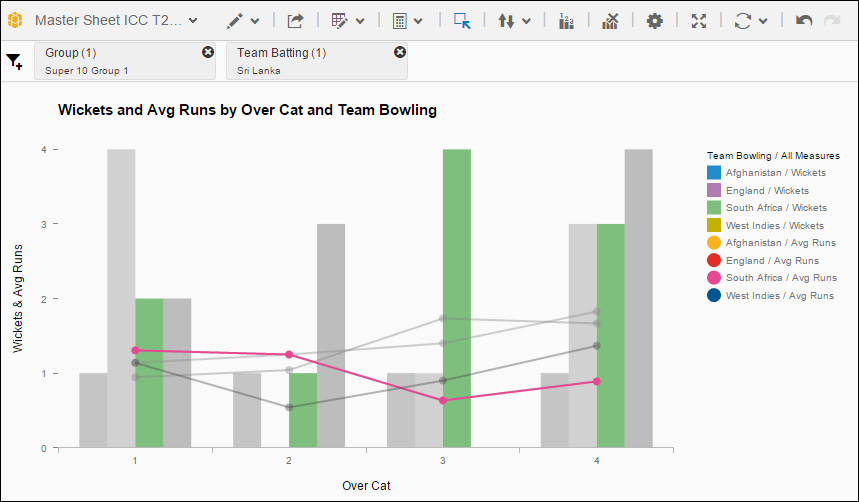 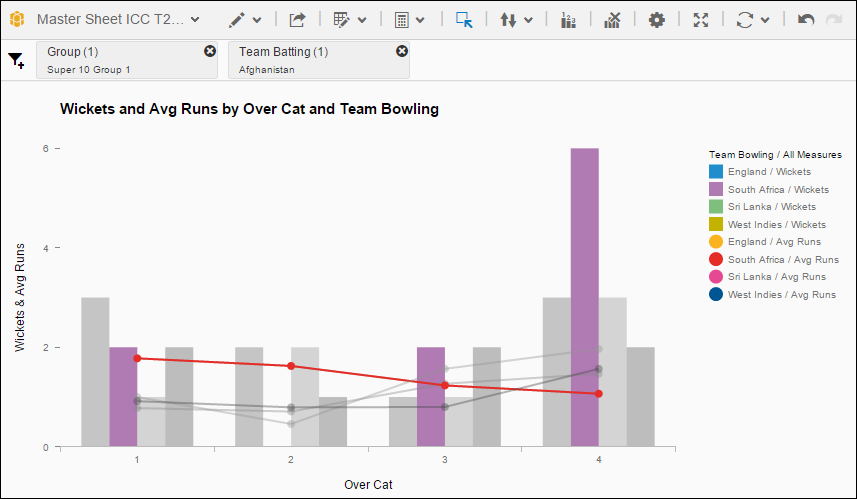 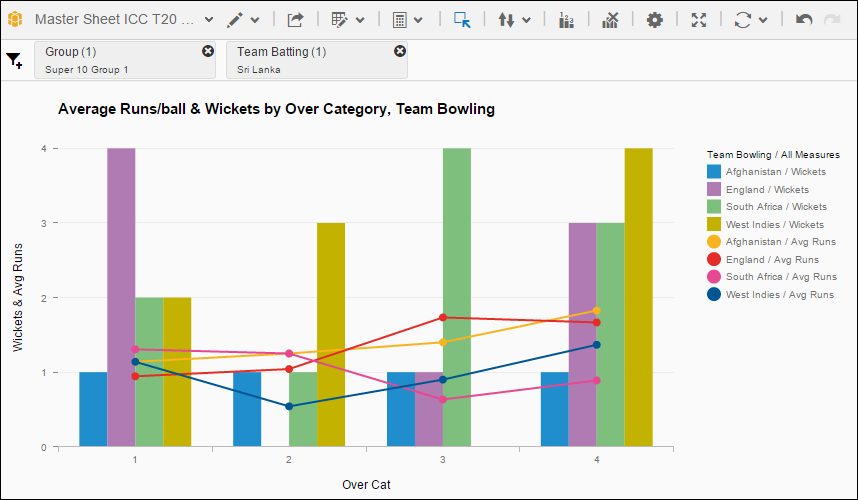 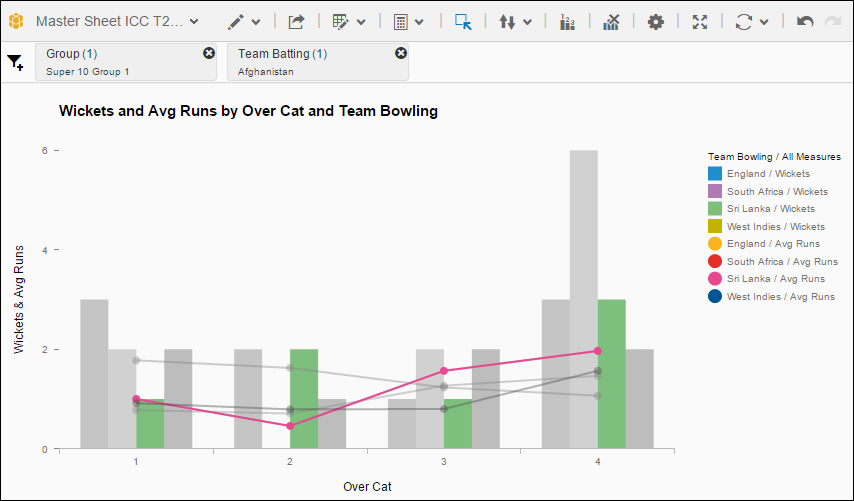 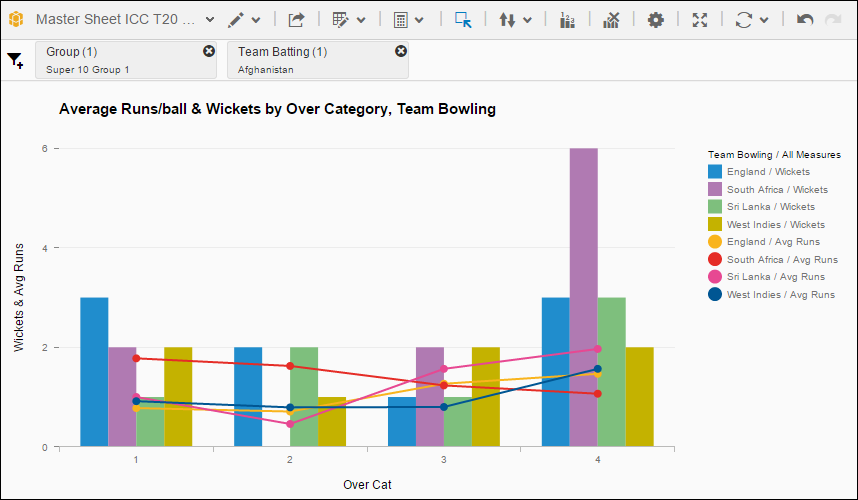 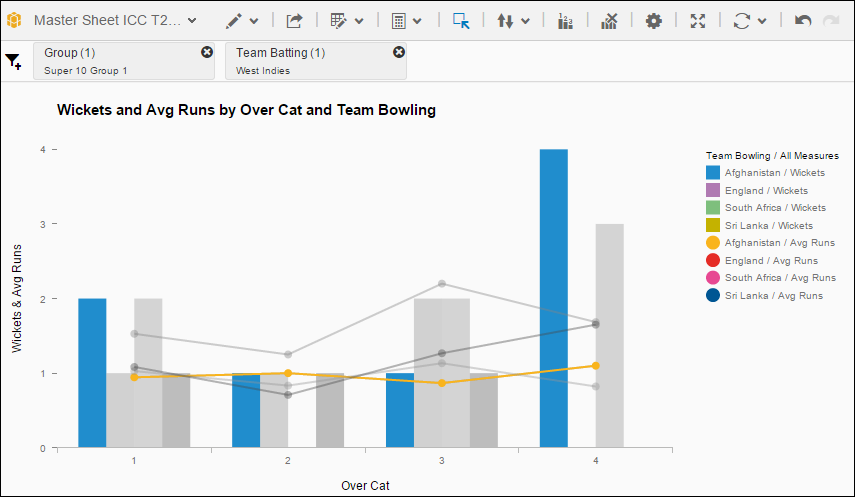 Awesome work Krishna! Keep it up