Are you enthusiastic for building a end-to-end IoT scenario with under two hours, fully integrated on HCP? Couldn’t join the inside track belgium but still want to enjoy the exercises? Then continue reading…..

During the SAP Inside Track 2016 Belgium #sitBRU Wim Snoep and myself organised a mini-CodeJam. We picked a elementary IoT scenario. This showcases what you’re able to do with sensors in an limit amount of time and how easy it is to create a end to end scenario. The codejam included Particle Photon’s, the Particle Cloud, HCP IoT Services, SAPUI5, API’s and more. The SAPUI5 App uses the HCP IoT API to grab the data from the HANA DB and pushes it to the Particle Cloud API. Within the scenario we connect two sensors to a Photon for sending (humidity, temperature and light) data towards the HCP IoT Services. Another Photon for displaying and responding to the data received from a SAPUI5 app. Within the app, which visualizes the data received from the first photon, we’ll be able to send commands to the second photon.

Because of the amount of steps we’ve chopped the “exercises” into 4 pieces. With the 4 parts you’ll be able to create the scenario yourself. Enjoy!

The picture below shows the complete architecture of the created scenario. 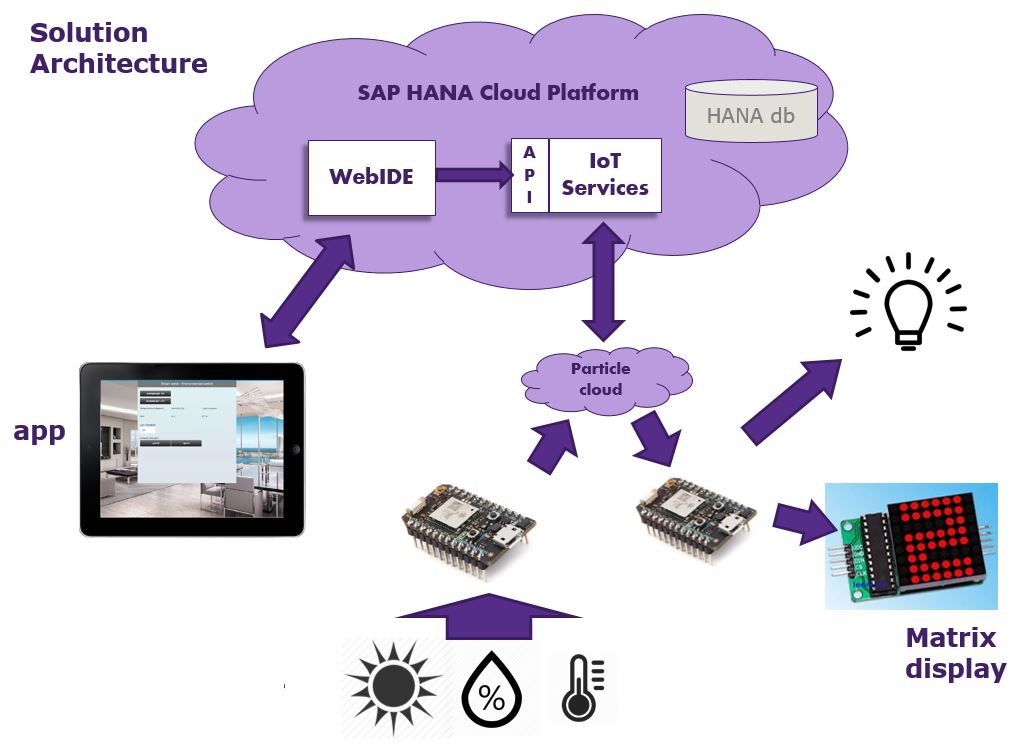