Last Friday the third SAP CodeJam in Aachen took place. After ABAP in Eclipse and ABAP for Hana the topic this time was SAPUI5. Our expert for the day was Sebastian Wennemers (who got volunteered by Denise Nepraunig if I understood correctly 😉 ).

When I started organizing this CodeJam I communicated to SAP that we will have space for 25 participants. In contrast to that our largest meeting room can only accommodate about 20 people. From my experiences from previous CodeJams I thought this would be OK as usually not all participants turn up on a Friday afternoon. However, this time I was wrong. All but one registered participant turned up. I had to carry in many chairs from other rooms, but finally everybody was seated. 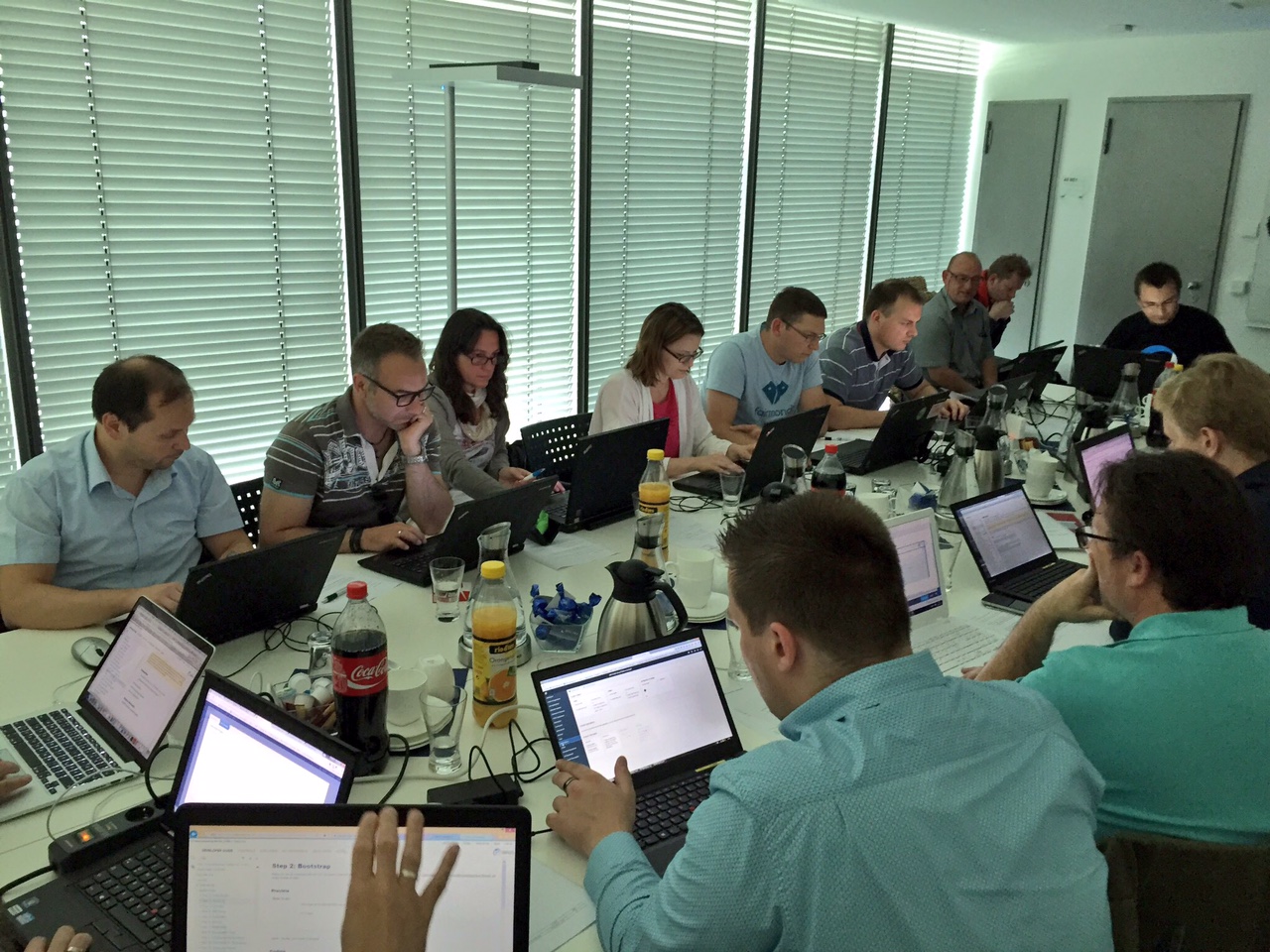 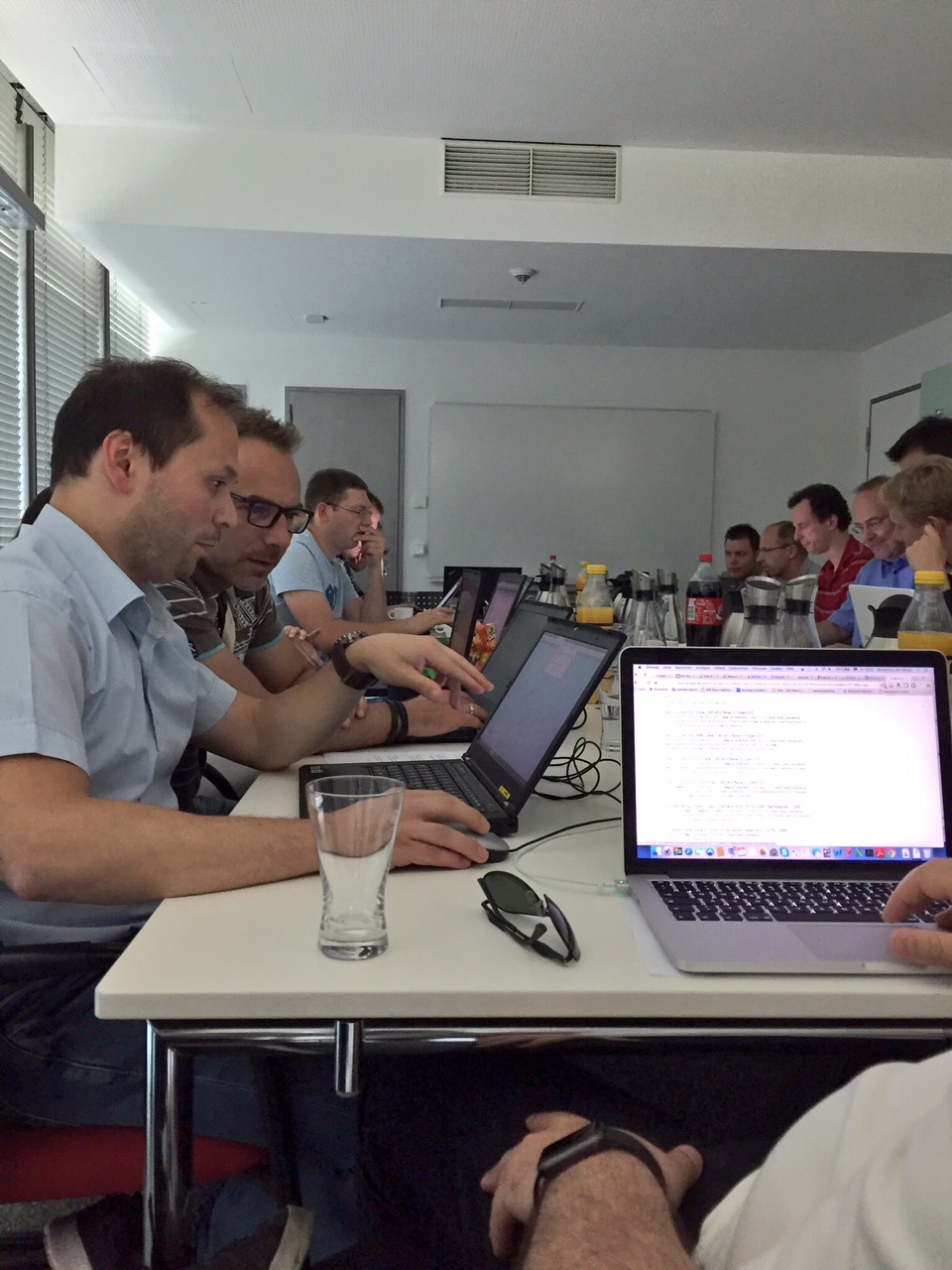 Sebastian started the CodeJam with an general introduction to SAP UI5 and the Web IDE. In this introduction he covered topics like 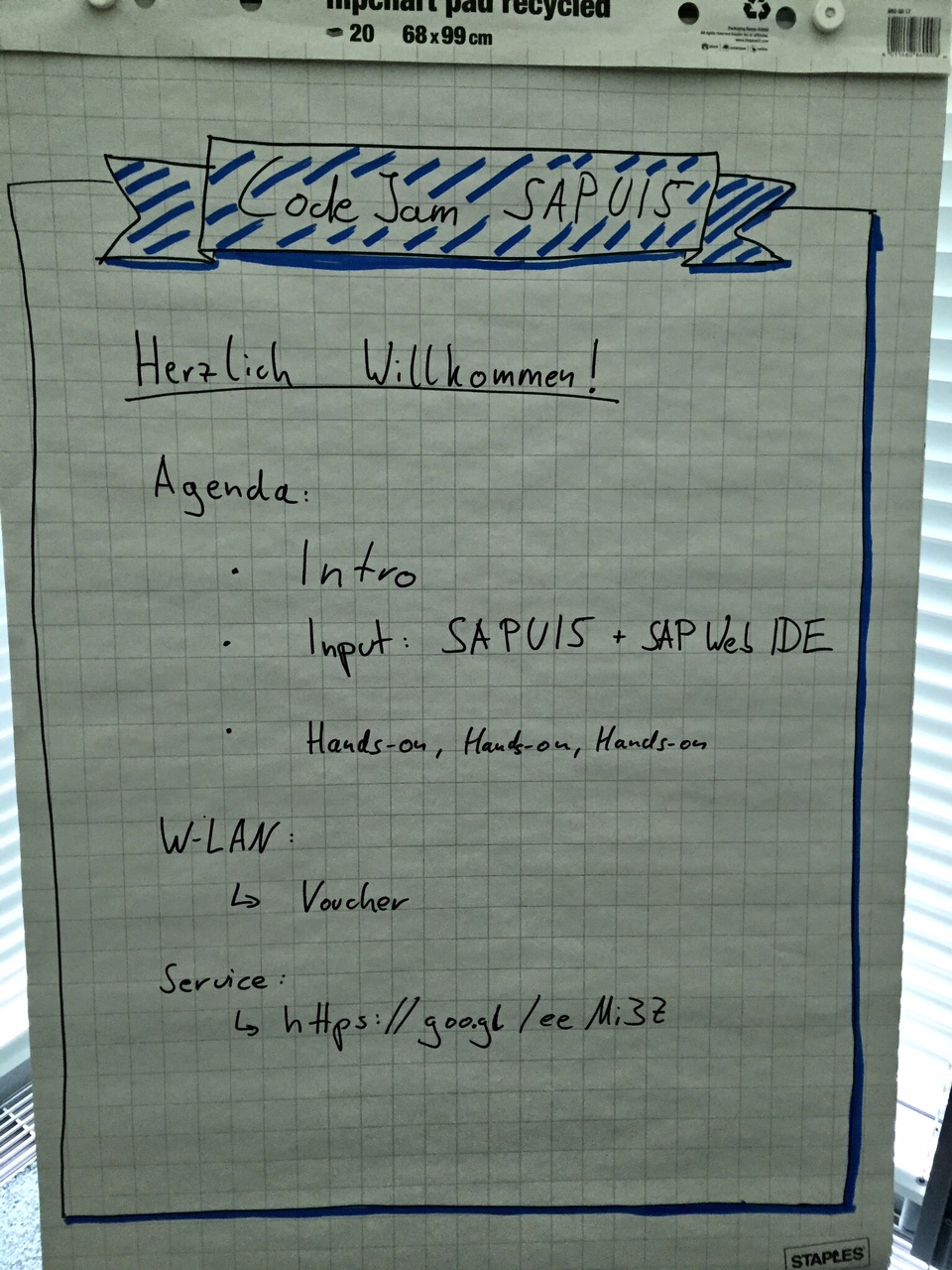 After this introduction everyone was eager to get their hands dirty.

The difference between the SAP UI5 CodeJam and other CodeJams I attended so far is that different learning paths are possible. The basis for the CodeJam are the tutorial from the SAPUI5 Demo Kit. Using these tutorials as a basis each participant could choose the right tutorial for his or her experience level. This way even participants that had no experience with SAP UI5 as well as participants that already used SAP UI5 in productive projects could benefit from the CodeJam. Sebastian did a great job in helping everyone if they go stuck during the exercises as well as answering even very advanced questions.

On thing I learned from previous CodeJam is that the dinner shouldn’t arrive to late. Therefore I ordered dinner this time for 5 pm. This time all the participants where still around when the nice dinner of potatoes,asparagus and pork loin arrived. 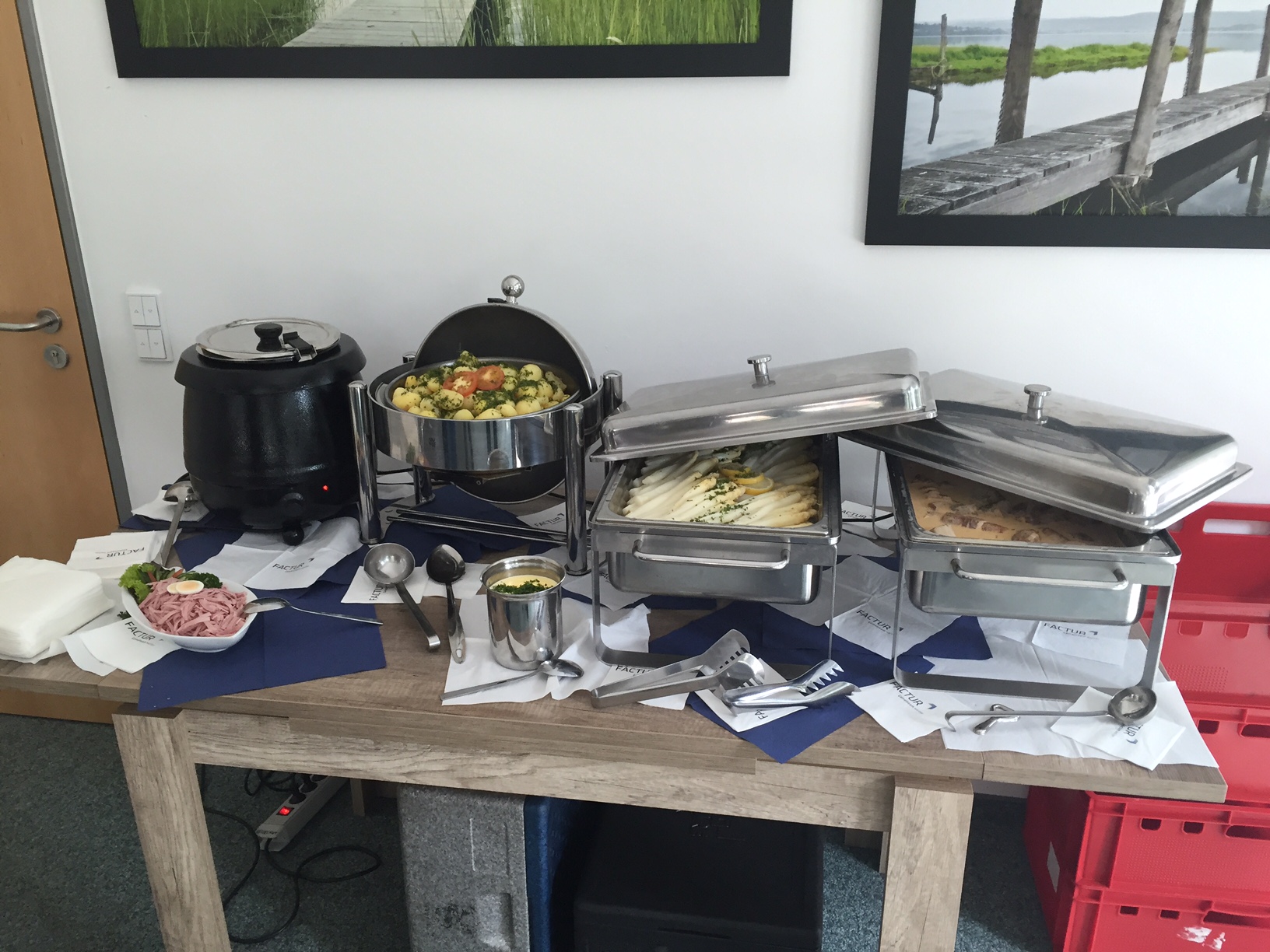 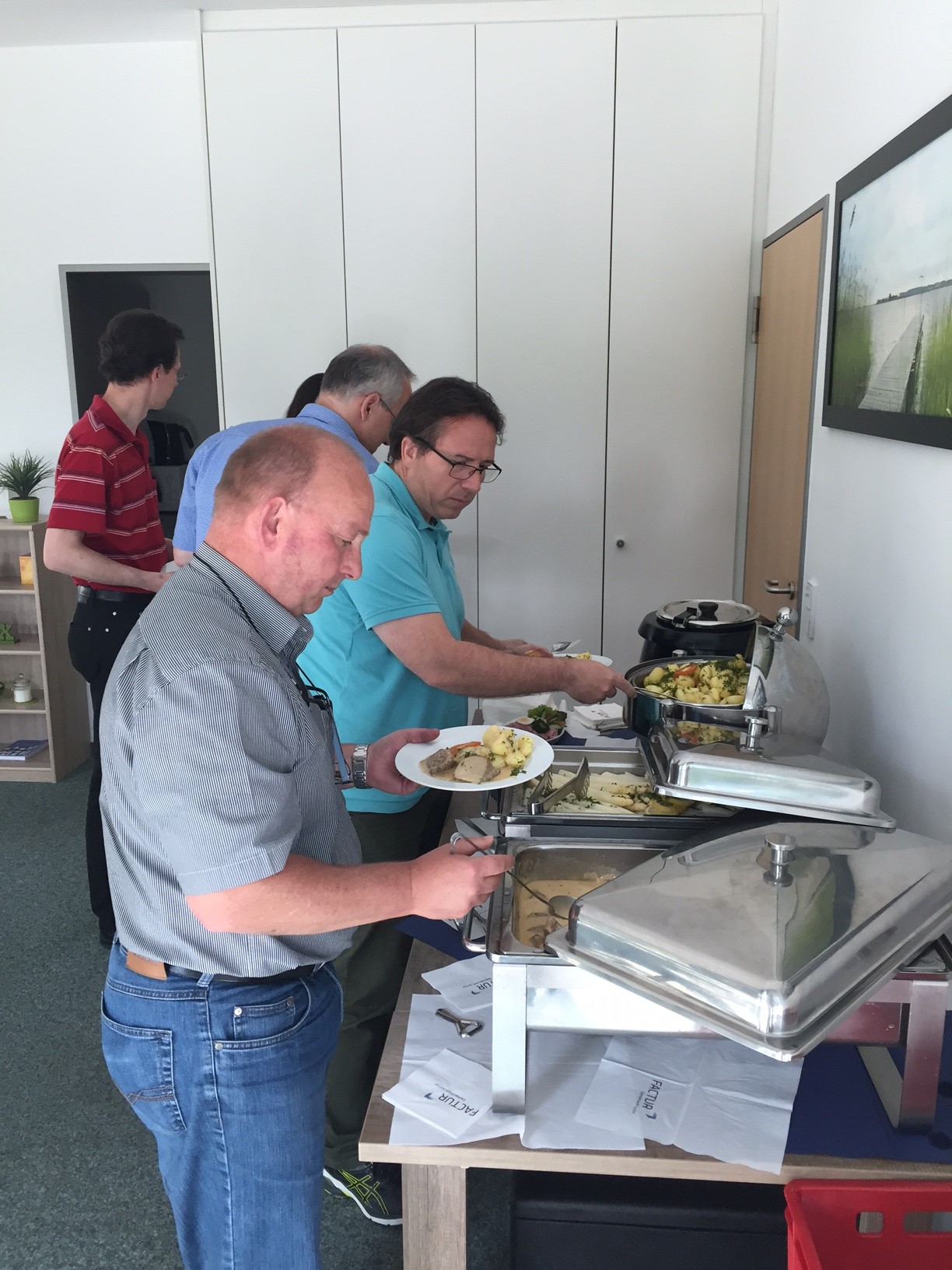 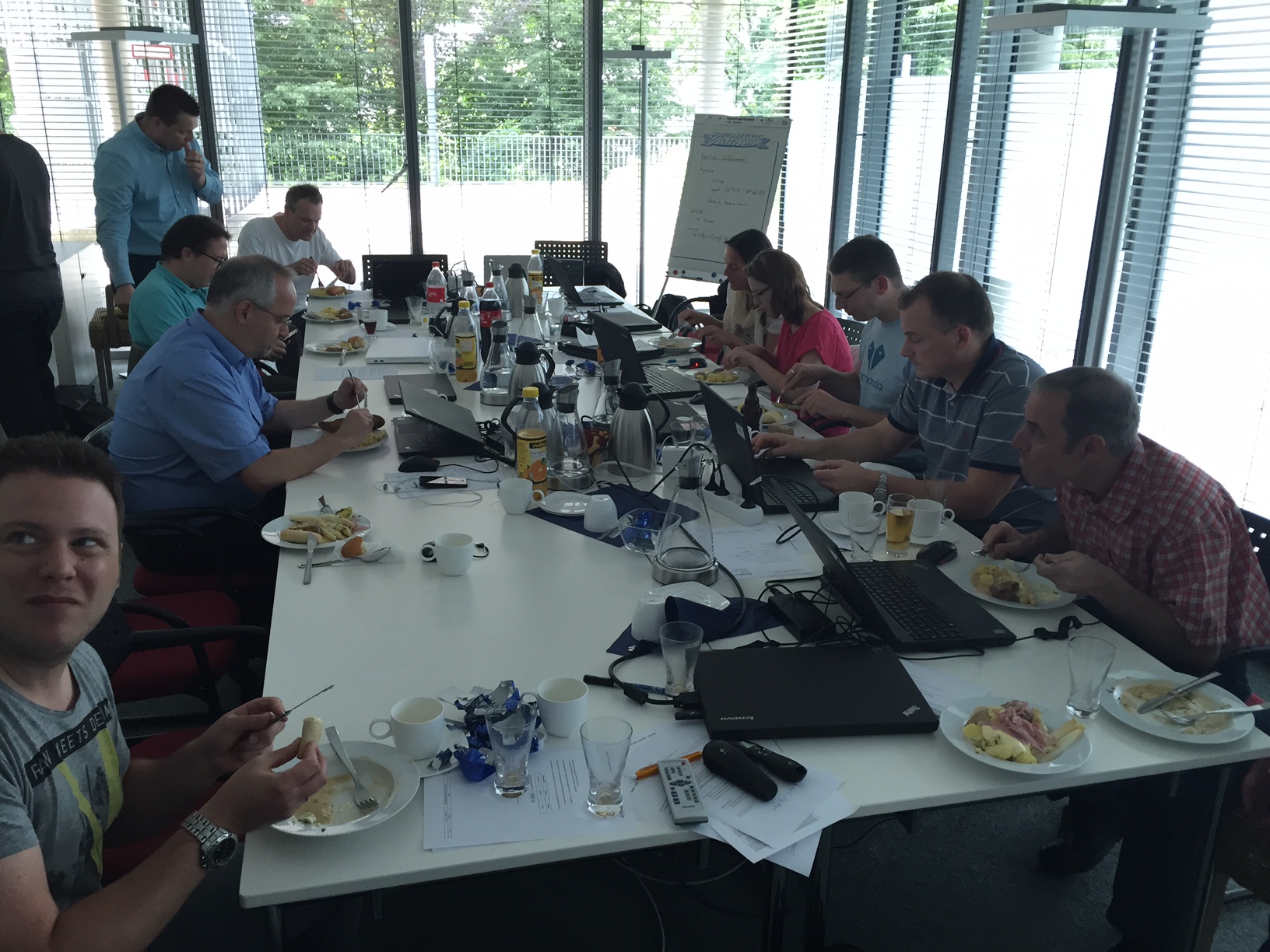 After a short dinner break several participants continued to work on the tutorial. Sebastian also demoed some of the key user adaptation features in SAP UI5 he is currently working on. Of cause including the usual disclaimer that non of this will ever be made available. 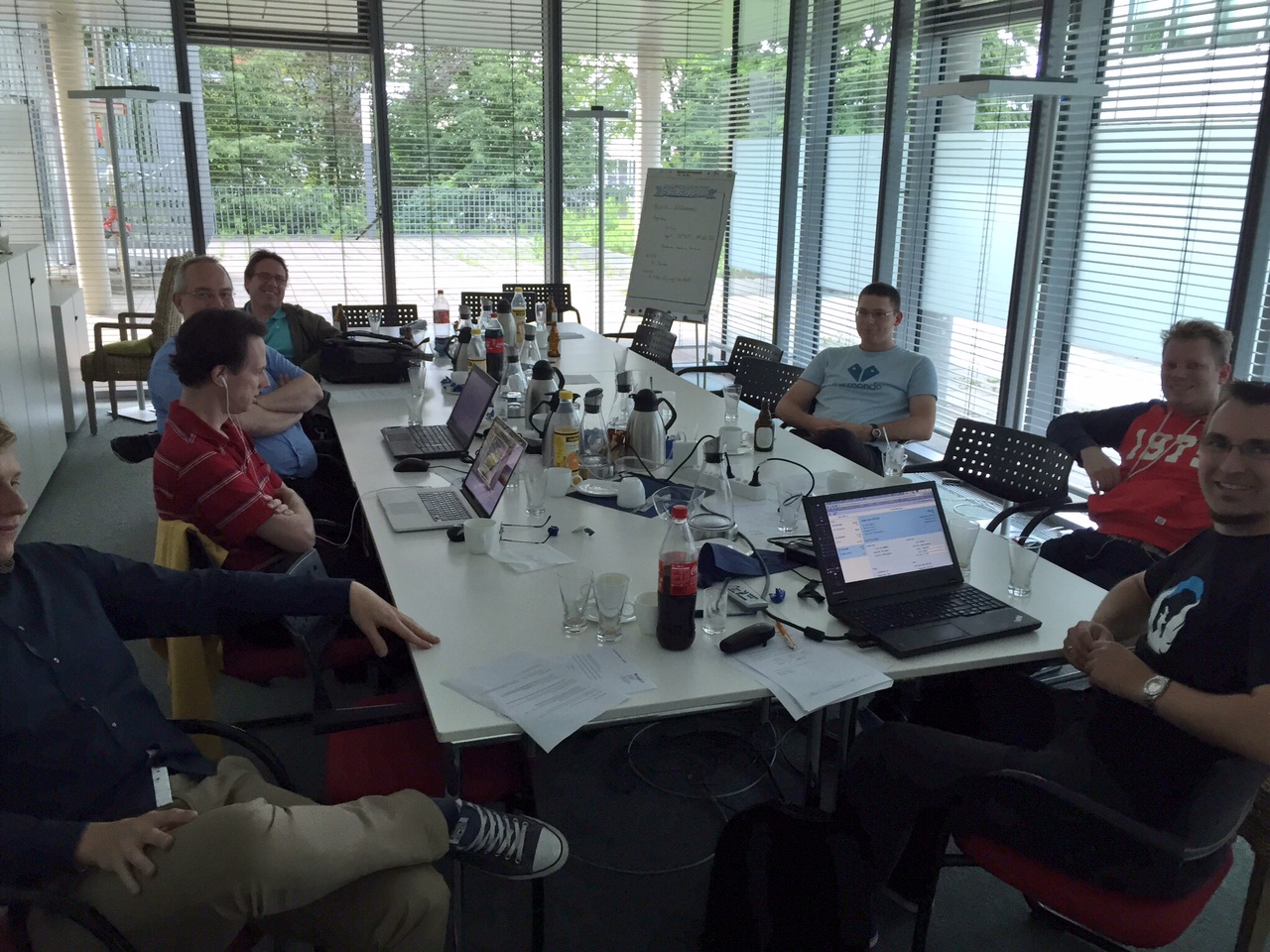 In my opinion this was again a very successful CodeJam. A lot of interesting discussions and networking happened. Sebastian did a very good job moderating the CodeJam. Therefore, I want to thank Sebastian again for the great event. I’m already looking forward to the next CodeJam in Aachen.

Very nice experiece, thanks for making it possible!

Thanks for sharing the experience along with Pictures Christian Drumm. 🙂

Generally lot of people cant attend on the event day I too expereienced this.... But this time Thanks to all participants who had made this time correctly. This gives lot of satisfaction and enthusiasm to make another start event from our side if possible...