SAP Fiori 2.0: From Vision to Product

About two years ago, we were exploring how we could bring SAP Fiori to the next level. SAP Fiori had already conquered the heart of our customers and SAP had decided to make it the new standard for all SAP products. But SAP Fiori was still young and incomplete as a design language, and so we were tasked to cover the full functional scope of ERP. The big question was, where should we start?

We strongly believed that the only way to avoid getting trapped by feature creep and killing the ease of SAP Fiori was by continuing to follow our strategy of simplicity and thoughtful enhancements.

Equipped with tons of feedback from our early customers and internal product areas, we locked ourselves away and kicked off Project ONE. A hand-picked set of designers and product owners explored the most important use cases where they saw the biggest gaps in the existing SAP Fiori. Split into separate groups, they brainstormed and immersed themselves into their users’ roles, explored potential solutions, validated them with end users, and went back to the drawing board several times until they felt confident with their solution. 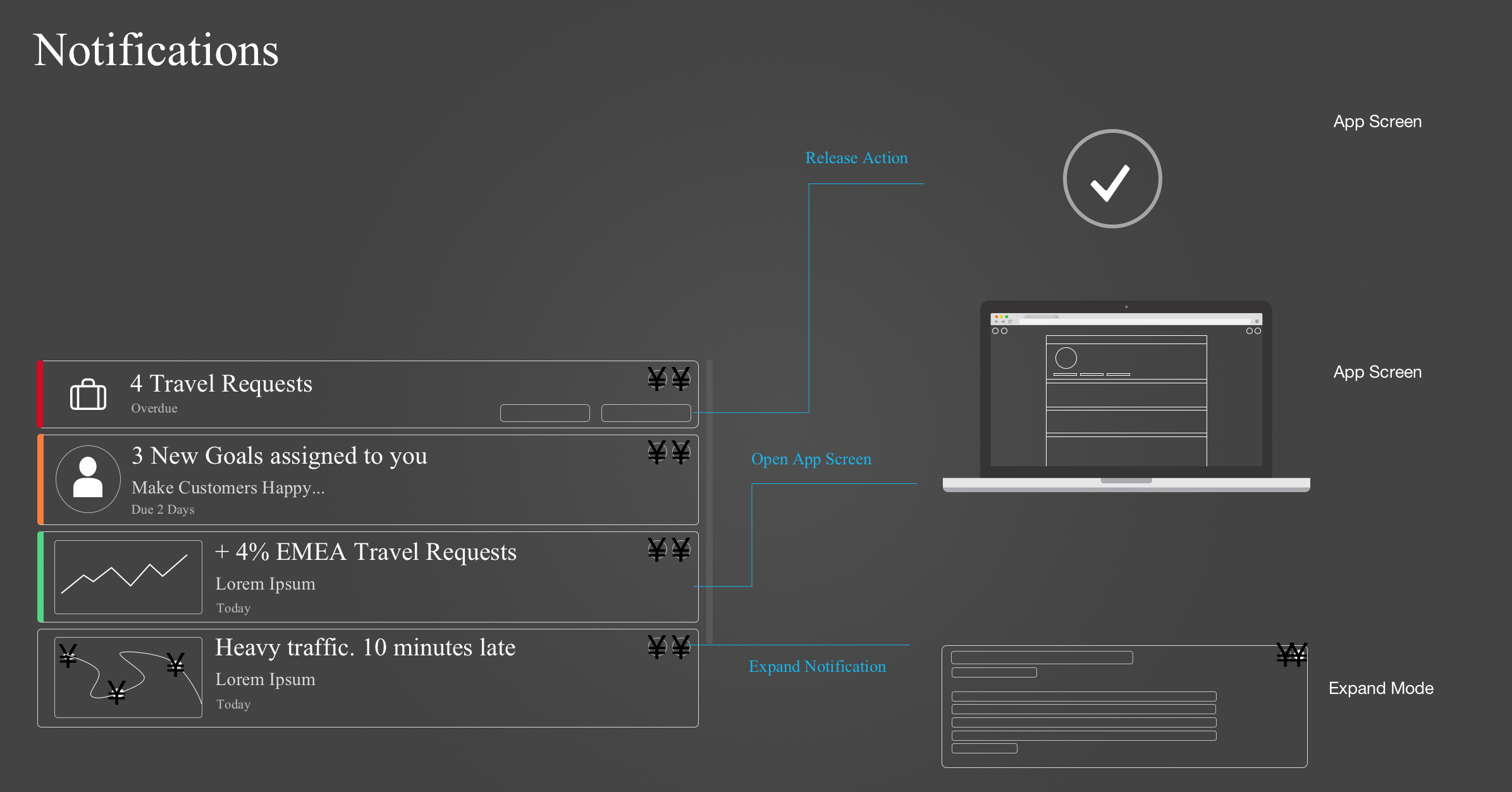 After about six weeks, the teams came together for a workshop, shared their results, and explained the underlying needs that they addressed. Interestingly enough, there were large overlaps within the team despite the fact that they had worked independently. But overall, we came to the conclusion that we had good coverage and a solid foundation for the next steps. Together with the concept designers from the central team, we analyzed these proposals, clustered them, and mapped them into solution areas. This allowed us to identify where we would need to invest more work and figure out how these new concepts would fit into the existing environment.

The teams then reworked their scenarios, making use of the agreed solution areas and applying the concepts that gradually grew into more and more stable designs. This close collaboration between the applications and the concept helped us to iterate very quickly and validate the ideas against use cases within a short timeframe.

Still, the pieces were only coming together in the minds of our designers and we had quite a hard time conveying to others how the end result would come together. What would the environment look like in which all these scenarios would coexist?

One day, one of the product owners complained about this fact and told us: “I don’t see where this is going. I don’t know what this will look like in the end. You need to tell a story to really sell us your vision.”

And so we started working on high-fidelity prototypes of all aspects of the new environment, and we put together a video that communicated our vision through the story of an internal sales rep named Kate. Once we watched the finished video, we were blown away. We suddenly saw our ideas come to life. Even we, who were deeply invested in the ideas that lived solely in our minds, were surprised by the impact this video had on our own vision.

Just around the same time S/4HANA was announced at Wall Street, we finalized the first version of the video and handed it over to our Chief Design Officer Sam Yen to give the new product a compelling face.

Despite the fact that our video had some small issues, and that we were constantly working on improving it, it was still the most powerful tool we could ever imagine. Every single person in our organization saw the beauty in our vision. Everyone, from the individual contributor to the board, was now willing to support us to make this happen.

Last year at SAPPHIRE, we showed the video and promised our customers that we would deliver on this vision as the new face of S/4HANA, our new flagship product, within a year. The fact that we received the Red Dot design award in September gave us yet another push and reassured us that we were going in the right direction. For the first time in my career, I felt that our company really started to believe in its ability to create well-designed products—it evolved into a kind of self-confidence that inspired true commitment.

In the past year, we’ve been working hard to make SAP Fiori 2.0 a reality. Design can’t always be the top priority, but it does affect all aspects of the product, and so we also invested in parallel into many other product qualities that in turn influence the user experience. Many new solutions had to be evaluated, and we came up with technologies that make life easier for the users.

Finally, at SAPPHIRE 2016, one year after promising our customers that we would deliver on our vision, we were able to show SAP Fiori 2.0 live in the systems. 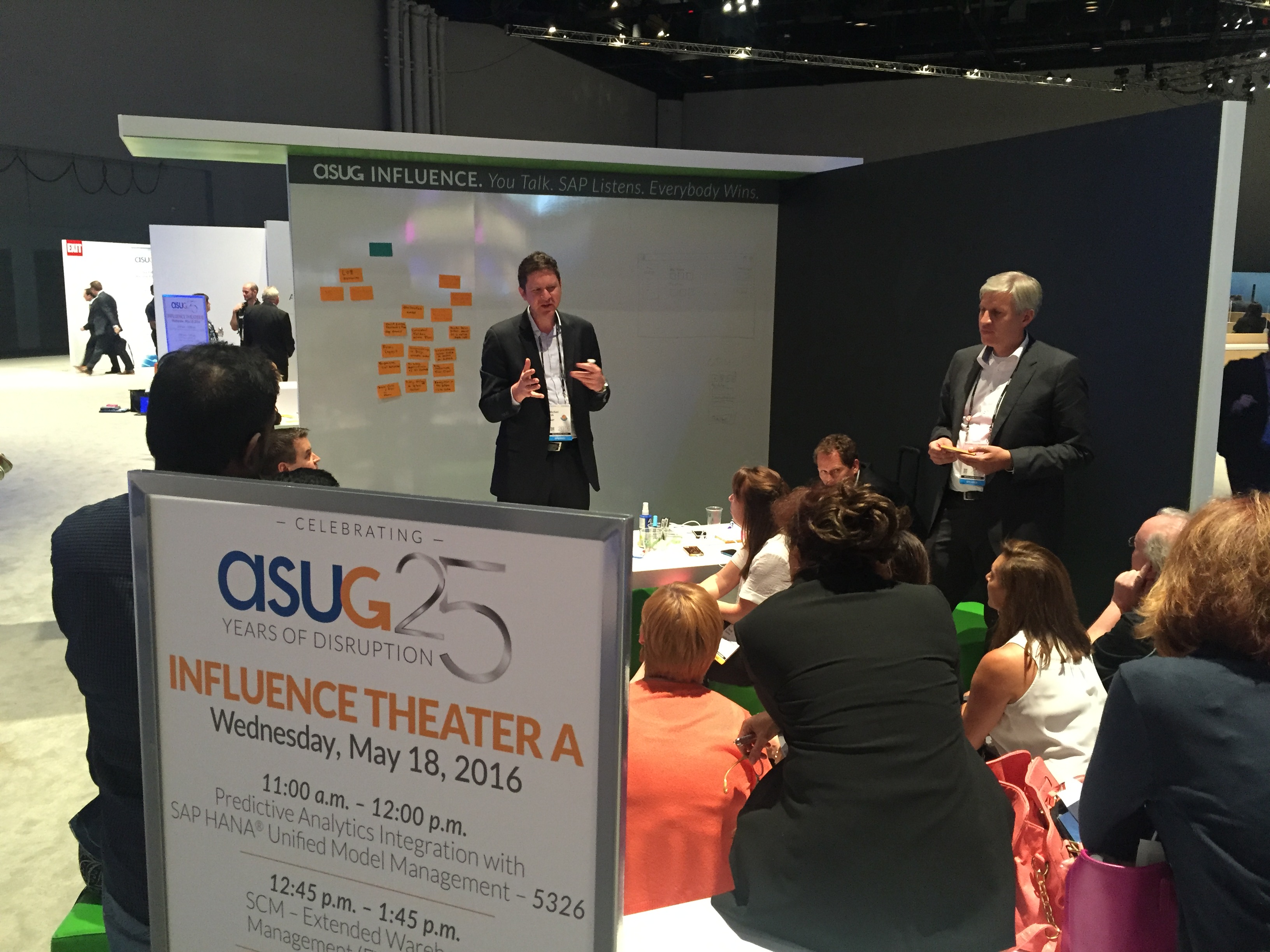 We showed the first part of the scope that we will deliver for the 2016 releases of S/4HANA in the cloud and on premise. This included beautifully animated viewports with the “me-area” on the left and the notifications on the right; the new visual design “Belize” that will come in two flavors, light and dark; significantly enhanced means to manage many applications using the App Finder, a new Home Page and the new navigation menu; and a number of simplifications and improvements such as the reduction of the header area; a consistent settings application; and much more. With CoPilot, we also introduced a new type of digital personal assistant that allows users to interact with their enterprises in a completely new way, and we showed it live and running in productive code.

The feedback from our customers and partners was overwhelming as they saw how we continue to change the face of enterprise software by taking things to a completely new level.

Looking back at the past two years, there are three important lessons I have taken with me:

Now as we are working on the next versions of SAP Fiori, we are continuing to keep these practices alive.

I Understand the release will be progressive with concepts and would like to know if viewports are delivered already for S4 Cloud or on-premise?

It would be great to get a table of Fori 2.0 features and content currently released for S4HANA.

thank you for your feedback. We do our best to provide you with the best experience for your end users.

Please understand that I can't make any statements on the delivery of the features. Please refer to the official roadmap and release plans published by SAP.