Update: 12.July – The crowdfunding campaign to bring this device to live just started! 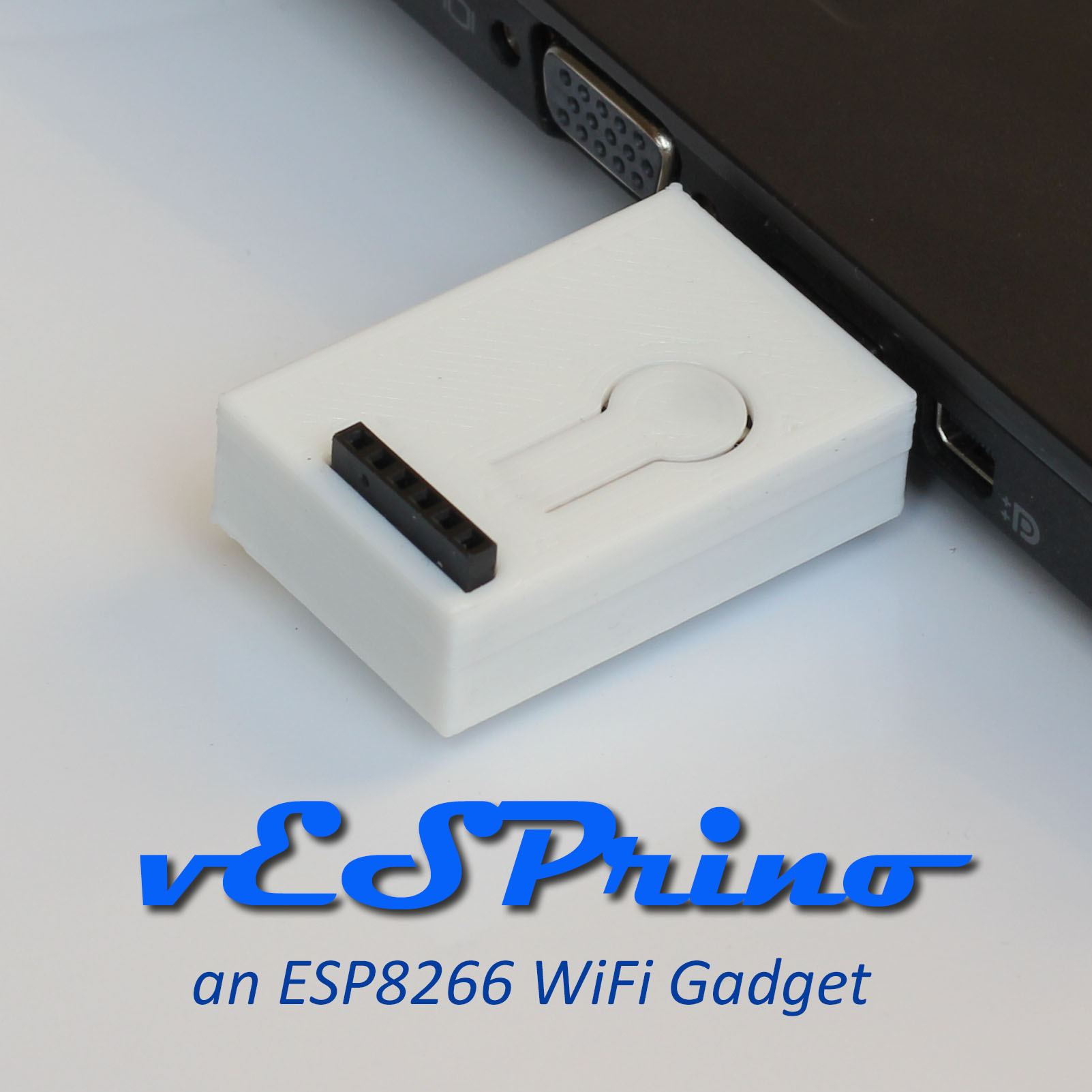 This article is about a project developed in SAP Labs Bulgaria as part of the InnoJAM 2016 event.

The goal of the project is to lower the bar to entry the IoT world and in particular to allow developing of simple connected apps using SAP HCP Internet Of Things Service. Cost for acquiring the necessary hardware should be in the range 5-10 €, and there should be no special skills required.

The solution comprises of a new hardware module, custom default firmware and some sample apps on HCP to make an End2End scenario.

So far we made a couple internal trainings with a custom version of the device and the results were very positive. Lots of colleagues that felt intimidated by the need to connect wires, deal with voltages and so on were able to easily make the leap into the physical world and in fact hungry for more

There is a big number of development boards that utilize the ESP8266 module. Yet the problem with them is:

This is why we designed a new board to overcome those limitations. The fact that there is a PCB Factory just 100m from SAP Labs Bulgaria makes it even more simple.

In addition to solving the requirements above, the board also has a couple additional benefits

To reach the goal of a sub 10 € device, a certain number of devices need to be produced (100+) so that the fixed costs during PCB Design and Production can be shared across multiple devices. This is why a crowd-funding campaign is about to start in July to try to make this device a reality 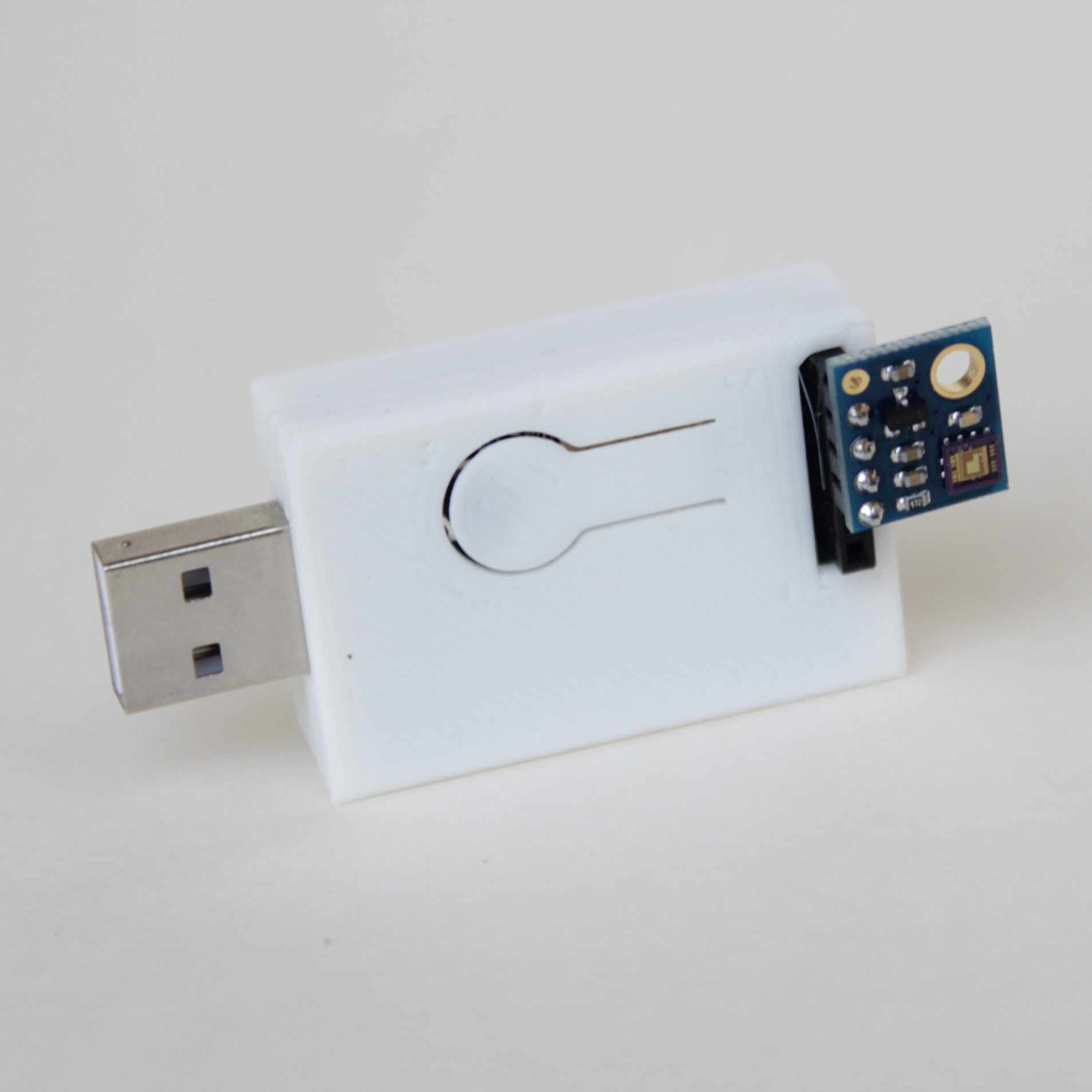 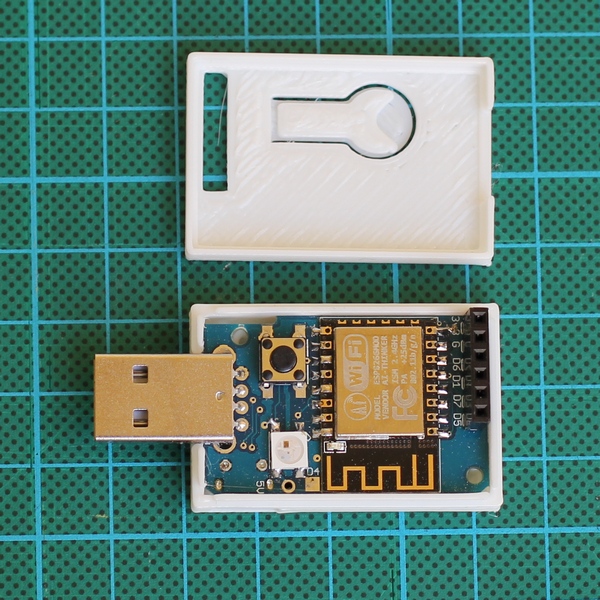 Making the dream hardware device, may or may not become a reality. But in any case the required module can be assembled with relatively low technical skills using any existing ESP8266 development board.

Having this setup, the next thing is the Firmware of the device – the one that works with the hardware and communicates over WiFi.

Doing the initial setup of such devices is always troublesome. Somehow you need to connect to them. Often the solution is to have the device open a default Wifi Network and let the user connect and setup the stuff. There are few major drawbacks in this solution:

This is why – the firmware allows to configure the device via Serial Commands, and the device itself installs as a Serial Port.

Sending the right commands via Putty or another tool for Serial communication is error prone. This is where the next part comes into play

Configuration Utility in as a Chrome App

The Chrome browser offers a nice API to develop operating system agnostic applications that use the Serial Port. The applications are in fact Web Pages, so any Web Technology can be used to develop them. For the first version – a simple Bootstrap-based page was chosen where the necessary HCP IoT Service configuration can be provided.

A built-in serial monitor helps to troubleshoot configuration problems, that happen a lot during trainings 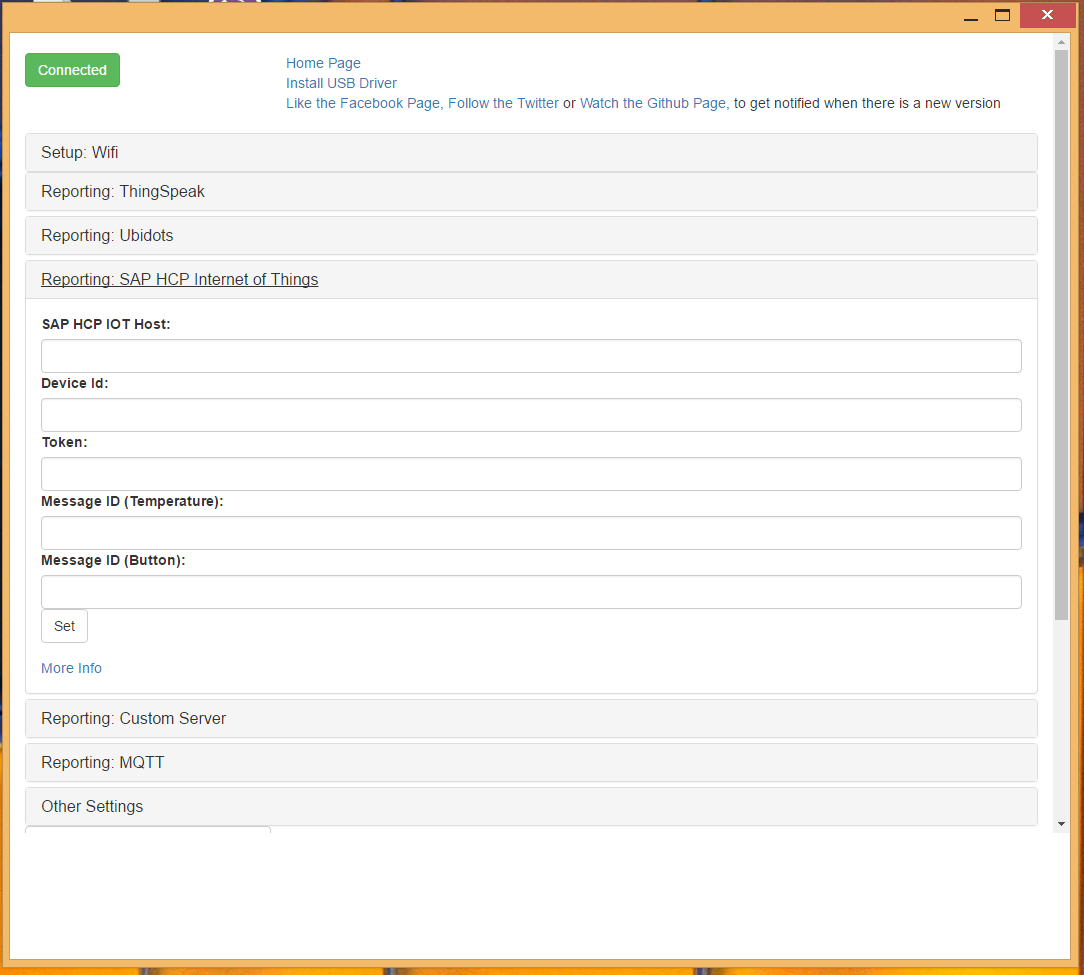 The final step of the scenario is a script with examples – how to setup the Hardware Device and the IoT Service. Also there are example HTML5 Applications that can be directly deployed or extended so harness the power of HCP. With simple code-snippets the Web Apps show how to:

To help bring this device to live - support it on: