People and Their Cars

Six Ways the Digital Economy is Changing Relationships Throughout the Automotive Industry!

“In the future, people may outlaw driving cars, because it’s too dangerous. You can’t have a person driving a two-ton death machine.”

As farfetched as this may seem, and I do not buy into it…the prediction that autonomous driving will become the new norm is widely agreed upon. Companies such as Ford, BMW and Toyota all have confirmed plans to introduce self-driving models to the market in the next 5-6 years. In an in-depth report from BI Intelligence, analysts predict there will be nearly 10 million cars with self-driving car features on the road by 2050. “I almost view it as a solved problem,” said Elon Musk during the 2015 GPU Technology Conference. “We know exactly what to do, and we’ll be there in a few years.” 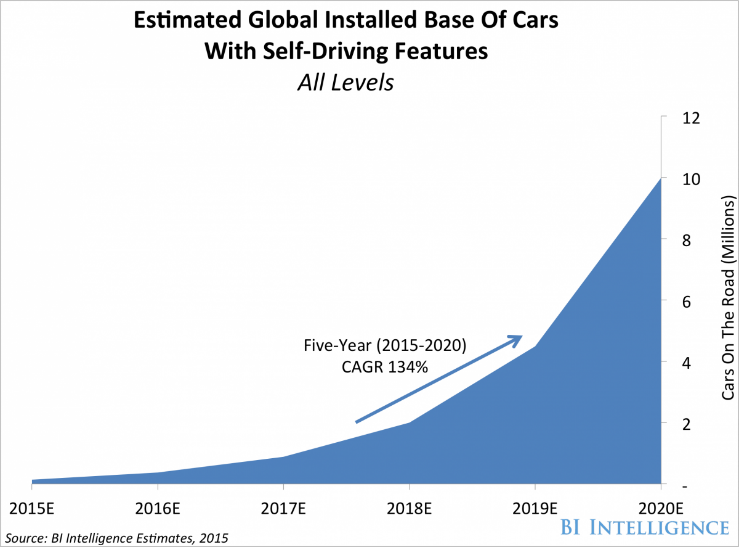 Yet, the advent of driverless cars is not the only radical change on the horizon for the automobile industry. Below are five additional shifts brought about by the digital economy that potentially will redefine the relationships people have with their cars.

Car Ownership Will Become a Hobby.

The millennial generation seems to have a declining interest in owning a car. New vehicles sold to 18- to 34-year-olds has significantly dropped over the past few years. It used to be that owning a car provided a unique form of self-expression and gave drivers a sense of freedom. Today, however, roughly one in three teens wait to get their license until they turn 18. “Surveys tell us young buyers are less interested in owning cars,” said a Toyota spokesperson in an interview with Reuters. “They either don’t have the financial leeway or they’re substituting car ownership with ride-sharing or car-hailing services like Uber.

Transportation as a Service

Ever wonder why Google and Apple are getting into the car business?  Their interest in vehicle technology actually has nothing to do with selling cars. Instead, these service providers are looking at vehicles as another channel to provide consumers with valuable, sharable services rather than a method of transportation. Accessing consumers through their cars gives technology provides the ability to never lose touch with the consumer though “nuanced” drives. For example, imagine a driver wants to stop by Starbucks on his or her way to an event. There ae two possible routes. Using connected logistics technology, Starbuck’s pay Google to recommend the route that goes by one of its stores and presented the driver with a coffee coupon. Thus, Google and Starbucks both make money and the driver get a coffee. In this way, cars will evolve to be enablers for content provided by third-parties.

Cars That Heal Themselves

Using data transmitted from thousands of embedded sensors, future vehicles will be able to self-diagnose maintenance issues and alert the driver to the actions needed to resolve the problem. Taken even further, these cars will be able to access a connected ecosystem, enabling them to automatically order replacement parts, schedule repairs and even locate the nearest repair shop.

Vehicles Communicating with the World around Them

One of the largest obstacles to the adoption of autonomous vehicles is the issue regarding how vehicles make decisions. Self-driving cars need “smart” infrastructures that allow them to communicate with other vehicles, traffic lights, weather sensors, parking structures, etc. Often pavement marking are used by cameras, radar and laser-mapping tools to help vehicles safely navigate their surroundings. Infrastructures are already under development that store, analyze and transmit tremendous amounts of data.  Once universally agreed upon standards can be developed, these necessary infrastructures will create critical, data-rich environments.

While these are just a few of the changes the auto industry may face in the future, one thing is certain – fast-paced technology innovations are forcing manufacturers to re-imagine what and how they sell. Whether they are delivering products or services, companies throughout the automotive ecosystem must look for new ways to connect with customers. Making data-based decisions will be key to evolving their organizations and ensuring success no matter what the future holds.

and likely will drive disruption/innovation in areas like traffic engineering, road construction & materials, etc..    I can envision those HOV lanes that exist today starting to shift over to autonomous vehicle or "AV" lanes before too long!