On June 7th I’ve been one of the lucky ones to participate in the 5th edition of the Internet of Things Event which took place at High Tech Campus Eindhoven, The Netherlands. During this 2-day event many insights in the rapidly developing market, in new technologies and in how other businesses apply the new opportunities that are brought by IoT were given.

Craig Cmehil, supported by Twan van den Broek and Frank Basten ,guided all of us in connecting a Tessel (IoT) device, via our laptop, to the HCP.

The “plan of approach” was well documented and could be reached via http://go.sap.com/developer/tutorial-navigator/developer-tutorials.beginner.html and then scrolling down to the “Internet of Things” chapter 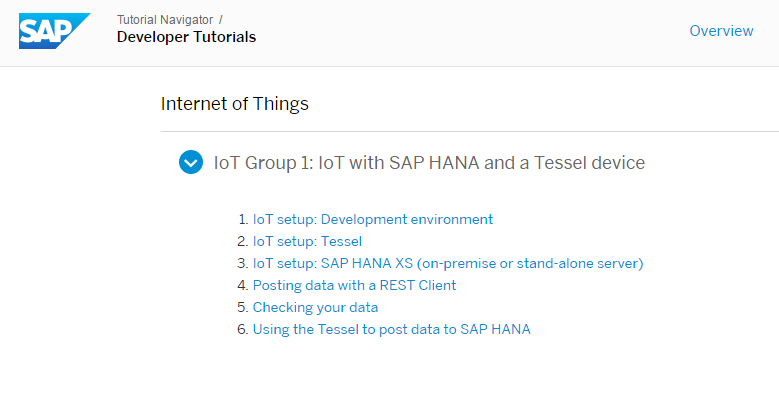 Even though the tutorial is completely self-explaining, there is one little trick (thanks Craig) that I don’t want to withhold all of you.

Usually, when plugging in a Tessel device, you should be able to start playing with it automatically. In other words: Windows (7) should recognize your Tessel device so you can proceed with the installation of it as described via http://start.tessel.io/install

Unfortunately, as to be seen above, my Windows7 laptop didn’t (“No devices found”) and also the information on http://start.tessel.io/installdid not offer a working solution:

And then, at least to me, the magic happened…. After struggling for way to long (we only had 90 minutes to Tessel-play around) with unwilling device drivers, Craig presented the solution by pointing out a nifty piece of software called Zadig (http://zadig.akeo.ie/)

After downloading and installing Zadig, I’d executed the small .exe program and it immediately recognized the (via USB) connected Tessel device

After successfully installing this device driver, which recognized the Tessel,

my IoT journey could be continued… 🙂