Education Of International Students in Australia – Visualizations on SAP LUMIRA

Education Of International Students in Australia

Almost half a million international students from nearly two hundred countries studied in Australia in 2015, demonstrating Australia’s strong global-competitiveness in education. Australia’s ranking in the global student community remains strong, with the 2015 figures representing growth of 10 per cent on student numbers compared to 2014.

This Blog is a part of the assignment for Business Analytics at Victoria University. We are Post Graduate students from Victoria University and learning major SAP ERP systems. This is our visualization assignment and we used SAP LUMIRA as our visualization and storytelling tool. This assignment is quite challenging as we have to search the data set, clean it and transform data sets into various charts showing the fluctuations and results. We encountered many trends in incoming of international students from different nations from year 2012 to 2016. This graph depicts the variety of population in Australia from different countries. The Australia has already become the second country with highest diversity in its population. Dark green region is China. These countries are leading for migrating students to Australia. Chinese students continue to flock to Australia with 136,097 students in year 2015 – up 13.3 per cent on the 2014. China contributed 27.3 per cent of all international students in Australia, the highest of any nationality, with India second, contributing 10.8 per cent. Nationalities in the top ten countries – China, India, Vietnam, Republic of Korea, Malaysia, Brazil, Thailand, Nepal, Indonesia and Hong Kong – together contributed just over two thirds, 66.2 per cent of total international student numbers. This Government’s reforms have cut regulatory costs for institutions by $48.2 million a year, allowing Australian universities, vocational education and training providers, English language providers and schools to focus on their core business of providing high quality education to students.

There was a drastic 23 per cent year-on-year increase in Chinese commencements in the 2016 and a 26 per cent increase specifically in the higher education sector. 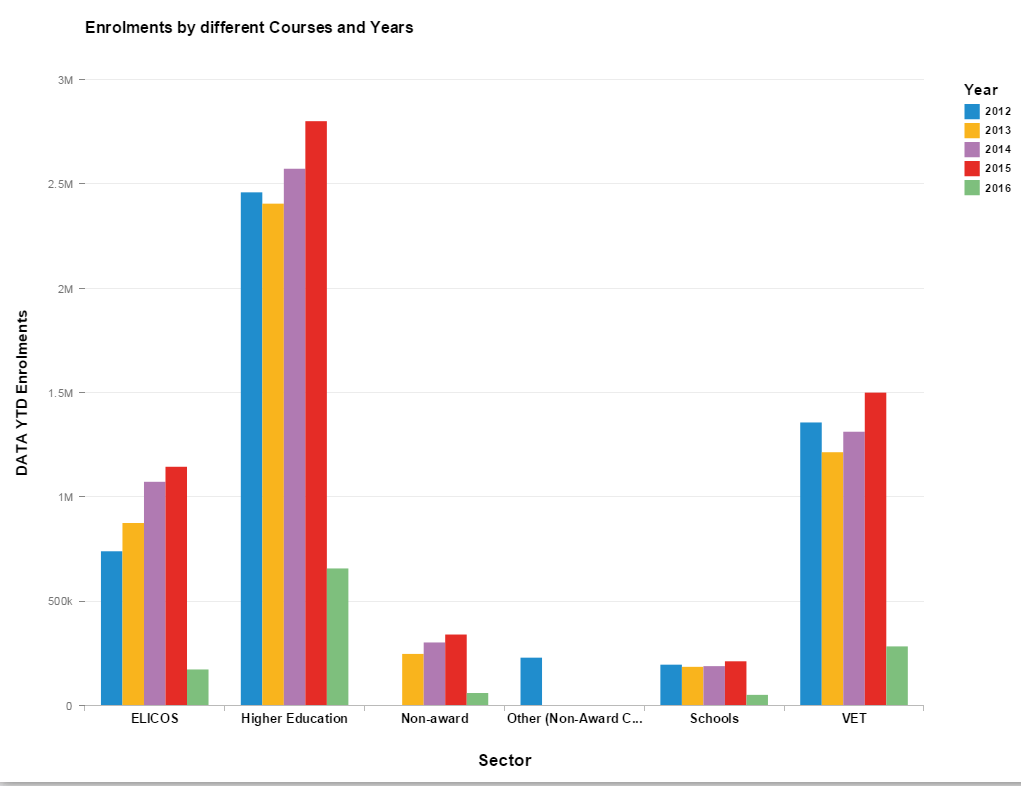 Meanwhile Chinese students have accounted for some 29.4 per cent of enrollments over the 5 years, up from 27.8 per cent in the first three months of 2015. But China has a solidly growing population of about 1,381,000,000 and comparatively speaking there is very few of us. India’s population isn’t far behind at around 1.25 billion.

It is predicted that students whose willingness to study abroad is deflating, so provided that education standards are maintained and establishments can facilitate foreign students appropriately, Government forecasts will continue to project nothing short of an explosion in student visas. These charts prove that international education is one of the five super-growth sectors – it’s one of our top services exports and it’s supporting our economy as we transition to a more diversified economy. 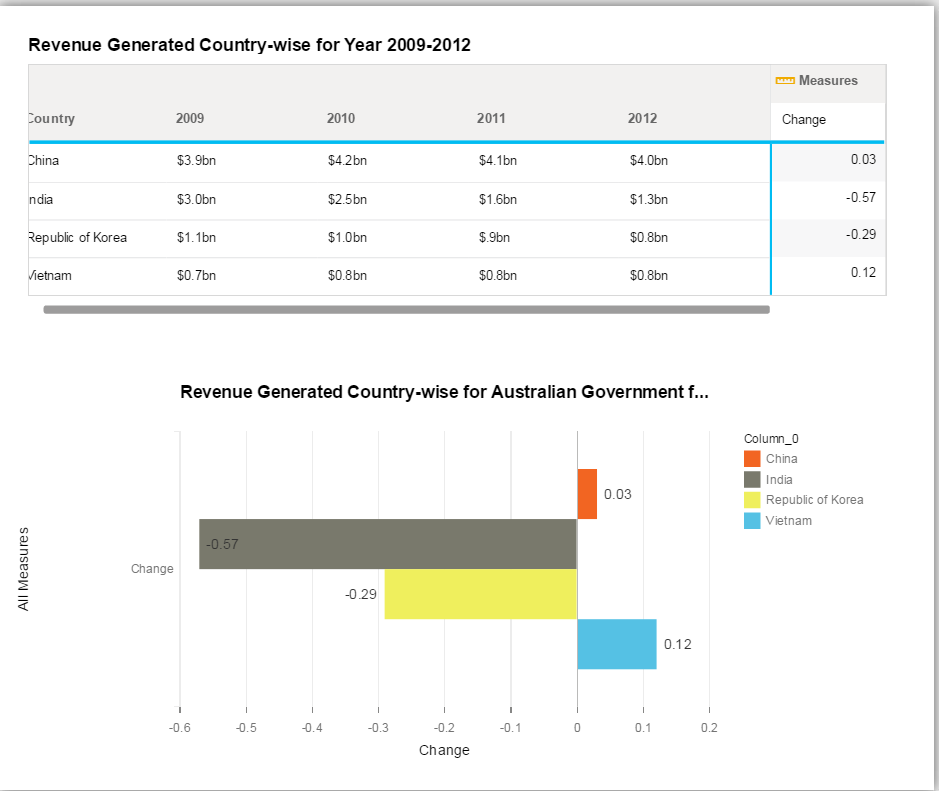 International education delivered nearly $20 billion to the Australian economy in 2015, confirming the importance of the sector to Australia’s growing knowledge economy. Australia offers high quality education services, teaching, learning and research and Australia have world-leading tuition protection arrangements, which is why 498,155 international students chose to enroll across all Australian education sectors in 2015.The Government is continually working to improve the competitiveness of the sector by streamlining the administrative burden for education institutions while maintaining strong protections for students. A large number of 46,370 Chinese students have already commenced courses in Aussie educational establishments this year, which is 23 per cent more than this time last year in Sydney and then Melbourne. Enrollments have increased by 36 per cent over the past three years alone, with most international students bound for the largest capital cities, like Sydney in NSW, Perth in Western Australia, Melbourne in Victoria and Canberra and other cities. Well, that plus the fact that a lot of the most prestigious Universities, schools and colleges are located close to the centres of the most populous capital cities. 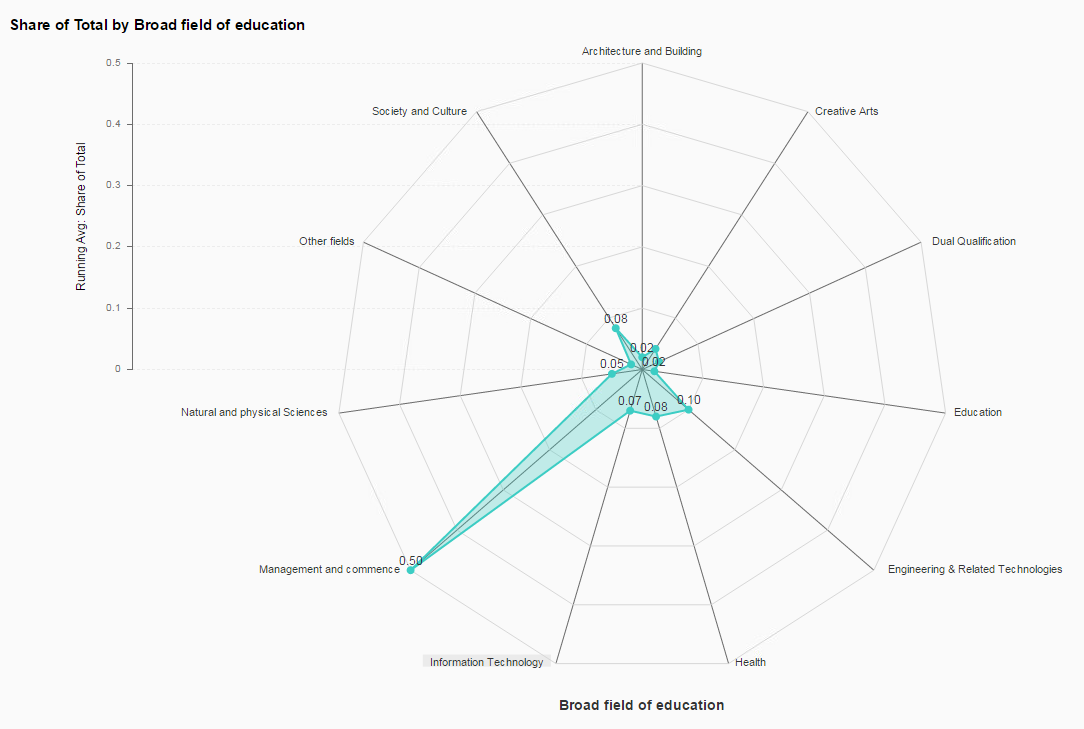 There has also been very strong yearly growth in Indian student enrollments, which one assumes is predominantly a Melbourne thing. Also Australian government rolled some leniency streamlining of visa rules for international students, so many of the Asian students will be getting permanent residents and Australian citizens. On this chart, 70% of international students have shown interest to study management and commerce and then comes to IT with 68%. Health industry is blooming with share of 59% and Engineering with the rest streams.

As an International student myself I’m all for it and go on to make Australia an infinitely richer place in many more ways than can be measured by accountants with Excel spreadsheets and lot more coming ITians.

Good job on the chart selection. All the best !