Do you think the golden age of TDMS will be starting with SAP HANA?

It’s my idea but wonder if there are others who believes like me.

You know TDMS (Test Data Migration Server) is a tool based on SAP DMIS component (SAP SLT is also based on it) and used for scenarios like:

For this TDMS is the solution provided by SAP.We implemented the TDMS for 8 projects in Turkey (10 sold) and in every customer, where we didn’t involved during sales/presales phases, we did have the same discussion. Somehow, sales guys sell the product as an alternative to System Copy and that is resulted with lots of discussions like: 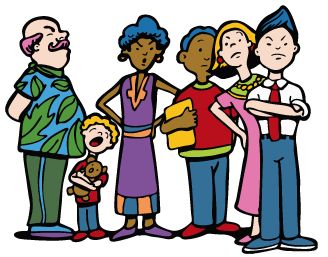 So, when HANA 1st introduced for Business Suite, I started to believe that TDMS is going to be the most wanted tool.

For every SAP landscape, system is setup with 3-system landscape: DEV, QAS, PRD. For critical solutions, even PRD-HA and PRD-DR systems exists.

For normal AnyDB system, PRD system can be a high capacity server, but others can be a minimal. For example:

But, in HANA, this completely changes.

– For Systems copied or synchronously replicated from PRD system, you must have the same size of RAM. Otherwise you’ve to use Export/Import for system copies.

So, the same example ERP landscape (assume that RAM size for PRD is 1 TB) will be:

Of course you can consolidate with putting DEV, QAS and PRD-HA on same machine with 2TB RAM for example.

We know that SAP is working on something named Dynamic Data Tiering but still not sure if it will decrease the requirement of RAM on target systems like QAS System.

What I believe is if SAP invests on TDMS to work with SAP HANA and SAP S/4HANA, customers will use it to lower their SAP HANA TCO by decreasing the capacity requirements on DEV and QAS systems.

SAP TDMS already works with SAP HANA and has done pilot projects with S4HANA/sFin too. SAP is currently in the process of defining and planning a new solution to support the TDMS use cases in S/4 HANA.

Please share the latest documents if any for SAP S4HANA scenarios, as was mentioned by Bilgen.

Hello, As of now these developments are in pilot phase hence these are not available.

Anyone has already used TDMS over HANA-DB?

We are trying to implement TDMS for date-based reduction projects over Oracle and the execution times are huge, no matter all the tunning we do. It is a nightmare.

This year we are migrating to HANA. I´d like to know if TDMS performs better on memory database.

No responses on this..  strange.. appreciate if someone could throw some light on the TDMS for / on S4HANA. I know solman 7.2 has got the connectivity, but would like to see more documents flooding up from SAP, enabling global users to get their hands dirty.

And why not come up with a trial version, when SAP S4HANA including SFIN/ SLOG and other modules are on trial, enabling customers to taste its flavor.

Hello everyone,. am not seeing any msgs on this page. Hope all is well with everybody..

Can anyone throw light on the latest version/ snote of TDMS component, and throw some light on the installation / activation/ configuration process- keeping S4HANA and other systems in view.

Can we install TDMS on solman ,. or does it come with solman 7.2?

Appreciate if someone who worked on TDMS could answer with details.

Any update on the TDMS tool being adapted to handle s4hana / sfin systems?

OSS Note 1632914 clearly says that TDMS will functionally be ready to work on S4 in future releases. Currently it is not supported.

We had a discussion with the product team for TDMS in SAP.. there is no further road map for support of TDMS on on-premise S/4HANA systems. Also there is no visibility on Cloud versions as well..

There are a few other external vendors who have a similar capability and support S/4HANA.