After a three-and-a-half year process, in July 2015 my wife and I completed the international  adoption of our daughter Lily. Working for SAP throughout this life-changing experience meant that I received the critical benefits of time, money, and encouragement from my peers. 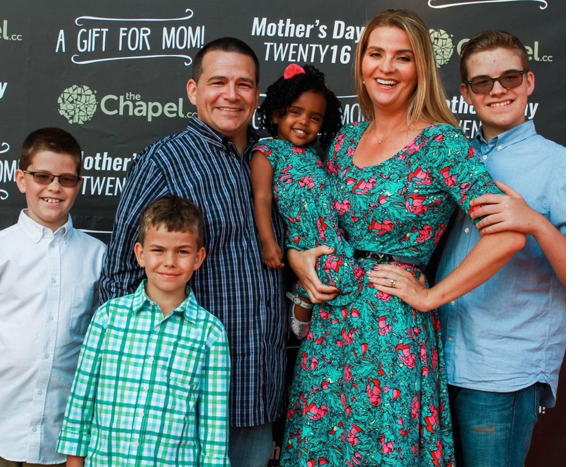 The Stirring and the Weight

During my 18 years at SAP, my wife and I have had three biological children. We didn’t plan to have more, but something changed in 2011.  After visits to eastern Africa and involvement in mission work, we felt compelled to grow our family through international adoption. Research revealed a startling fact: The process costs an average of $42,000.  For a family in any fiscal situation, this figure is daunting.

International adoption isn’t as simple as it probably should be, frankly. Initially we thought we could move it forward through sheer force of will. Completing documents quickly, it seemed we would be the exception to the average completion time of two-and-a-half years. Unfortunately, due to U.S. and Ethiopian government bureaucracy, it took us that long just to be matched with a child. On February 5, 2014, we received a picture of a beautiful, healthy 10-month-old girl who would become our Lily.

With all of the delays, our costs began to bloat. For example, who can imagine that requirements like recorded fingerprints could expire and require renewals with fees?  That alone was a laborious and costly correction. Home studies and other documents also expired, and it was as if we had to start from scratch. It was painful knowing that a part of our family was so far out of reach.

Finally, on July 2, 2015, we appeared in an Ethiopian courthouse with our three sons,13, 9, and 6, to claim custody of Lily, at that point just over 2.  After a final approval from the U.S. Embassy, we brought her home to Tampa, Florida on July 17.

Lily has had remarkably few struggles acclimating to our family; seemed she has always been a McMillan. In a house full of boys, all of the pink has been quite the shock to the system, but we wouldn’t have it any other way.

SAP’s vision and purpose is to help the world run better and improve people’s lives.  With over 5 million orphans in Ethiopia alone, there are a lot of children in a bad situation. While I couldn’t improve all of their lives, SAP made it possible for me to improve Lily’s.

The adoption assistance provided by SAP is world-class. The $10,000 financial assistance eased the burden of the experience. With six weeks of paid leave, I could comfortably visit my daughter’s homeland, and still have time to help her settle into our family.

Lily has been home for over nine months now, and my life has been made immeasurably better because of it. For that, I am #thankfulforSAP

What an inspirational story, thank you for sharing your journey. You have a beautiful family!