We wrote this blog as a part of assessment in subject BCO6007 Business Analytics at Victoria University, we are fortunate enough to work with influential mentors and thanks to our Lecturer Paul Hawking and Tutor Mohammad Bilal to give us the opportunity to work on SAP Lumira.

First we prepare the Data set on International students coming to Australia then we analyzed the data using SAP Lumira and created a story on  Link between Student Pathways and Enrolment Forecasts.

It is important to see the international student commencement allotment by dividing it to various parts. This way it is easier to understand the connection between student pathways and enrolment forecasts. 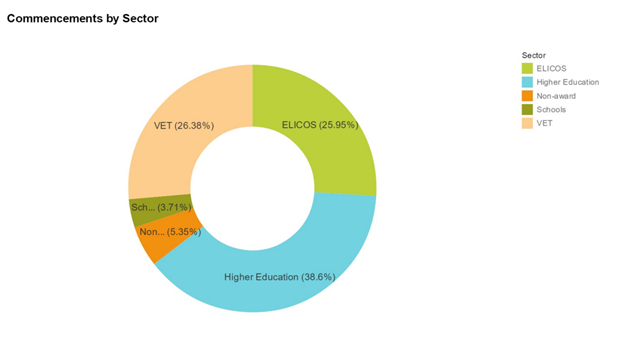 Australia enrolls students into various sectors. It’s acceptance of international students is diverse and all inclusive. 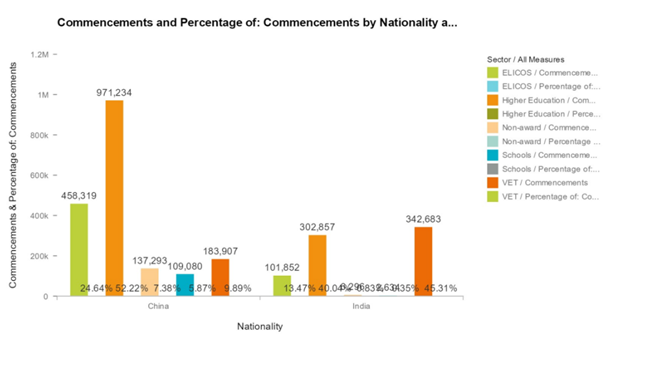 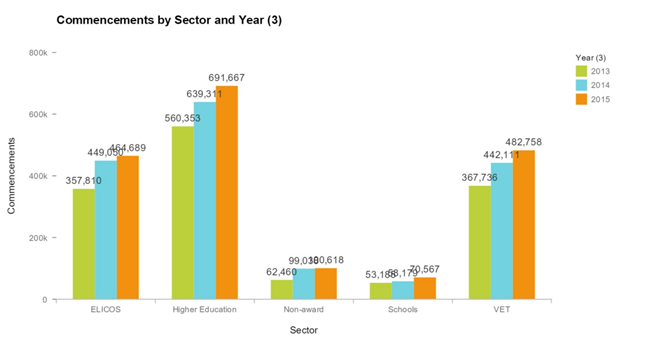 Comparing and Contrasting Sectors by Year

Australia has been increasing its student intake every year in all sectors. However some sectors have demonstrated a high growth when compared to the remaining other sectors. The non award sector experienced the lowest growth from 2014 through 2015. Schools saw a very slight growth of students through the year. VET is the second largest sector next to Higher Education that is showing a significant growth. Both accept high amount of students every year. 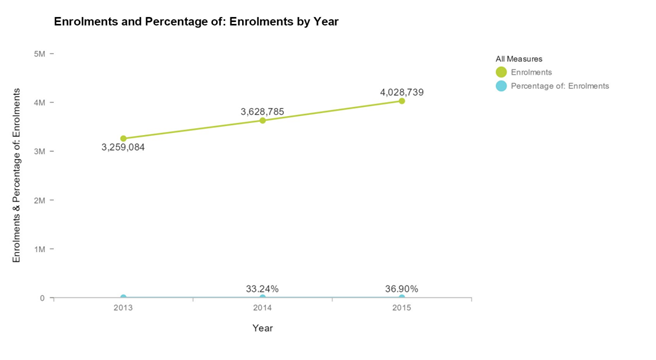 Therefore as we have seen the facts listed above, the pathways of international students in Australia have a very high impact on their enrolement. For example we have learned that students commensed in the VET and ELICOS are wide in number and have a higher annual growth than the other three sectors. The impacat of the pathway is quite clear to be seen.

Even the pathways choosen by different countries were different and the enrolement forecasts would also follow the same pattern by following the finger prints of student pathways.