Today was SAP Inside Track Belgium, the first one held there in 4 years, said one person on twitter.

Attendees at the event were quite active on twitter, at one point, the hashtag #sitbru was trending there.

The above shows the tweets were mostly in English, some in Dutch, French and German 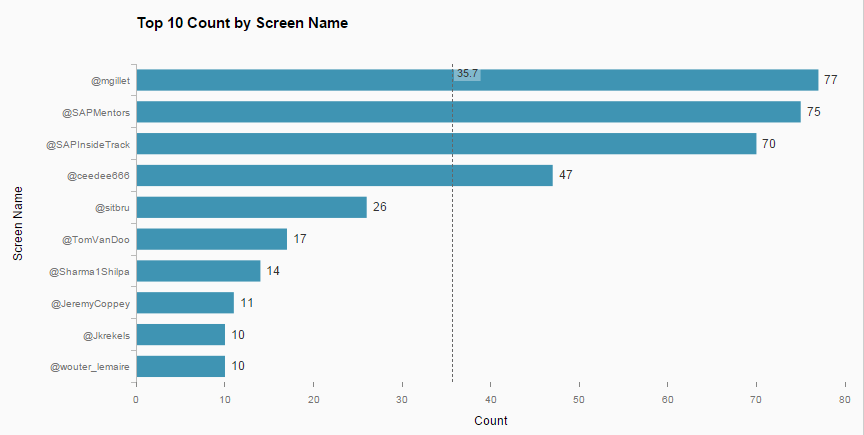 If you followed the hashtag today on twitter, it’s no surprise that the great Martin Gillet was the top tweeter.  His community energy and passion are unmatched. 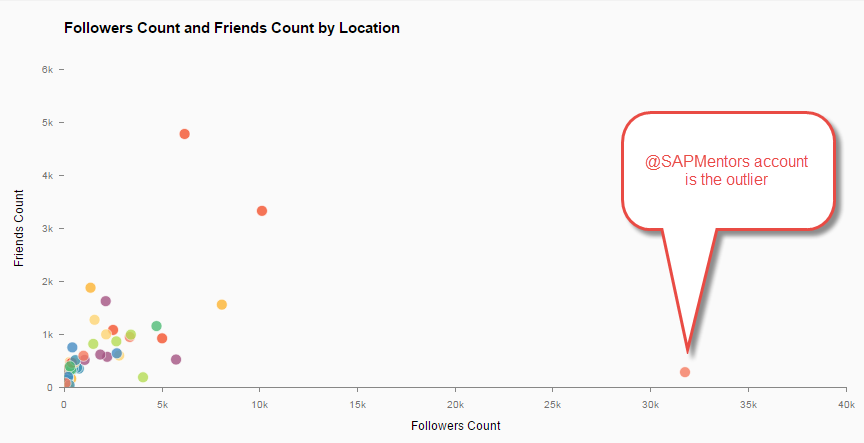 This is a suggested visualization from SAP Lumira, showing the SAP Mentors twitter account is the outlier at over 31K followers 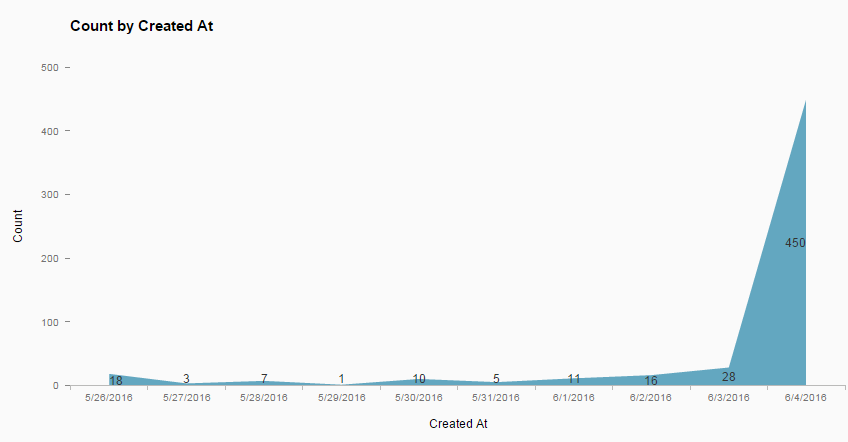 The above shows the tweets by day, with most of the tweets occurring today, the day of the event. 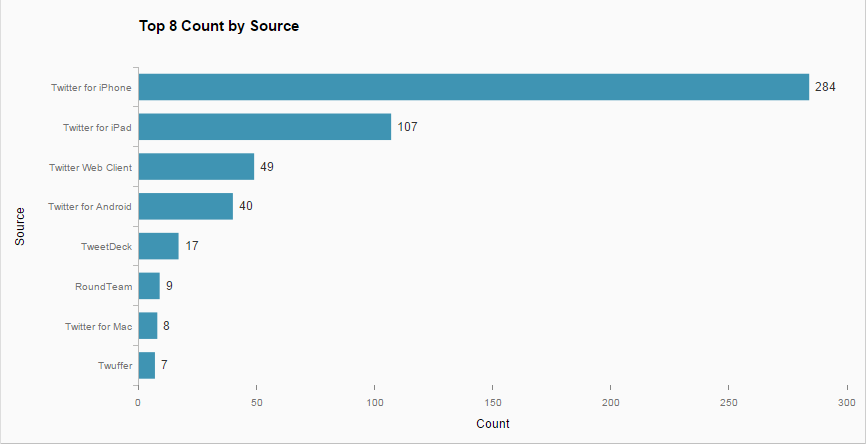 This is always interesting to me, as different places in the world use different devices to tweet.  Above shows twitter for iPhone as the top source of tweets, with twitter for iPad a distant second.

The top tweet, retweeted at 15 times, was this one by Martin Gillet: