Is Giving People a Chance the Ultimate Disruptor?

Companies that are “disrupting” the marketplace are generally regarded as having been established after the dawn of the digital age. However, even back in 1987, Home Trust Company found success by disrupting the market. They accomplished this by accepting opportunities that Canada’s big banks were turning down. Their business started with just 12 people and one savings and loan, and has now grown to around 1,000 employees and over CA$20 billion in assets.

Home Trust Company’s focus still remains on the alternative lending space. Their customers include people with variable incomes that don’t qualify at the big banks, including the self-employed, and people with bruised credit. This “disruptive” niche market includes plumbers, electricians, lawyers, and dentists to name a few. 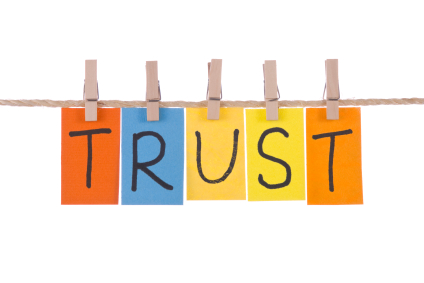 Martin Reid, president of Home Trust Company, believes that unexpected life-changing events that damage someone’s credit rating shouldn’t mean that person should be automatically rejected for a loan. One of their stated goals is helping people that can’t get mortgages to be able to get one.

Reid stated that lower credit ratings are often related to temporary situations like marital break-ups or a business bankruptcy. However temporary, these same people run into road blocks with big banks. Home Trust Company has always believed in looking at the whole picture of people and the high likelihood that good credit ratings usually come back.

The Home Trust approach is realizing that every customer is unique and providing hope for the future. Not surprisingly, the bank is also an “exchange station sponsor” of the annual HOPE Relay.  The Project HOPE Foundation offers a lifespan of services for individuals of all ages across the autism spectrum. The HOPE Relay for autism, sponsored by Home Trust Bank, was held November 14, 2015.  The event was staffed by bank employees and featured the joy of exercise, the camaraderie of a team, the competition of a race, and – most importantly – the satisfaction of supporting the services of Project HOPE Foundation. The HOPE Relay perennially offers six ways to participate: run, walk, donate, sponsor, volunteer, or spectate.

Serendipitously, Home Trust’s technology partner SAP also recently announced their ambitious goal of training and hiring nearly 700 more adults with autism. It’s a move that puts people to work who may otherwise have been passed on by recruiters. In fact, 85% of autistic adults are jobless or underemployed. SAP believes that people with autism possess unique talents that would benefit the company.

Seeing and believing in the potential of people that otherwise may have been passed by for loans has truly been a win-win for Home Trust as it has contributed greatly to rapid growth. But Reid also notes that the exponential growth in their business had resulted in layers of increased complexity. After a diligent search for a solution, the company leveraged a co-innovation and strategic support engagement offered by SAP MaxAttention services.  “The SAP solution is very scalable. Without SAP software products, I’m not sure we would have been able to grow the way we have grown. SAP is the amazing engine that makes Home Trust a powerful force for the underserved.”

Home Trust Company has been disrupting the marketplace for decades, and the transformative digital technology offered by SAP is allowing the company to embark on a new kind of disruption – the digital kind now made possible by the digital economy. The result is new hope for many people who truly deserve to be in the game.

After all, something amazing happens when companies stop worrying about what others aren’t willing to do and instead simply believe and invest in deserving people.