As of current release of Gateway (7.40 and 7.50),  Gateway doesn’t support registering service proxies for oData services developed other than ABAP stack.  But we may need to access the oData services which are developed in non-ABAP systems or any other third party systems.  In one of my insurance project which has a complex landscape comprising ABAP based systems, Java and other third-party systems and also integration with SucessFactors running in cloud.   I am detailing what is used in standard SAP shipment already with two options for the non-ABAP use cases.

Rest Tunneling is nothing but a forwarder which receives request in GW Hub and forwards the request to non-ABAP system through ABAP REST Client. This approach is used in SAP JAM integration in Fiori Launchpad.

SAP Insurance and Quotation Management (FS-QUO in short) is a Java based system and it is exposed through Web dispatcher directly .. SAPUI5 applications makes direct oData service call to FS-QUO as shown below. 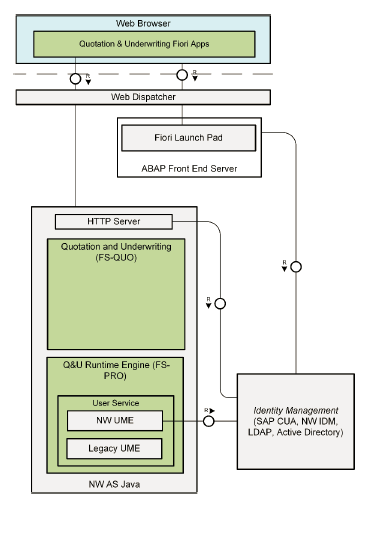