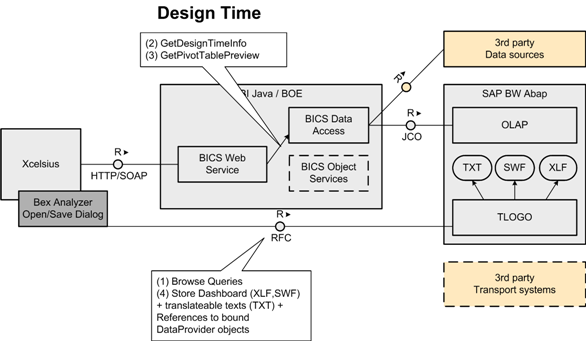 Dashboards/Xcelsius reuses the BEx Analyzer Open/Save Dialogs which communicate with the SAP BW via the RFC protocol. Over these dialogs it is possible to browse for queries and to store the dashboard.

The dashboard consists of three components. The XLF file which represents the dashboard source, the SWF which is the Runtime version and the TXT that externalizes all texts which later on need to be translated. In addition to this also references to bound DataProvider objects over various BI query connections need to be stored. The reason of this is to find all dependent objects when for example one object is moved to another system.

During the design of a dashboard that uses the BI query connection the user gets help about the contained characteristics in a query. This information is obtained via the BICS Web Service that is based on HTTP/SOAP. Logon data needs to be passed to the Web Service in order to connect the ABAP backend.

Within the BICS there is a part that controls and manages the data access and a part that provides the possibility to browse for BI objects like queries, key figures and so on – the BICS Object Services. The BICS Object Services part is not used at DesignTime due to project time constraints. Nonetheless that part is needed at Runtime to deliver the Launcher. BICS uses the JCO to communicate with ABAP. 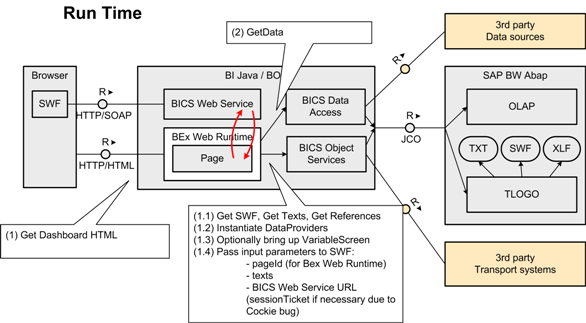 Advantages of this integration are as follows:

Design time analysis for these dashboards can be done in the BW backend. Without the dashboard designer client tool, basic information like connections and UI components used in the dashboard can be obtained directly from the backend. 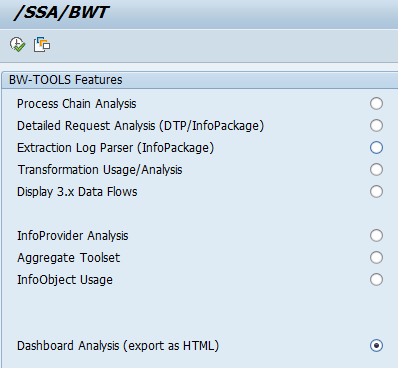 Export the report in HTML or other available formats. This file will contain the design time properties of the dashboard: 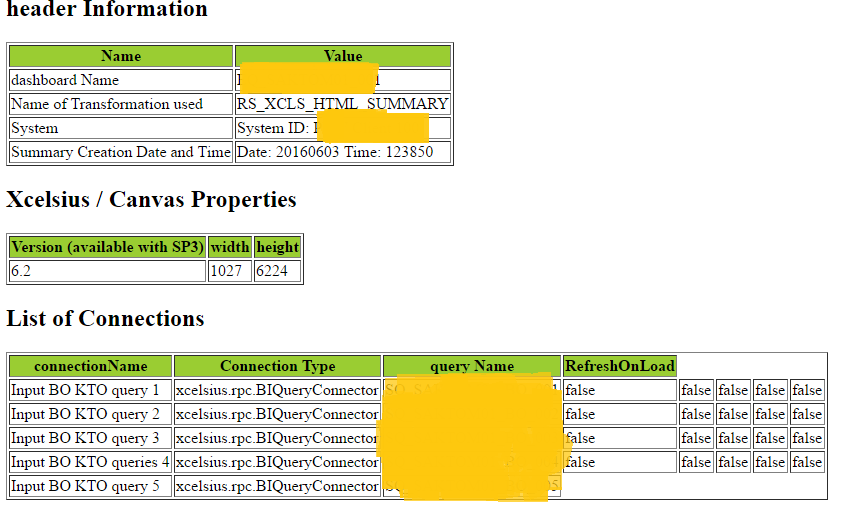 Hello Nandan, This article is so informative. Nice!.