Empowering refugees for a brighter future

Majd’s dream of finishing his University degree in Economics was interrupted by the war in Syria. Left with no choice but to seek refuge, he fled to Turkey in hope of continuing his education and establishing a better future for himself. Even with his own dire situation, Majd chooses to support children and young adults like himself whose education has been disrupted as a volunteer teacher and translator at a UNHCR community center in Istanbul. It was there that he first heard about and applied for SAP’s Refugee Code Week; quickly moving from translator to session leader, he now teaches coding skills to young kids.

Majd is one of the 22+ million people being forcibly displaced from their home countries by war and persecution in what turns out to be the world’s biggest refugee crisis since the 1940s. Egypt, Jordan, Lebanon, and Turkey currently host almost 5 million refugees.

Governments, citizens, non-profits and the private sector all have a role to play in responding to this major crisis. Businesses, with their ability to move quickly and scale innovation, can often take risks that other actors cannot afford to make on their own. One area in particular where innovation has the potential for large scale impact – while also delivering value to businesses and society — is in providing refugees with high demand digital and ICT skills.

ICT skills are a significant driver for both the economy and society. While ICT is one of the fastest growing industries worldwide, digital transformation in all industries is driving massive demand for highly qualified, tech-savvy workers. The Middle East is in dire need of skilled ICT professionals. The Kingdom of Saudi Arabia alone had a shortage of 30,000 ICT professionals in 2014 underlining the high demand for capable ICT experts throughout the region.

Bridging this gap between thousands of refugees and thousands of unfilled ICT jobs in the Pan-European region and the Middle East has the potential to build a pipeline of talent for Middle East companies seeking talented employees to support their digital competitiveness.

SAP pledged its engagement at the World Humanitarian Summit (WHS) by endorsing UNHCR’s efforts to unite private and public sector collaboration on the migrant refugee crisis.  At a WHS panel session titled “The Role of Technology in the Humanitarian Response to the Refugee Crisis”, we unveiled our refugee coding initiative, “Refugee Code Week”.

“Refugee Code Week is a practical example on the role of corporations in impacting the lives of refugees. The global ICT skills will point to enormous career opportunities for young refugees. It will be an added value for the refugees themselves and their host communities,” said Houssam Chahin, UNHCR’s Senior Private Sector Partnerships Officer for MENA.

With the extended nature of today’s conflicts, refugee camps in the Middle East are developing into longer term settlements for millions of people.  Under these circumstances, families need tangible solutions to help their young people get educated and equipped for employability.

This is what brought SAP to join forces with the UNHCR and the Galway Education Center to run hundreds of free coding workshops and online training courses for youth aged 8-24 inside refugee camps and in surrounding communities. Their goal: sustain a full life cycle of ICT skills support for all age groups. Taking place this October in Egypt, Jordan, Lebanon and Turkey, the Refugee Code Week initiative aims to empower 10,000 youth with the coding skills they need to thrive in the digital economy. The younger participants (8-17) will  get introduced to Scratch, a highly visual and playful coding program developed by the Massachusetts Institute of Technology, while older students (18-24) will delve into the realm of in-demand technologies: either web programming or SAP Business One, the business management software currently trusted by over 50,000 companies worldwide.

In preparation for October, experienced teachers and SAP volunteers have been hosting “Train The Trainer” (TTT) sessions during the World Humanitarian Summit in Istanbul as well as in the Zaatari UNHCR refugee camp and several Universities in Jordan. These TTT sessions equipped participants with the necessary skill set they need to teach coding to their peers and/or children in their respective communities, thereby multiplying the number of students Refugee Code Week can reach.

As a newly trained teacher, Majd commented “We are teaching kids something [SCRATCH] they would never get the chance to learn otherwise. I had heard about coding, but now that I have tried it myself, I am really amazed at its possibilities. People are feeling lost at the moment and this could really give them a new start.” 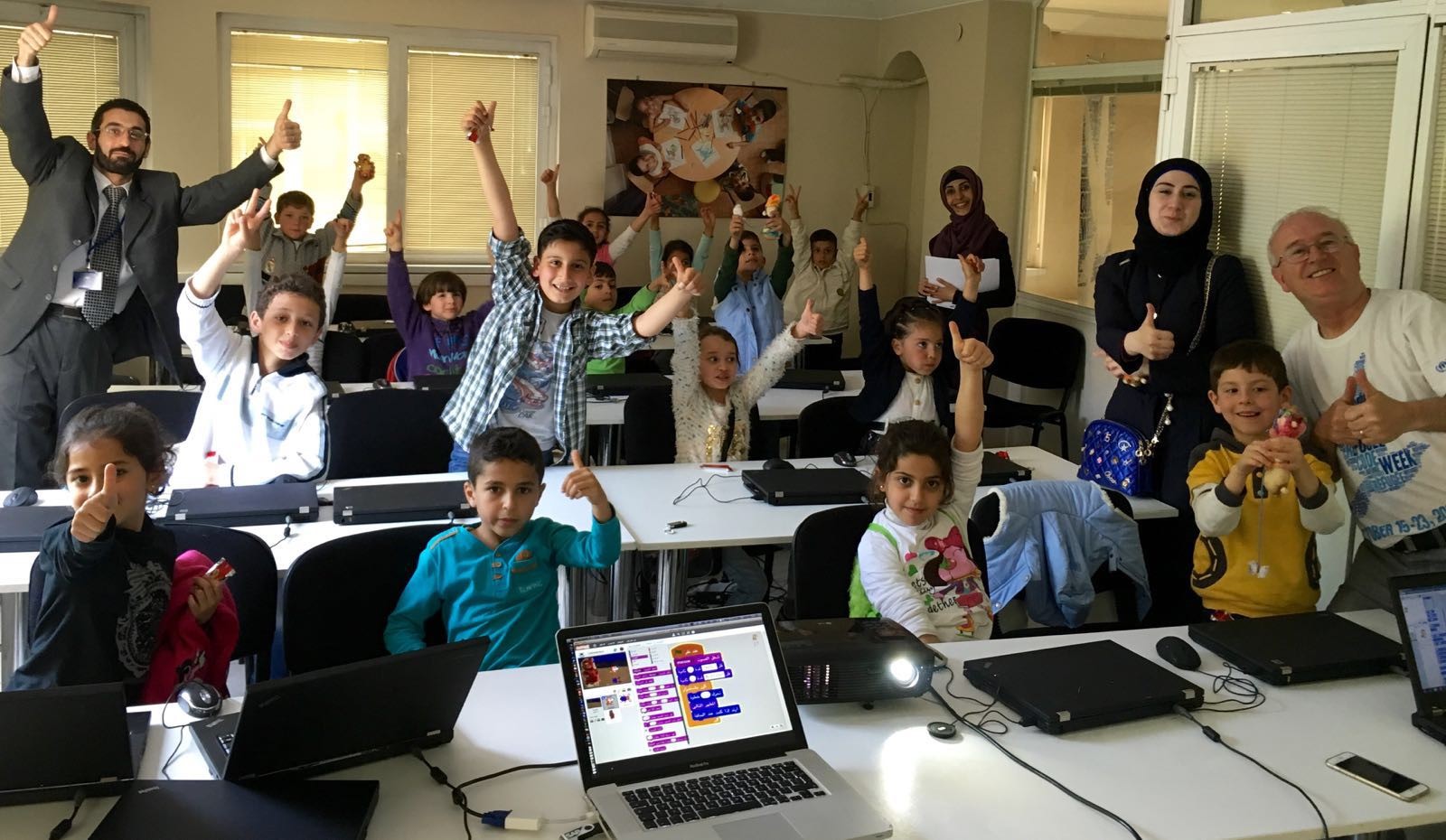 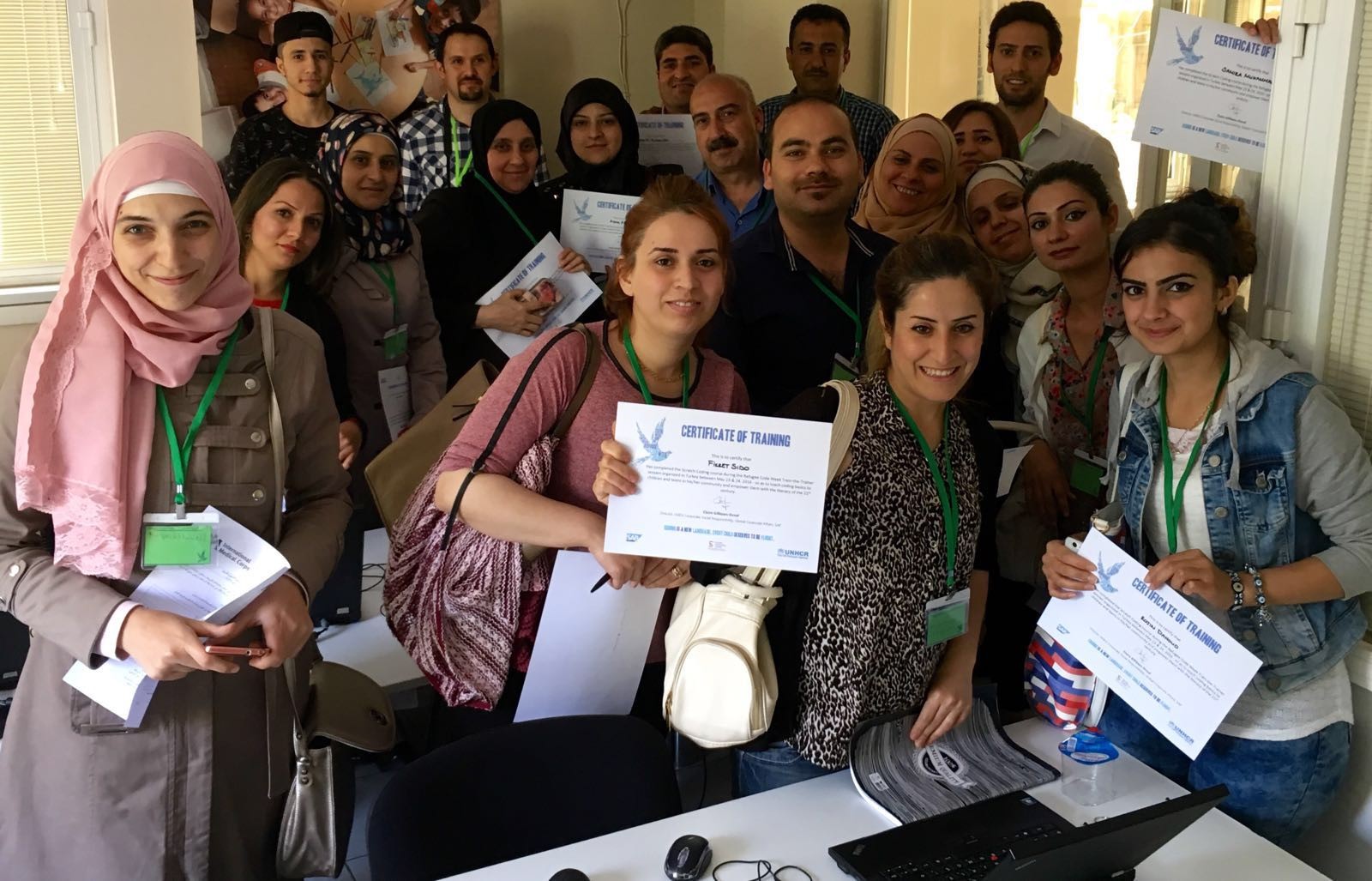 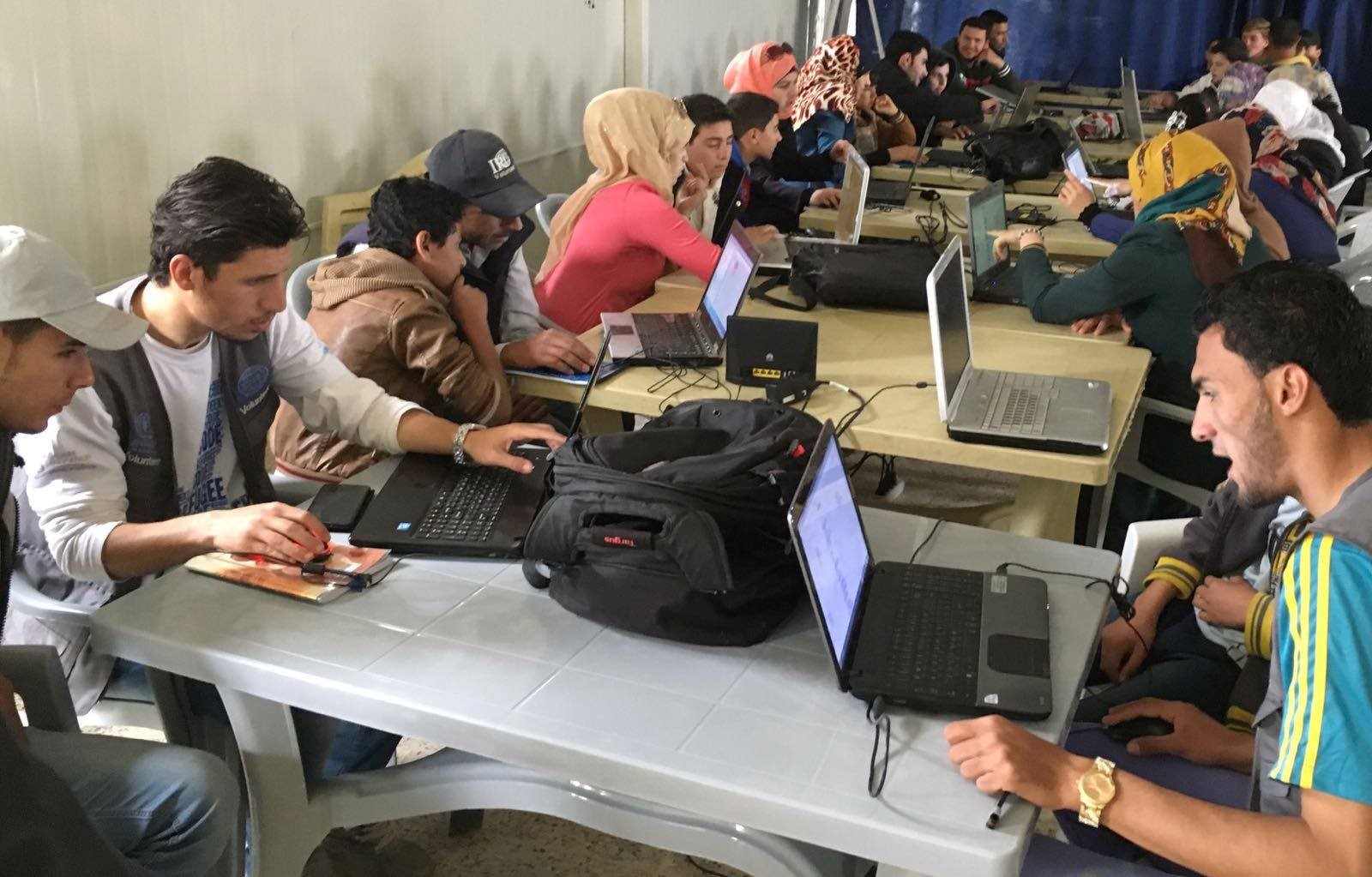