This subject is of a frequently asked nature and the documentation of knowledge I have on the subject, has been pending since long. When I rebuilt the first infostructure (S070) around 3years ago, my learning started on this.  As you know learning does not happen in a single event, it took considerable time to know about various aspects of LIS rebuilding. I had been replying to queries with the then knowledge I had. I delayed documenting of the same until now, with an objective of content enrichment. The stuff here answers the FAQ, most of our SAP-PM users / consultants ask about.

So the objective is to

Share my knowledge about how I rebuild SAP-PM infostructures whenever need arises.

I understood the LIS tables this way:

The Objects of Re-building Infostructure in SAP-PM:

The tcodes involved here are OLPM  and  OLIX .

Before we see what these tcodes are about, we see the LIS list relevant to SAP-PM. These are: 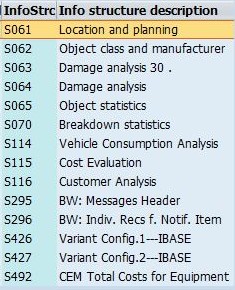 (Expecting not to receive any queries here on specific LIS of the above list, as this is not the present topic)

Then tcode OLIX is used to:

OLIX tcode is common across LIS of all SAP modules for the purpose of above listed functions, but OLPM is exclusively for SAP-PM and every LIS of other modules will have its own tcode equivalent to OLPM.

Now about How the LIS is re-built

Suppose I am in a situation already described as an example in the beginning, where I can not wait for OMOS scheduled update of LIS to happen and I need to do it manually say for LIS S070. (Another example situation can be an inconsistency in PMIS reports, which could force you to re-build the LIS). 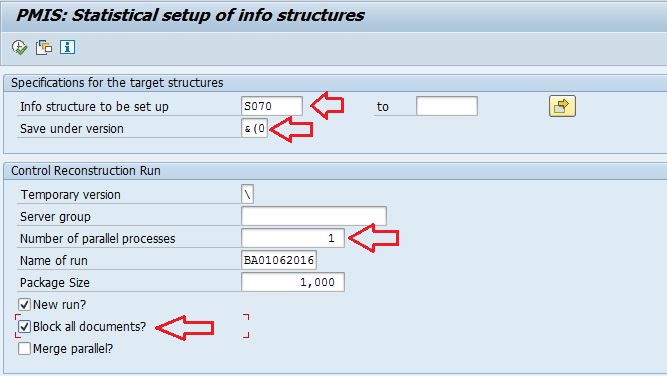 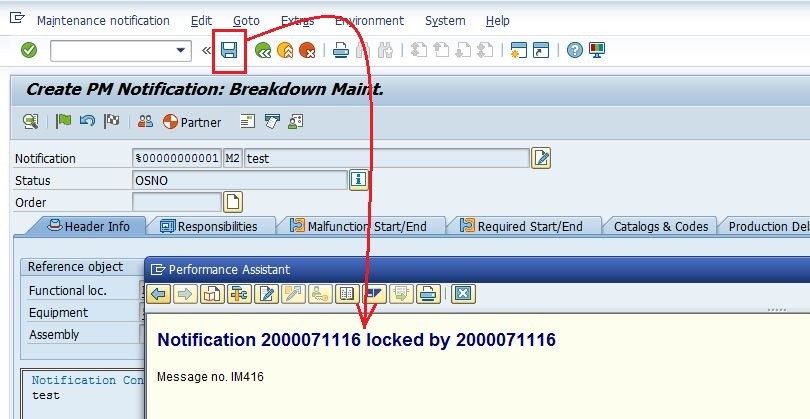 My experience here is that this step is the time consuming one. My system takes about 90 to 120 min for this task where the related tables have around 2000K records. Then it displays the information like this one. 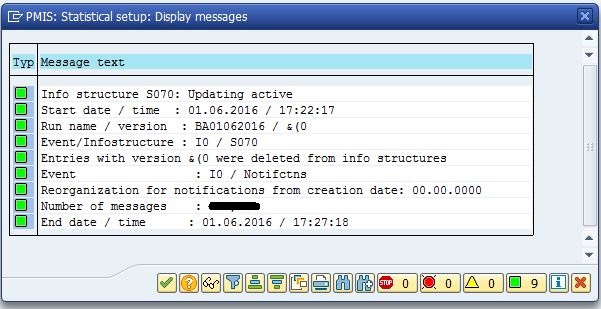 Now you are ready with a Temporary version records to be copied to Final version namely ‘000’. 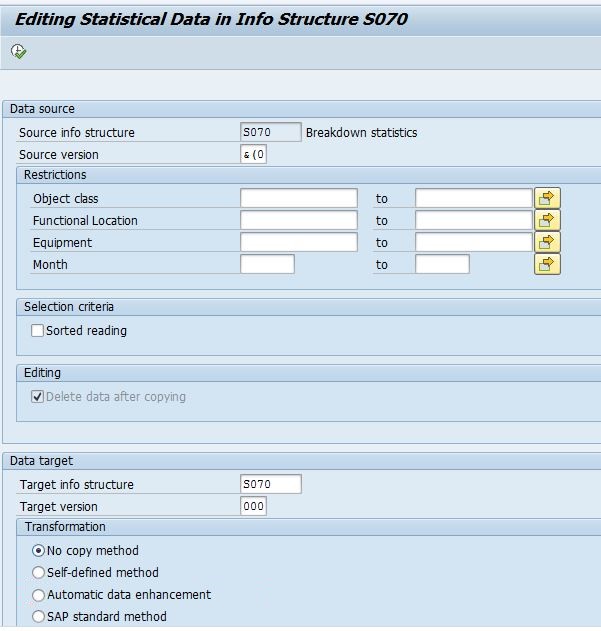 This step will not take much time (under 5 min). You get information similar to the above picture in the case of OLPM.

That’s all, the Re-build is complete.

I have experimented the following way by reducing the role of OLIX.

I think the job is done and it is time to stop.  Hope members will be benefited with this write-up.

Here is a related post after knowing the above concepts:  Hierarchical Equipment Availability Calculations on F/Locns

Your write-up's are always helpful, no doubt it will be beneficial to all members as need arises.The information what you shared on "rebuild SAP-PM info structures" is quite interesting and thanks a lot for the same.

This is very good document. I was Looking for such document.

My pleasure Shubham and PS R .

when i am running the last step that is copy+delete sysutem is asking for copy method. what kind of copy method should i assign there as there were no F4 help options.

It was due to wrong option showing in the earlier OLIX screen-shot (last picture of the post)  where an unintentional mouse-click changed the option in the Transformation block. It was showing 'Automatic data enhancement' . But it should be the 'No copy method' which comes by default.

I have corrected it. Thank you.

Nice document thanks for sharing SR.

You are very kind.

So nice of you communicating your opinion on this post LALIT . 🙂

Thanks .. Straight and simple hitting nail to the point....

While following your document line to line, word to word, i observed some typo error which i doubt have occured while writing the post. Kindly correct the same:

* Delete a version from a infostructure. (Option Delete version)

Thank you for the praise for the post. I appreciate your keenness in going through the post word to wrod. And thank you for noticing the typo and informing. I corrected it immediately.

PS: You may Rate the post as well at 'My Rating'.

I had a doubt, Tcode OMOS - where we define update frequency, is it updating the Info Structure automatically or we have to run Tcode OLPM whenever we need to update LIS.

Secondly, I want to find the program for the Info Structure, how can i find it as user wants to create batch job for updating data in info structure...

If i check TCode OMOS, the User defined info structures has "Updates Carried out at  Posting Period" is selected. So it means that Info Structure data will be rebuild on every Period??

Do we require any batch job for updating info structure separately??

We need to study it. My standard settings since beginning is Monthly. I observed that also.

To study your case, take an Equipment and run the MCJB. Keep a screen-shot. Now create a Malfunction Notification on this Equipment and Tick the Breakdown indicator and fill Malfn End date time, and Save the Notifn.

Now you run MCJB. See the difference. If the output has changed taking into account the newly created Notification, then it shows that it is updating instantaneously. In this case obviously Background job is not required.

If it is not so, it has got different meaning which we need to understand (through research)

In case of Monthly update, it will get updated monthly, and we need not run OLPM Tcode??